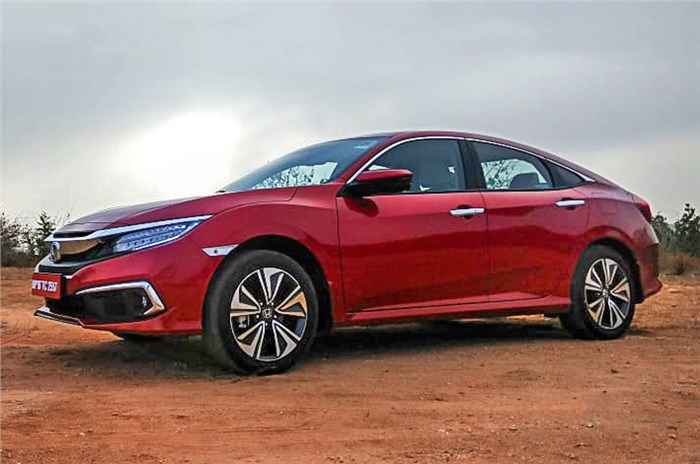 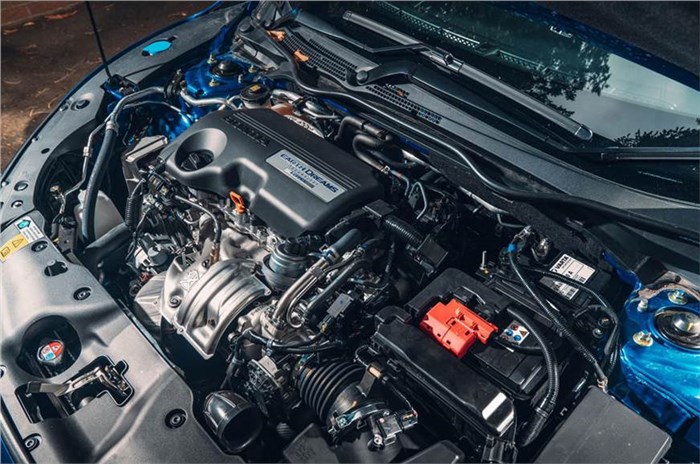 New Honda Civic to come with a 141hp petrol and a 120hp diesel engine in India; petrol model gets paddleshifters as standard.

Honda Cars India is all set to launch the new Civic in the domestic market sometime next month. The new Honda Civic, as reported by us earlier, will come with two engine options – a 1.8-litre petrol and a 1.6-litre diesel. We can confirm that the Civic for India will come with a 7-step CVT gearbox mated to the 1.8-litre petrol engine and a 6-speed manual gearbox paired with the 1.6-litre diesel mill. This means the India-bound Civic will not get a petrol-manual option or a diesel-automatic variant. The petrol-CVT also comes with paddleshifters as standard and features three drive modes – City, Eco and Sport.

The Honda Civic’s 1.8-litre petrol engine churns out 141hp and 174Nm of torque while the 1.6-litre diesel is good for 120hp and 300Nm of torque. Both engines will be BS-IV for now and will be upgraded to BS-VI once the deadline nears.

Key rivals to the Honda Civic include the Skoda Octavia, the Hyundai Elantra and the Toyota Corolla.