The updated Tucson will feature cosmetic updates as well as BS6 diesel and petrol engine options. 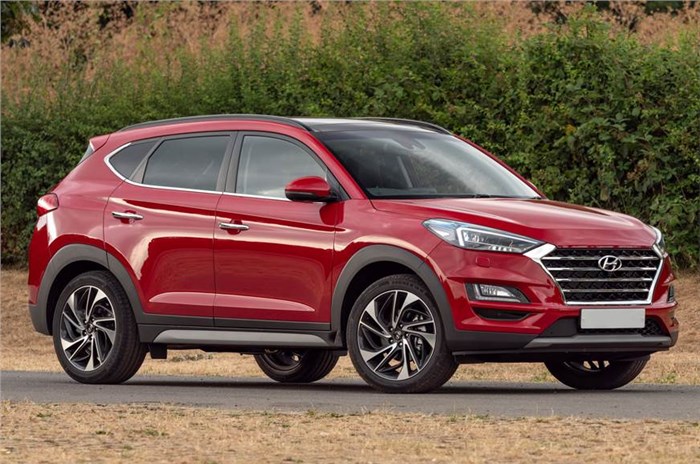 Hyundai is all-set to launch the new Tucson facelift on July 14, 2020, after quite a delay due to the coronavirus pandemic. The facelifted Tucson first made its debut in India at Auto Expo 2020, earlier this year. We had previously reported that the Tucson facelift was going to be Hyundai’s next launch for our market.

What changes have been made to the exterior of the Tucson facelift?

In terms of design, the 2020 Tucson doesn’t stray too far from the outdoing model as its overall styling remains intact. That said, the facelift does feature a new version of Hyundai’s ‘cascading’ grille, new headlight and tail-light units, and tweaked front and rear bumpers, all of which help give it a fresh look.

What updates have been made to the interior of the Tucson facelift?

On the inside, the big change is the new dashboard design, which prominently features a new free-standing 8.0-inch touchscreen infotainment system. This new unit comes with Hyundai’s Blue Link connected car technology. Other new features on the facelift include a wireless smartphone charger, a panoramic sunroof and electric front-passenger seat adjustment.

What mechanical changes have Hyundai made to the Tucson facelift?

The most noteworthy change to the Tucson facelift is that both the petrol and diesel engines from the outgoing car have been upgraded to meet the more stringent BS6 emission norms. The 2.0-litre, four-cylinder petrol engine will produce 150hp and 192Nm of torque, while the 2.0-litre, four-cylinder, turbo-diesel engine will be good for 182hp and 400Nm of torque. In terms of gearbox options, both engines will come with a torque-converter automatic as standard. However, while the petrol version will come with the older model's 6-speed unit, the diesel will get an all-new 8-speed unit. All-wheel drive (AWD) will also be reserved for the top-spec (GLS) diesel trim.

What will the Hyundai Tucson facelift rival?

Upon its launch, the Tucson facelift will go up against the Jeep Compass and Honda CR-V. The Korean carmaker is also going to offer the Tucson facelift in two trim levels – GL Option and GLS. With the mechanical and cosmetic updates, the prices are expected to increase over the outgoing model.

It is worth mentioning that Hyundai has already previewed the next-gen Tucson with the Vision T concept, which was showcased at the 2019 Los Angeles Auto Show. The all-new Tucson was originally scheduled to make its international debut this year. However, those plans would likely have been affected by the COVID-19 pandemic.

Hyundai Venue to get clutchless manual transmission in July 2020