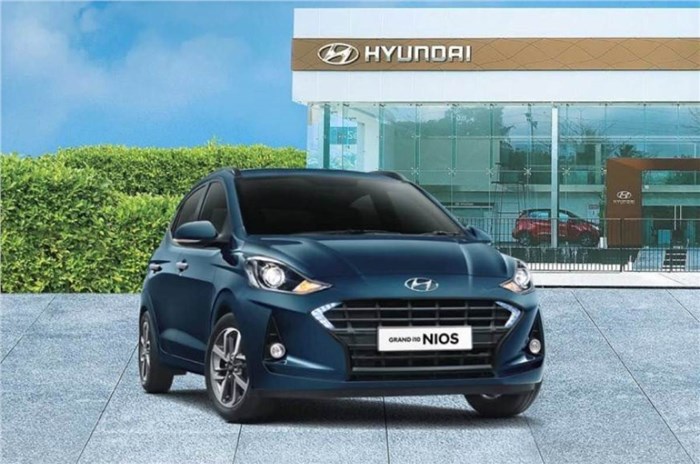 Hyundai Motor India is one of the automakers offering various routes to owning a car in our market. In addition to buying a car outright, Hyundai customers also have the choice of subscribing to vehicles. And though the latter option is still relatively new for Indian buyers, it is increasingly finding favour, as the notion of owning a car evolves and takes on a new meaning.

Subscription essentially allows a customer to drive home a vehicle without having to put down a hefty down-payment, though a security deposit is required. In lieu of a monthly fee, the subscriber has full access to the vehicle.

Hyundai launched its monthly and yearly subscription plans across its entire model range in March 2019, in association with Revv.

The company’s group head commented that though majority of car buyers are still focused on owning a vehicle outright, the carmaker has noticed a positive trend in the demand for flexible ownership. “When we see the numbers for Hyundai subscriptions, they are very encouraging. We believe that they will pick up further in the coming years,” he added, even touting subscription to become quite “significant in the future”.

Talking about the demographic showing a growing preference towards the new way of ownership, Suresh said, “Bangalore is our number one city in terms of subscription, Hyderabad is number two and Mumbai is number three. South India plays a very important role with many tech savvy cities.” There is a trend emerging with millennials increasingly open to the idea of subscribing. “Even though they're a small population, they will continue to grow,” he said.

COVID-19 has further accelerated interest in subscribing to a vehicle, with people becoming wary of ride hailing and sharing services. “Comparing to our last year’s subscription numbers, we achieved almost 70 percent of those in the COVID-19 era (alone),” mentioned the new business strategy boss.

Another point of interest is that though Hyundai has received subscription requests across its entire line-up, “certain models are more popular.” Suresh added, “Initially, my expectation was that people would be looking to buy a small car and subscribe to an SUV. But (actually), hatchbacks have a higher ratio of subscriptions, compared to SUVs.” For instance, the Hyundai Grand i10 Nios and Santro are proving to be very popular amongst subscribers.

Though owning a car is still a source of pride for most, there is a growing perception of considering vehicles as simply a service and means of transport. “People are now looking for mobility solutions without having that emotional quotient or attachment associated with ownership,” said Suresh.

Moreover, the ease of maintaining a vehicle through a subscription plan is a huge draw. “A subscription customer doesn’t have to worry about maintenance, insurance, or repair, but just the fuel,” he elaborated. All of these facilities are provided by the partner agency (Revv in this case) and the cost is included in the monthly fee. “So this makes it attractive for the customer.”

Long-term commitment is another factor making some buyers shy away from a traditional purchase where the average period of “commitment is 5-6 years”. “Some people are moving between cities, and others are not willing to commit,” he said.

“People are looking at flexibility and subscription is standing out.” He mentioned that subscription plans for 3-6 months are the most common, with “people still not looking for a year’s commitment.” Moreover, in the current economic scenario, the prospect of little upfront investment makes subscribing that much more attractive.

Subscription also allows customers to upgrade their vehicles sooner. “They don’t want to be tied down with one thing – like always driving a hatchback in the long-term,” explained Suresh. “For example, if a customer has subscribed to an i20, then he can upgrade to a Venue or Creta the next year by paying the differential amount.” The idea of constantly having something new, then, is also a key highlight.

On the downside, all of these conveniences come at a cost. The monthly fee for subscribing to a Santro for 6 months in Bangalore, for instance, comes out to roughly Rs 16,000. As a result, the concept of flexible ownership can be expected to be limited to those with higher disposable incomes.

Nonetheless, there is a perceptible change in the notion of car ownership in the country, creating an all new market for automakers. Like some of its competitors, Hyundai seems poised to tap into the new demand through its subscription services.