Hyundai Ioniq 5 gets a bigger battery and more tech

The Hyundai Ioniq 5 is slated to launch in India this year; will join the facelifted Kona EV in the brand's electric vehicle line-up. 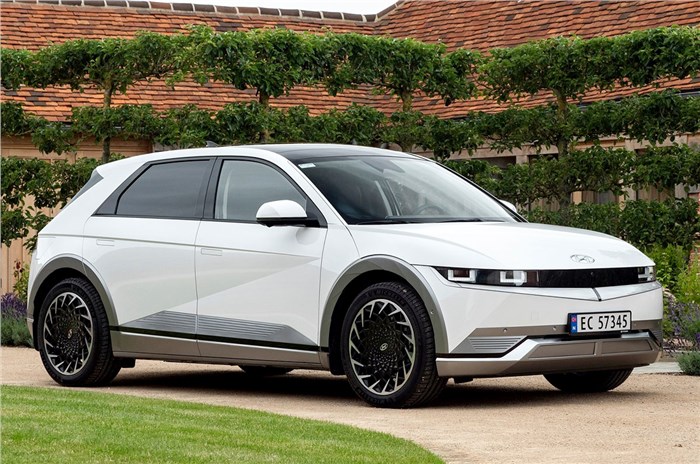 The Hyundai Ioniq 5 has gained a bigger battery and new technology as part of its 2023 model year update. The retro-styled electric SUV will be offered with a 77.4kWh battery later this year, with “several range enhancements” claimed to improve its driving experience.

Currently, the Ioniq 5 is offered internationally with a 58kWh battery and a 169hp motor; or a 72.6Wh battery with two motors that comes in two states of tune – 217hp or 306hp. Hyundai hasn't yet revealed range or performance statistics for the new 77.4kWh model, but it told our sister publication Autocar UK that there would still be two range-topping power outputs and the 58kWh variant on sale.

In addition, a new battery conditioning feature will allow the Ioniq 5 to automatically adapt the temperature of its battery, optimising charging in both hot and cold conditions. Additional technology options as part of the model-year update include smart frequency dampers to improve ride comfort, body control, handling and rear-axle response. Hyundai has also updated the Ioniq 5 with digital rear view mirrors and digital side mirrors.

As we have already reported, the Ioniq 5 will be launched in India sometime this year and come as a fully imported model. While there has been no word on which battery pack will be offered, we expect it will be the smaller 58kWh version for more competitive pricing. This version returns a range of 385km on the WLTP cycle and is available in both rear-wheel drive and all-wheel drive configurations, although what will be offered in India remains to be seen.

The Ioniq 5 will be positioned as a flagship EV showcasing the brand’s prowess in electrification. Later in 2024, Hyundai will also introduce a mass-market electric vehicle at a much affordable price point, and one that will be specifically developed for India.

We have already driven the Ioniq 5 on roads abroad. You can read our review of the Ioniq 5 here, or watch the video review here.

Which version of the Ioniq 5 do you think Hyundai should bring to India? Let us know in the comments below.