The booking amount for the Hyundai Creta facelift is set at Rs 25,000, with deliveries expected in June. 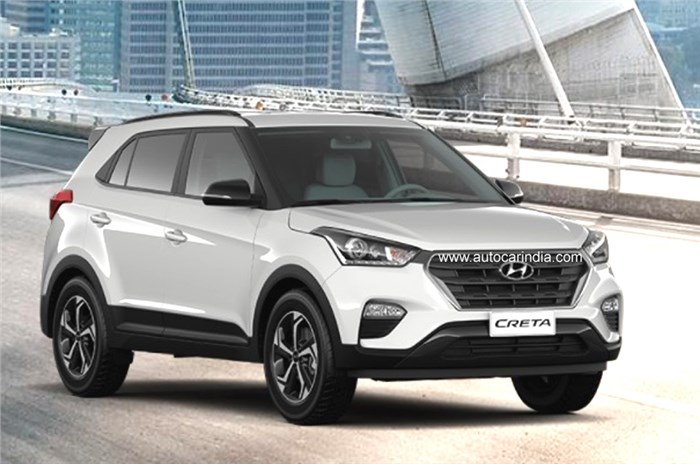 Hyundai dealers in India have unofficially started accepting bookings at Rs 25,000 for the facelifted Creta SUV. We got in touch with a few dealers in Delhi, Haryana and Pune who are promising deliveries of the car as early as June.

The Hyundai Creta facelift will get similar styling cues as the South American-spec SUV, with the top-end trims expected to get a dual-tone exterior paint option. Changes on the outside include a larger hexagonal grille with a thick chrome surround that merges with the chunky new front bumper. The redesigned bumper has new design for the fog lamp housings and a thick black chin which enhances the SUV look at the front.

Moving to the back of the vehicle, the Creta facelift will have tweaked tail-lamps with LED inserts, along with a redesigned bumper.

As the earlier spy shots have revealed, a sunroof would definitely be an addition to the Creta’s features list. This would help it draw some of the customers who would have instead opted for the Honda WR-V, which offers a sunroof.

The Creta will carry forward the current set of engines which includes the 1.4-litre and 1.6-litre petrol and diesel engines.