The Aura compact sedan will be unveiled on December19, 2019; to launch early next year with two petrol and one diesel engine option, all of which will be BS6-compliant. 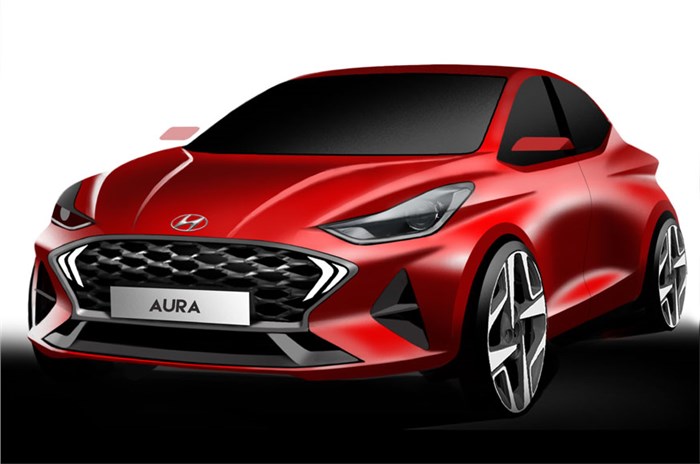 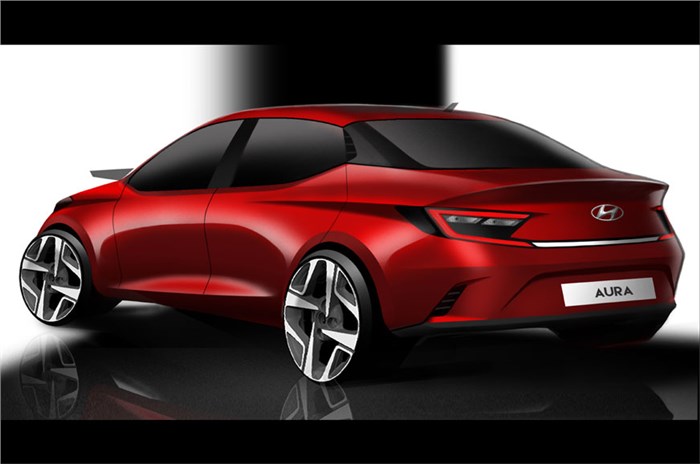 In the run up to the official unveil of Hyundai’s newest offering in the compact sedan segment – the Aura – on December 19, 2019, the Korean brand has revealed official sketches of the model. The Aura will be based on the Grand i10 Nios hatchback and replace the Xcent compact sedan in our market. However, it is worth noting that the Hyundai Xcent sedan will continue to be sold in India as the Xcent Prime and will be targeted towards the fleet market.

The official design renders of the Aura show that it makes use of Hyundai’s next-generation design language. While the actual car won’t look exactly like in these renders, some design cues will be carried over to the production model. Elements on the renders, such as the grille and bumper design, which are very similar to that of the Grand i10 Nios, are expected to make it to production. Interestingly, the DRLs in the render are positioned in the corners of the grille (just like in the i10 Nios), but they sport four LED elements in total, unlike the i10 Nios’ two. Another design cue that should make it to production is the large wraparound tail-lights with LED elements that extend on the boot lid, with a chrome strip connecting the two lights.

The interiors of the Aura will feature an 8.0-inch touchscreen infotainment system with Android Auto and Apple CarPlay support. There is a possibility that Hyundai might also equip the model with its BlueLink connectivity suite, though this has yet to be confirmed.

In terms of engine options, the Aura sedan comes equipped with three BS6-compliant engine options. These will include a 1.2-litre, three-cylinder diesel unit, a 1.2-litre, four-cylinder petrol and, most interestingly, a 1.0-litre turbo-petrol engine, which is the same as the one seen on the Venue compact SUV. It is worth noting that the 1.0-litre turbo-petrol will be in a lower state of tune (around 100hp) when compared to the unit present in the Venue. Gearbox options for the 1.2-litre petrol and diesel variants will include a 5-speed manual and an AMT. The sportier 1.0-litre, turbo-petrol engine will, however, only come with a 5-speed manual gearbox.

Once launched, the Hyundai Aura will face competition from the likes of the Maruti Suzuki Dzire, Honda Amaze, Ford Aspire, and Tata Tigor. Pricing and other details are expected to be revealed by Hyundai in January 2020. 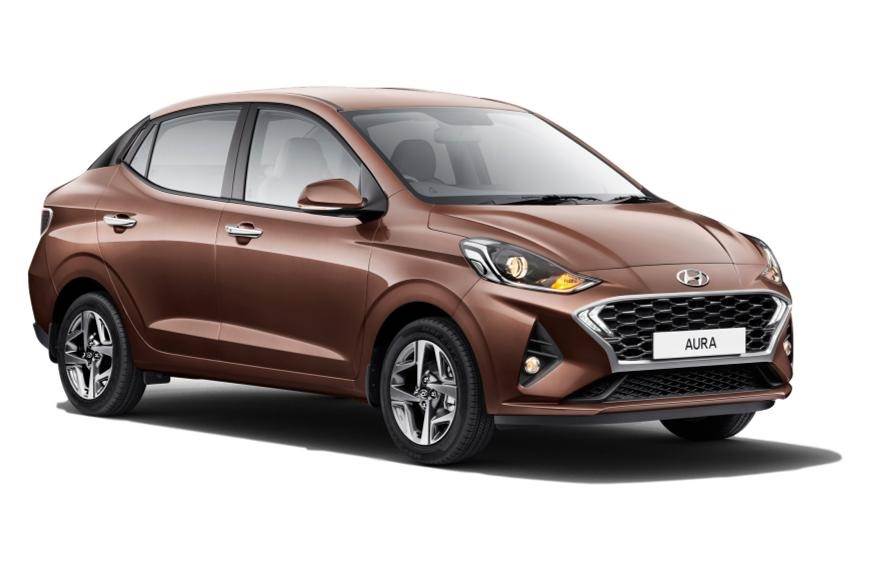