Hyundai Xcent to be sold alongside new Aura compact sedan

While its place will be taken by the Aura, the Hyundai Xcent is set to soldier on as an offering for fleet operators; will be upgraded to meet BS6 emission and pedestrian protection norms. 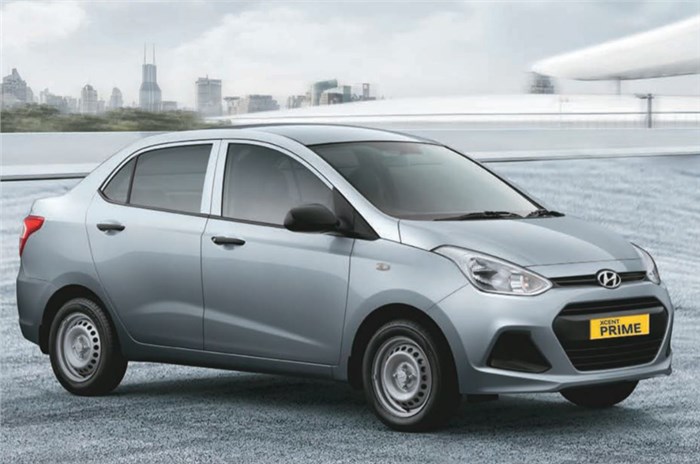 Hyundai has confirmed that it won’t retain the Xcent name for its all-new compact sedan. Instead, this new-gen compact sedan has been named the Hyundai Aura, and is set to be launched in the coming months. But while the Aura is the successor to the Xcent in Hyundai’s line-up, the Xcent itself isn’t going anywhere.
Hyundai knows the Xcent is a hit with fleet operators, and doesn’t want its new compact sedan to be saddled with the same image of being a ‘cab’. That’s the main reason for the birth of the Aura nameplate, but Hyundai will keep the Xcent alive, and is expected to offer it in lower-spec trims for commercial-use buyers only.
What this means is that the Xcent will receive a significant update in 2020. Not only will its engines be upgraded to meet BS6 emission norms, but the Xcent will also be updated to meet the pedestrian protection norms that come into effect from October 2020. Meeting the pedestrian protection norms will entail sheet-metal changes, which will give Hyundai the opportunity to facelift the Xcent for a second time in six years since its launch.
One key reason for Hyundai to keep the Xcent going is the fact that, starting April 2020, there will be no diesel-engined Maruti Suzuki Dzire available, and Hyundai can have that space in the fleet market all to itself. And with Hyundai investing a fair deal into it, the Xcent is likely to continue for quite some time to come.
To recap, the Hyundai Aura will have much in common with the Grand i10 Nios, and is expected to come with BS6-compliant petrol and diesel engines when it is launched in the coming months.