Ahead of its global debut next month; Hyundai has released teasers for its new seven-seater SUV. 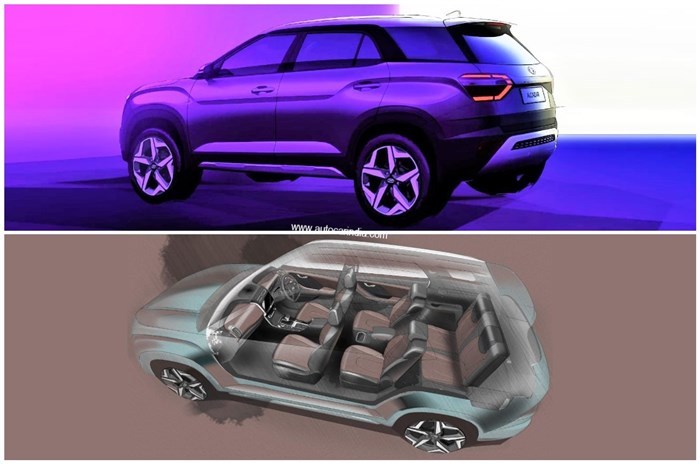 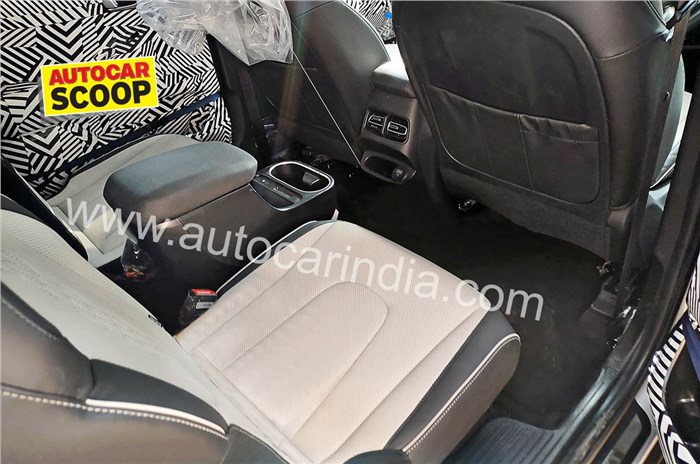 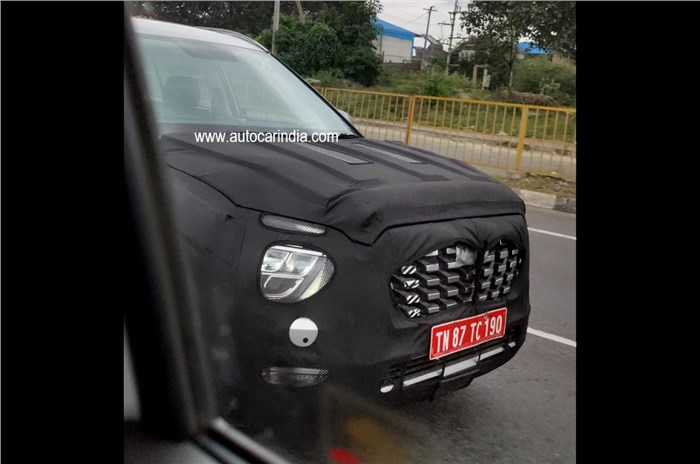 Hyundai India has released a first set of exterior and interior sketches of its upcoming three-row Alcazar SUV. Global debut of the Creta-based Alcazar is slated to take place in early April 2021.

Hyundai Alcazar: What do the exterior sketches reveal?

The only exterior sketch released by Hyundai shows the upcoming Alcazar SUV from its rear three quarters where major modifications seem to have been made to accommodate the third row of seats. The Alcazar gets extended rear overhang and a much thicker C-pillar. It also gets a prominent waist line that runs all across its length with notable creases above the wheel arches. Additionally, the Alcazar will get a unique tailgate design with much wider wraparound tail-lamps, a slightly taller bumper with a prominent faux skid plate. The model will also have a unique alloy wheel design, slightly altered front grille and other subtle styling tweaks to differentiate it from the Creta.

Hyundai Alcazar: What do the interior sketches reveal?

The first interior sketch revealed by Hyundai confirms that the Alcazar will come with captain’s chairs for the second row. This is in-line with the spy shots that were released by us a few days ago.

The SUV will get a rather unique floor-mounted central armrest with cup holders and likely a storage console below. Second row passengers will get a wireless charging pad as well and with this centre console layout, access to the third-row will only be possible after folding the second-row seats which will feature a tumble-down feature. Apart from these changes, the Alcazar will house a similar dashboard, steering wheel and centre console as the Creta.

While the company is yet to confirm these details, the Alcazar will come with the same petrol and diesel engine options as the Creta. This will enable the Korean brand to offer a wide range of engine and gearbox options that will give customers more choice than its direct rivals – the MG Hector Plus and the Tata Safari. There are also talks of ADAS technology to be introduced on the Alcazar - known as Hyundai SmartSense overseas. This could include features like forward collision assist, which includes automatic emergency braking tech, blind spot collision avoidance assist, driver attention warning, automatic emergency braking while reversing, and rear cross-traffic alert. Additionally, features like smart cruise control, highway driving assist and lane departure warning can also be expected on the three-row Hyundai Alcazar SUV.

The Alcazar will see a world premiere sometime in the first week of April. Hyundai is likely to announce prices for the Alcazar in June. Key rivals to the Alcazar include the recently updated MG Hector Plus and the newly launched Tata Safari. Additionally, it will also see competition from the likes of the outgoing Mahindra XUV500 and its upcoming next-gen version that will hit the showrooms later this year.