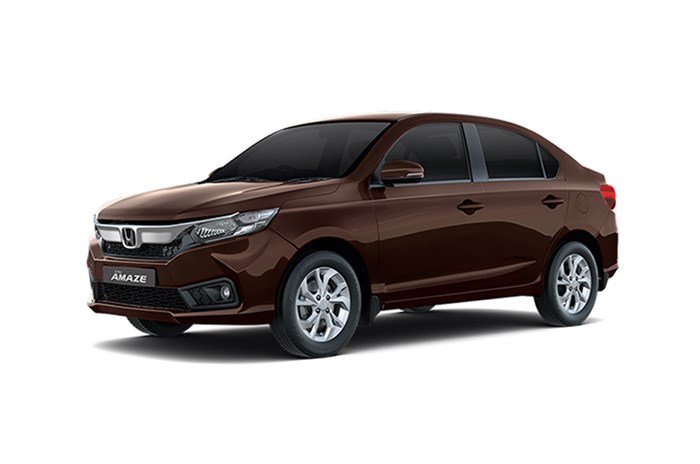 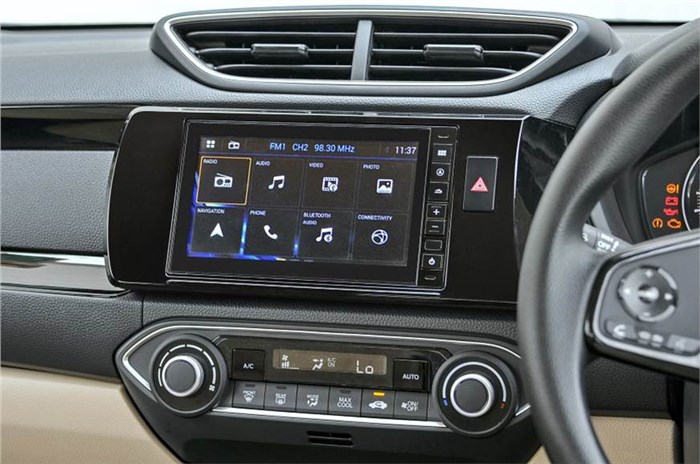 The second-gen Honda Amaze has had a strong run since its launch in May 2018. It has sold over 85,000 units in FY2019, contributing 46 percent to Honda’s India sales figures over the period. What’s helped sales is that with four engine-gearbox options on offer – namely petrol and diesel engines, each available with manual and CVT auto gearboxes – there’s an Amaze for each type of compact sedan buyer. However, a complaint since launch, and something we’ve highlighted in the past, is the absence of top-spec variants for the automatics. Honda has now made amends with the launch of the VX trim for the petrol-CVT and diesel-CVT Amazes, that have been priced at Rs 8.56 lakh and Rs 9.56 lakh (ex-showroom, India), respectively. The prices are Rs 41,000 more than the V trim versions of each that were, thus far, the highest-spec trim available to Amaze automatic buyers.

New to the automatic versions of the Amaze are a Honda’s Digipad 2.0 7.0-inch touchscreen system with Android Auto and Apple CarPlay as well as onboard navigation. There’s also the inclusion of an additional USB port. Other notable upgrades include a rear view camera with guidelines, steering-mounted voice control switches and power up and anti-pinch for the driver’s side window. The above features are in addition to all that was on offer on the V trim, such as keyless go, auto climate control and power windows. Do note, paddleshifters are still only part of the kit on the petrol-CVT, a feature still not offered on the diesel-CVT versions. Also, no version of the Amaze offers rear air-con vents or LED headlights, features that are available on the range-topping versions of the segment-leading Maruti Suzuki Dzire.

Feature upgrades aside, there has been no change to the specifications. The Amaze petrol auto continues to be powered by a 90hp, 1.2-litre engine while the diesel one uses an 80hp version of Honda’s 1.5-litre i-DTEC engine. 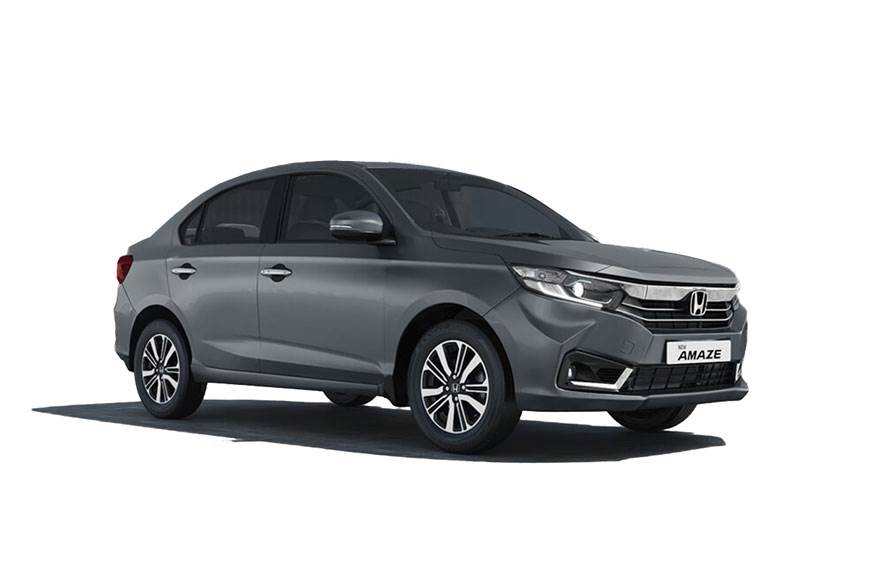