The BS-VI engine in the Mahindra XUV500 is likely to be a 2.0-litre, four-cylinder diesel motor. 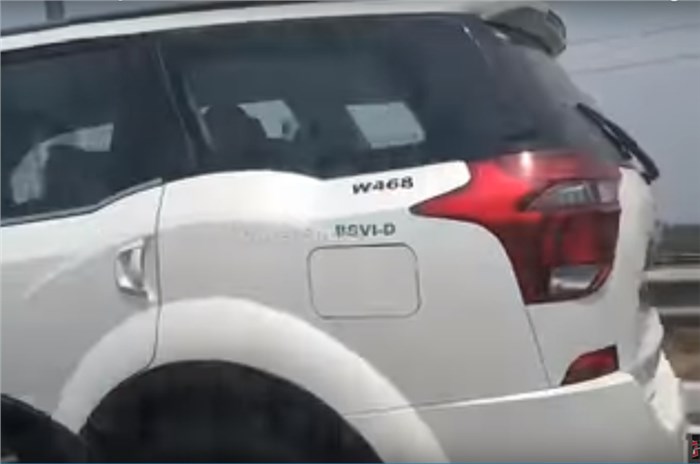 Mahindra has begun road testing its new BS-VI-compliant diesel engine range ahead of the stringent norms coming into effect from April 1, 2020.  Earlier today, we brought you a spy shot of the XUV300 equipped with a BS-VI-compliant 1.5-litre diesel engine, and now, a new spy shot has emerged. This time around, the image shows us a BS-VI XUV500 SUV being road tested somewhere on the outskirts of Chennai.

Mahindra is expected to offer this new 2.0-litre diesel engine in three states of tune for use in different models. In the new XUV500, this engine will produce an impressive 185hp – an increase of 30hp over the current-gen XUV500. Expect a corresponding hike in torque as well, which is rated at 360Nm for the current-gen XUV500’s 2.2-litre mHawk engine.

As reported by us earlier, Mahindra has already begun work on the next-gen XUV500 that is being co-developed with Ford. This new SUV will come only by end-2020, which means the current-gen XUV500 is also going to be the recipient of this new engine at the fag end of its life cycle.

This new engine will also see duty on the new Scorpio and on the new Thar, but with different power outputs. While the BS-VI-compliant diesel Mahindra models could still be some time away, the company recently launched the refreshed TUV300 in our market and is expected to bring an XUV300 with an AMT gearbox option soon.  The company is also readying a limited-edition Thar that will hit showrooms in the coming months.