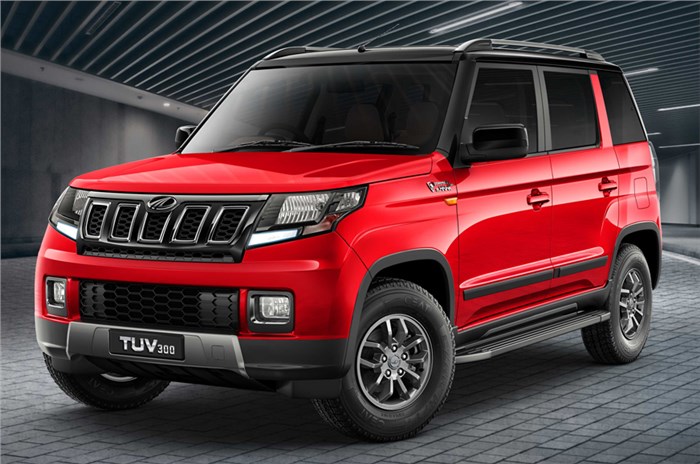 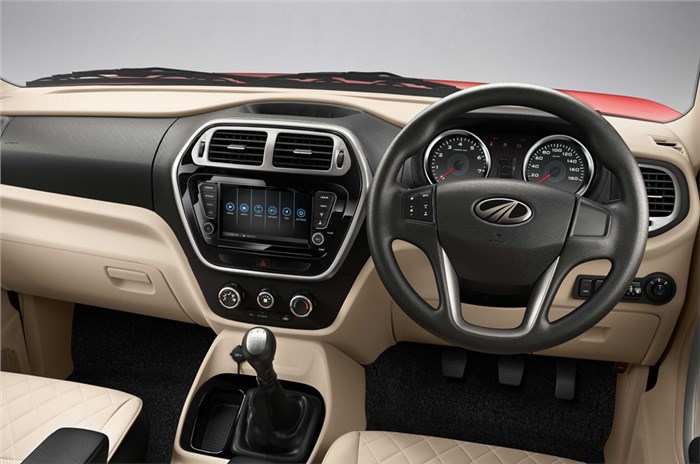 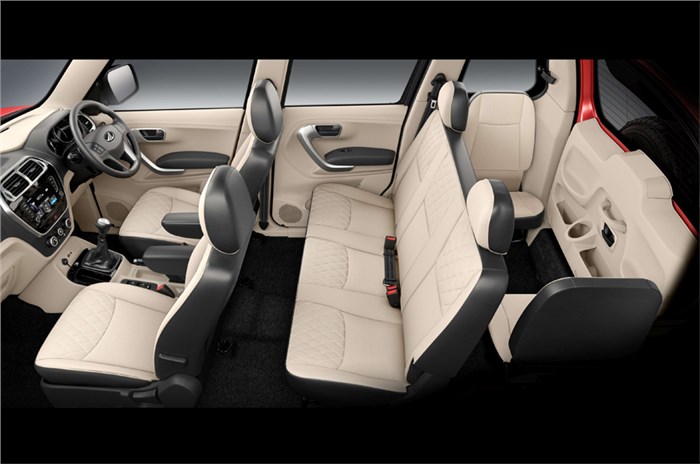 The Mahindra TUV300 facelift has launched at a starting price of Rs 8.38 lakh for the base T4+ variant, while the newly added top-spec T10 (O) model is priced at Rs 10.17 lakh. The facelifted TUV300 gets more safety features as standard which has seen prices of the lower variants increase by around Rs 4,000-12,000. However, prices of the higher variants of the have remained unchanged when compared to the pre-facelift.

The safety features that Mahindra has equipped the TUV300 facelift with include dual front airbags, along with ABS, seat-belt warning and a speed warning system as standard across all variants. Reverse parking sensors are also offered from the T8 variant onwards.

Design-wise, the major update made to the Mahindra TUV300 facelift are at the front and rear as it features a new grille, smoked headlights with DRLs, a skid plate, clear-lens tail-lights, an X-shaped spare wheel cover and a small, roof-mounted spoiler. Along the sides, there’s no difference compared to the outgoing model except for the alloy wheels that are now finished in grey. Additionally, Mahindra is offering two new colour options for the TUV300 – Highway Red and Mystic Copper.

Inside, the Mahindra TUV300 facelift has been equipped with a reverse camera, 7.0-inch infotainment screen, GPS navigation, steering-mounted audio and telephony controls and faux leather upholstery and lumbar support adjustment on the driver and co-driver seats on the T10 (O) variant. The centre console also gets a faux brushed aluminium and piano black finish.

Mechanically, the Mahindra TUV300 facelift continues with a 100hp, 1.5-litre three-cylinder diesel engine, which is paired to a 5-speed manual gearbox. The lower rated 80hp, 1.5-litre diesel and the Ricardo-sourced AMT gearbox that were available on the outgoing model are no longer on offer.

The TUV300 is the only sub-four-metre SUV, apart from the Bolero Power+, that still utilises a ladder-frame architecture. This will be the second major update that the Mahindra TUV300 has received since its launch in 2015, with the first one being the addition of the 100hp diesel engine in the 2016 TUV300 mHawk100. This update means Mahindra can continue to sell the TUV300 at least till the BS-VI emission norms come into effect on April 1, 2020.

*All prices are ex-showroom, Mumbai