The next-gen Thar will be more powerful, better for on-road use and comply with upcoming crash test norms. 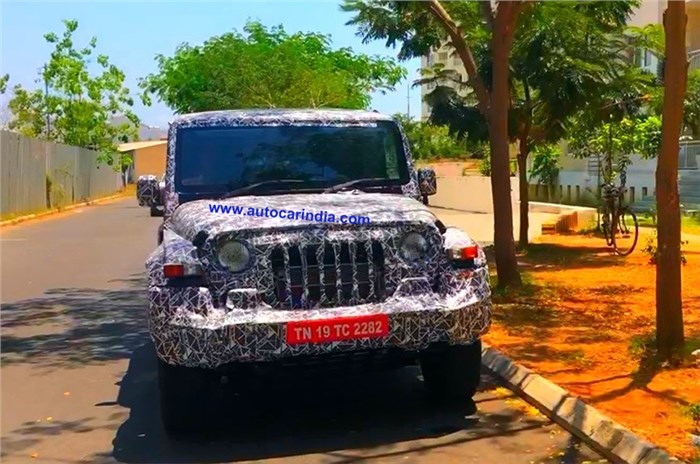 The next-gen Mahindra Thar – the one that's been specifically engineered to pass the impending crash test and emission norms – is on its way to making its debut sometime early next year. Expected to be shown to the public at the Auto Expo in February 2020, the new Thar will be wider, more spacious on the inside and get front-facing rear seats. While the dedicated off-roader will get a 140hp or 120hp diesel engine initially, Mahindra is looking at expanding the Thar's portfolio.

In addition to the soft-top, the Thar, for the first time, will get the option of a factory-fitted, removable hard-top, similar to the one on the Jeep Wrangler. And this will make it more practical to use in difficult weather conditions like extreme heat or rain. Making it leak- and creak-proof will be a challenge, but what this addition will mean is that owners will now be able to look at the Thar as semi-practical urban transport. Expect the Mahindra Thar to be more refined and silent on the inside, better insulated from vibrations and heat, and better at blocking or road noise as well.

Mahindra is also looking at an automatic version later in the life of the off-roader. There's also likely to be a petrol option, one that will be important for the Indian market post the implementation of the BS-VI emission norms, and this will also be the version that will be exported. Mahindra has the choice  of many engines, but the most popular one will be the 2.2-litre unit that powers the XUV500 petrol.

There's even talk of a more hardcore off-road version, which could offer better wheel articulation, improved departure and approach angles and even diff locks.

So, that's good news all round for fans of the Mahindra Thar, including those looking to buy something they can use every day.