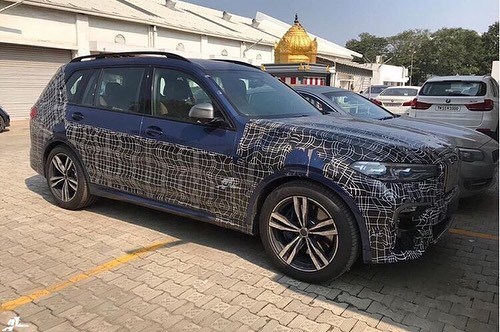 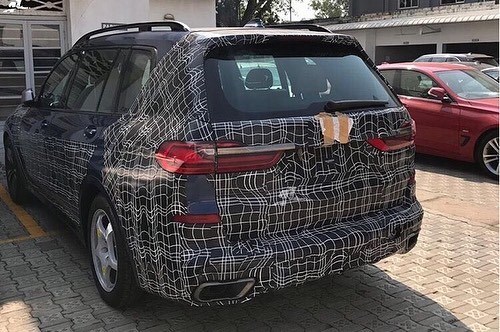 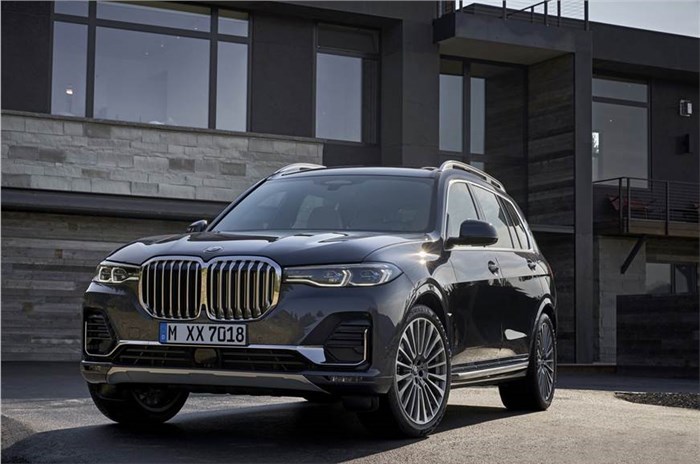 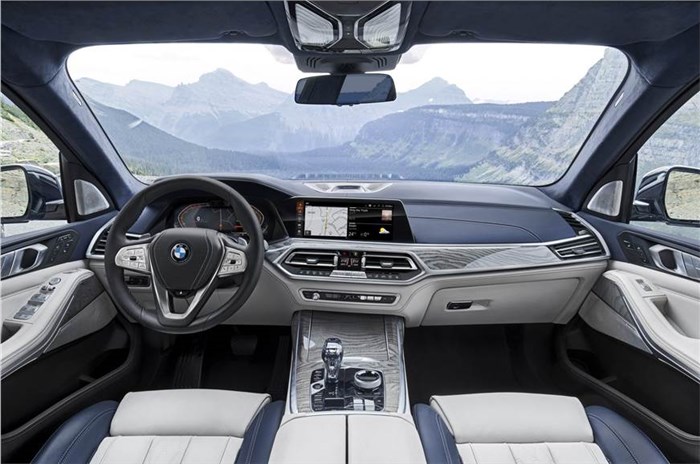 BMW's all-new X7 has been spotted in disguise undergoing testing in the country. As we reported earlier, the German carmaker is set to launch its new flagship SUV, in range-topping M50d guise, on January 31, 2019 at the India Art Fair in New Delhi.

The new X7 will slot above the X5 in BMW’s lineup of SUVs. The new flagship model was unveiled at the 2018 Los Angeles Auto Show in November 2018 and its launch in India just two months later shows how important the Indian market is to the brand. The X7 measures 5,151mm in length, 1,990mm in width and 1,805mm in height.

All engines will come mated to an 8-speed automatic gearbox and have BMW’s xDrive four-wheel drive system with surface-specific modes.

On the inside, the X7 is similar to the new BMW X5. But what’s different is that the X7 comes with three rows of seating, in six- and seven-seater configurations. Features inside the cabin include a large 12.3-inch touchscreen infotainment system, a digital instrument cluster, four-zone climate control, a three-piece glass sunroof, park assist and a reclining function for all three rows.

BMW is expected to launch the X7 M50d at Rs 1.6 crore (ex-showroom) as a CBU. The more mainstream X7 xDrive40i and X7 xDrive30d variants will arrive later as BMW is working on localising assembly for the new model. When it goes on sale, the X7 will compete with the Mercedes-Benz GLS and the Land Rover Discovery.