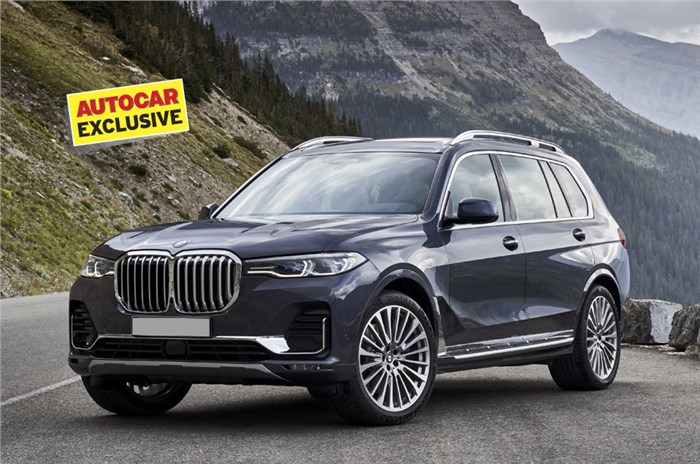 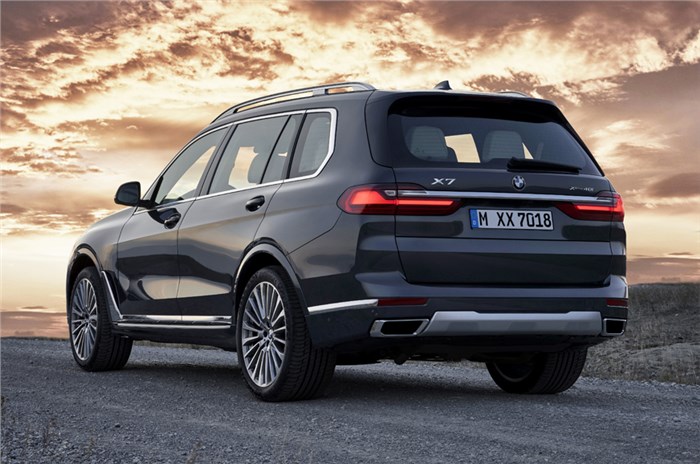 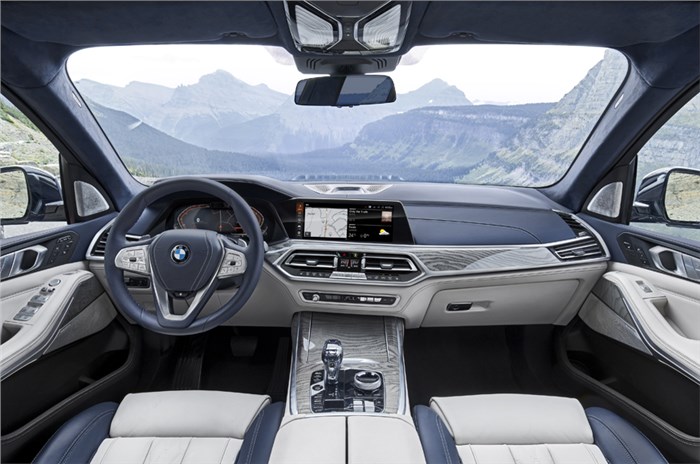 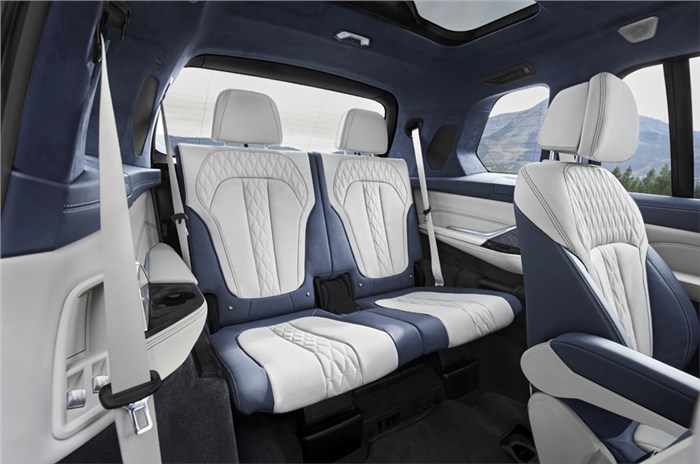 400hp top-spec trim of BMW’s new flagship SUV will be priced at about Rs 1.6 crore; mainstream variants – xDrive40i and xDrive30d – to arrive in September.

While we had previously reported that BMW’s new flagship SUV, the X7, is headed to India soon, Autocar India can now confirm that the range-topping X7, badged as the M50d, will be unvieiled in India on January 31, 2019. BMW will showcase the model at the India Art Fair, held in New Delhi from January 31 to February 2, 2019. The X7 will be officially launched sometime in late 2019.

The new flagship SUV in BMW’s range (slotting above the X5) made its public debut in full production form at the 2018 Los Angeles Auto Show in November 2018, where it was displayed with a 340hp, 3.0-litre straight-six turbo-petrol engine (xDrive40i), a 265hp, 3.0-litre straight-six turbo-diesel (xDrive30d) and a sporty, quad-turbocharged, 3.0-litre inline six-cylinder diesel engine that produces 400hp and a colossal 760Nm of torque (M50d).

BMW will introduce the more mainstream variants in India, in the form of the xDrive40i and xDrive30d a litte later.

On all three variants, power is sent to all-four wheels as standard via an 8-speed automatic transmission and an off-road package is expected, which will have four surface-specific drive modes.

Meant to combine the luxury of the 7 Series with the X5’s versatility, the seven-seat SUV’s cabin follows the smaller SUV’s design. A multi-layered dashboard houses a standard 12.3-inch touchscreen infotainment display and there’s also a completely digital instrument panel. Standard kit is expected to include four-zone climate control system, soft-close doors, a three-piece glass sunroof, a park assistant function with a reversing camera and a reclining function for all three rows.

In international markets, BMW offers the X7 in a seven-seat layout (with a bench seat in the middle) along with a six-seat configuration (with captain seats in the second row).

Expect BMW to price the X7 M50d at about Rs 1.6 crore (ex-showroom). The X7 range in India, which will be complete in September 2019 with the arrival of the more affordable, mainstream variants, will rival other seven-seat luxury SUVs like the Land Rover Discovery and the Mercedes-Benz GLS.