iX5 Hydrogen prototype will be used for live customer trials before technology is carried over to series-production models. 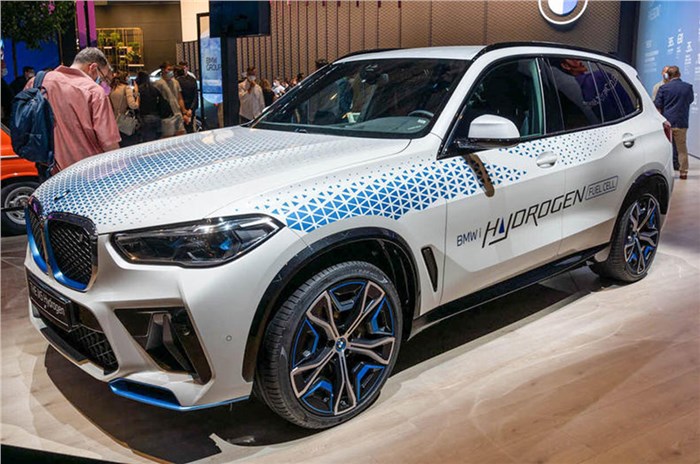 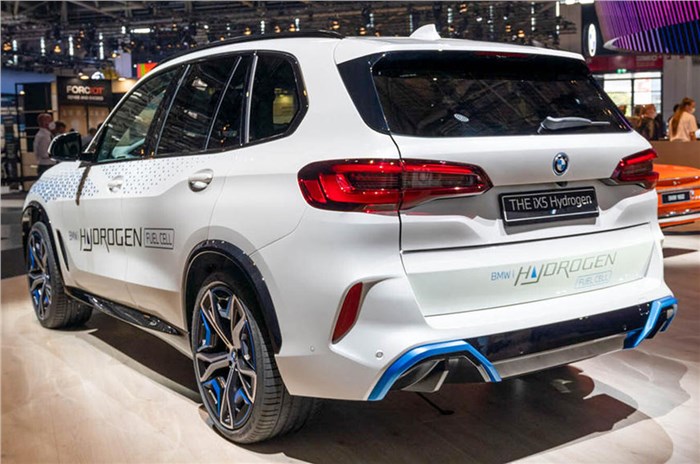 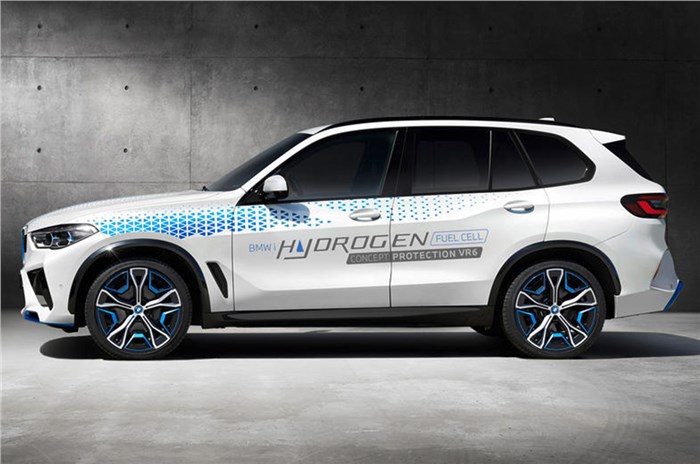 At the Munich Motor Show 2021, BMW has revealed the road-ready iX5 Hydrogen, although still in prototype stage, paving the way for a more widespread introduction of FCEV technology by the end of the decade.

BMW iX5 Hydrogen: what is it?

The iX5 Hydrogen is fitted with the most powerful fuel cell stack seen in a passenger car up until now, at 125kW, using cell technology that has been developed in conjunction with Toyota but given a bespoke integration into the X5. It's fuelled by two hydrogen tanks, one where the transmission tunnel would usually be and one below the rear seats. These hold 6kg of hydrogen at a pressure of 700bar.The fuel stack then powers a 369hp electric motor and 150kW battery booster on the rear axle.

The range is put at 500km, which BMW believes is more than adequate given fast hydrogen refuelling times. The iX5 Hydrogen weighs the same as an X5 plug-in hybrid, at around 2,500kg.

There are a few exterior and interior trim and detail changes to mark out the iX5 Hydrogen from the X5 on which it's based, including a design theme and trim package inspired by BMW’s other i models. New 22-inch alloy wheels are also offered, wrapped in tyres made from sustainable rubber.

The iX5 Hydrogen won't be offered for general sale, but its successor will be. Instead, users will be taking part in a live trial to study how the technology is used, similar to what BMW did a decade ago with the original Mini E and its early study of BEVs before launching the i sub-brand.

BMW’s hydrogen boss, Jürgen Guldner, said the firm is “convinced that a second energy carrier will be needed in the future” and that hydrogen is that technology. Guldner confirmed that BMW is working on BEV architectures that would also work for FCEV models, by designing slimmer hydrogen tanks to fit in where the battery pack sits in the floor.

While the German carmaker is clearly focusing on fuel cell and battery electric technology for its future global product portfolio, as witnessed at the Munich Motor Show, BMW is yet to explode into the luxury EV space in India. BMW’s arch-rivals like Mercedes, Jaguar and Audi have already debuted their EVs in India, however, the company is yet to embark on its electrification route in India.