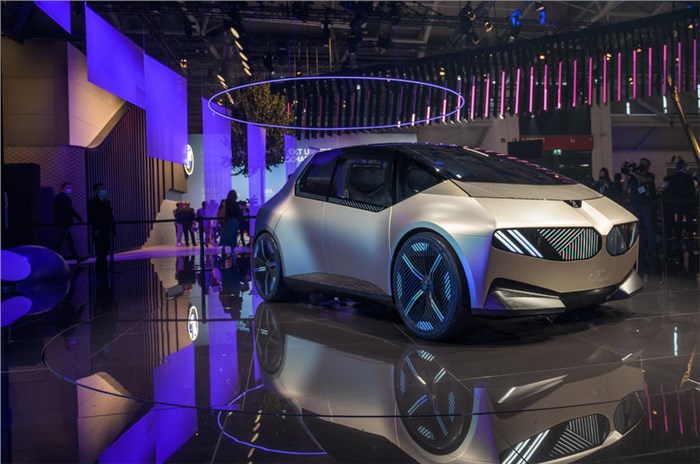 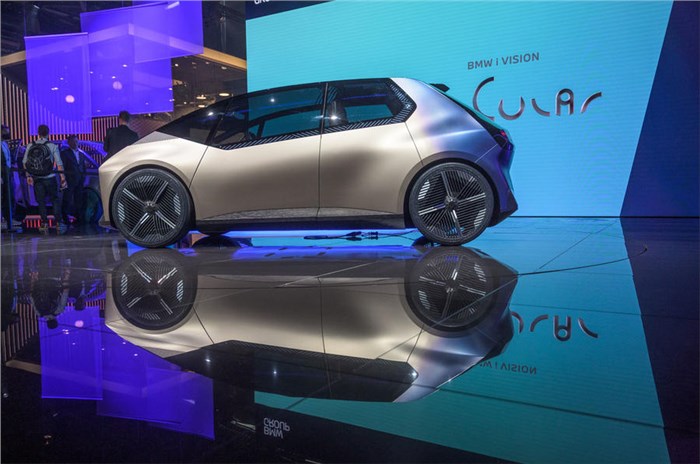 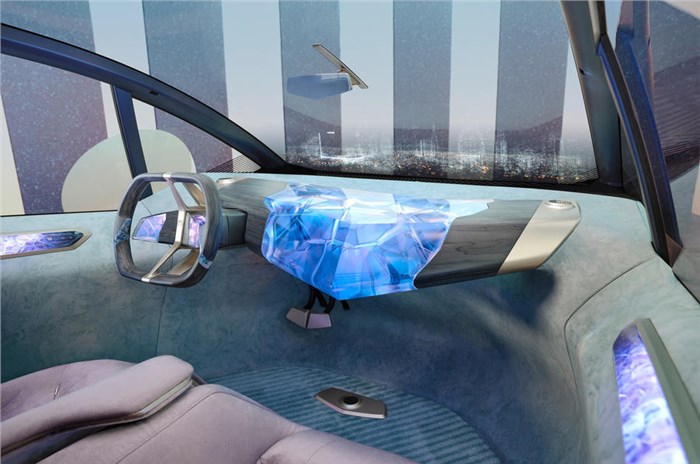 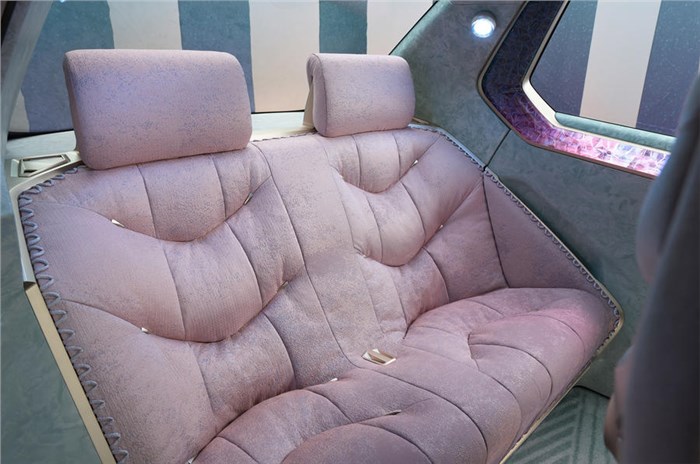 The BMW i Vision Circular concept is the German brand’s interpretation of a premium four-seat electric car for the year 2040. Revealed at the Munich motor show 2021, the bold concept adopts an entirely new design language for the German brand, with both radical dimensions and styling details.

While it is roughly similar in size to the current i3 electric supermini, BMW boss Oliver Zipse insisted that it’s only a conceptual study and doesn’t offer a “first foretaste” of the Neue Klasse design language that will be introduced on the company’s EVs from 2025.

Instead, the focus for the i Vision Circular was to create a carbon-neutral EV through the application of ‘circular economy’ principles, with the design brief of “rethink, reduce, reuse and recycle”.

The concept was produced using 100 percent  recycled materials, all of which can subsequently be recycled again. This includes its solid-state battery, which BMW says has higher energy density than today’s lithium ion packs and reduces the use of valuable resources.

The ‘reduce’ part of the brief is reflected in the car’s design, with a commitment to reducing the number of component parts, materials and surface finishes. That includes the exterior, with BMW’s traditional kidney grille replaced by a digital graphic surface that incorporates the headlights; the tail-lights integrated into a darkened glass tailgate; and the BMW roundels laser-etched into the body.

The i Vision Circular takes an entirely new shape for a BMW, mixing SUV and MPV elements.

The wheels are pushed out to the extremities of the car to maximise usable interior space, while the side profile forgoes a traditional chrome strip for a digital panel around BMW’s signature Hofmeister kink. ‘Portal’ doors on each side open in opposite directions to provide access to the interior.

The body is made from secondary aluminium and to further reduce the use of materials is unpainted – much like sibling brand Mini’s recent minimalist Strip concept, which was designed under much the same ethos. Instead, the aluminium is anodised for a light-gold finish, which contrasts with a heat-treated steel surface at the rear. The tyres, meanwhile, are made from sustainably cultivated natural rubber.

The interior of the car aims to blend luxurious design with sustainable production processes and materials.

A panoramic glass roof helps to increase the amount of light inside, while the four seats are designed to resemble home furnishings more than traditional car seats. They have an aluminium frame and recycled plastic upholstery.

The instrument display is a new interpretation, what BMW terms a ‘phygital’ (a blend of physical and digital) experience. The 3D-printed, V-shaped panel extends out into the cabin. It has a “crystal body with nerve-like structures running through it and an enthralling lighting effect” and is finished with naturally treated wood elements.

The instruments themselves are relocated from behind the steering wheel onto a head-up display at the bottom of the windscreen. The driver is given the ability to move the elements about to suit their preference, via interactive pads mounted on the 3D-printed steering wheel. There is also a new digital sound system design.

Aside from confirming that it has a solid-state battery, BMW hasn’t given any technical information on the i Vision Circular, such as power or range, due to its positioning as a future-looking concept.

The firm has confirmed, however, that the car is intended to be compatible with vehicle-to-grid systems such as bidirectional charging and data-based ‘smart mobility’ systems.

BMW i Vision Circular concept: Will it go into production?

While BMW insists that there are no production plans for the i Vision Circular, it’s likely that some of the design details and ‘circular economy’ principles underpinning it will be used on the company’s future EVs.

BMW is planning to launch 12 new EVs globally by 2023, before the radically different Neue Klasse generation of EVs is due to start arriving in 2025.