BMW i8 production comes to an end

The ambitious plug-in hybrid sportscar marked a series of firsts for BMW. 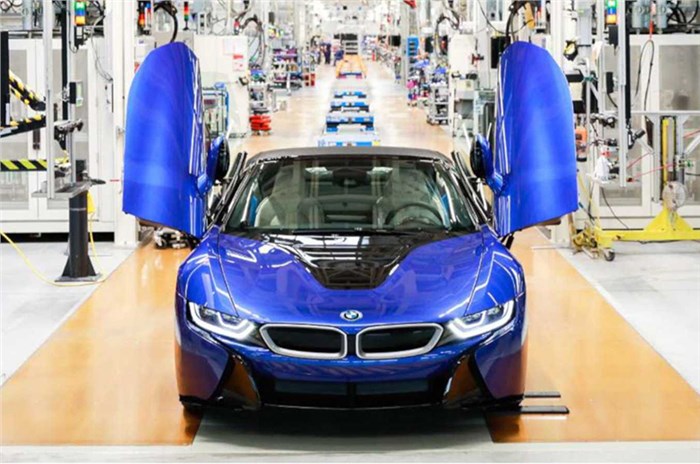 Almost six years after the BMW i8 was first introduced in international markets, the carmaker has ended the plug-in hybrid sportscar’s production run. The German carmaker was originally slated to end production of the i8 in April 2020, but had to postpone it because its manufacturing plants were closed due to the coronavirus pandemic.

The final example of the BMW i8 has just rolled of the production line and it is a roadster finished in Portimao Blue. This i8 is also reportedly the only example to carry that colour from factory. The sportscar has a mid-engine layout and uses a 1.5-litre, three-cylinder, turbo-petrol engine mated to an electric motor, producing a combined 374hp.

Even though the i8 leaves the BMW product range, the carmaker has shifted its focus to a new line of bespoke electric cars, including the iX3 compact SUV, i4 sedan and iNext SUV flagship. The BMW Vision M Next concept shown last year is expected to spawn a new sportscar, which is expected to arrive within the next five years.

In India, BMW had launched the i8 sportscar in 2015 at a price of Rs 2.29 crore, and it was only recently removed from the brand’s India line-up. The carmaker also showcased the i8 Roadster at the 2018 Auto Expo, though it never ended up launching the model in our market.