BMW to end i8 production run in April

Plug-in hybrid sportscar will make way for an all-new line-up of EVs. 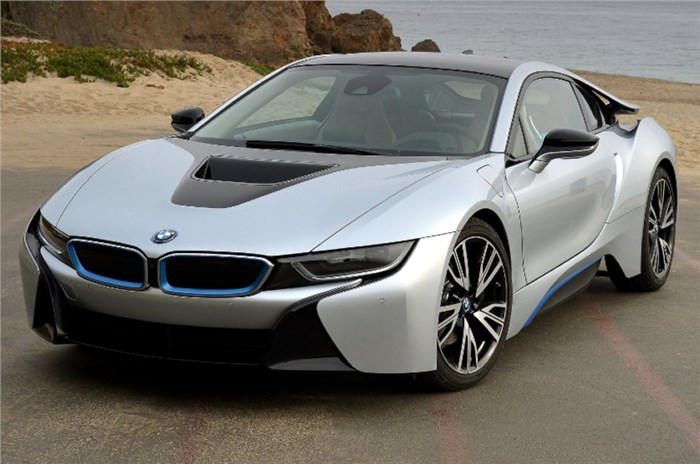 BMW has confirmed that production of its i8 plug-in hybrid sportscar will end in April, nearly six years after it was launched.

The Porsche 911 rival will leave the market as BMW shifts its focus to a new line of bespoke electric cars that includes the iX3 compact SUV, i4 sedan and iNext SUV flagship. A new sportscar, based on last year’s Vision M Next concept, is expected to arrive within the next five years.

BMW is yet to confirm the exact date on which i8 production will end, but a company spokesman said, “UK customers interested in a built-to-order car will need to have placed their order with their local retailer by the end of February.”

Initially revealed in turbo-diesel concept form at the 2009 Frankfurt motor show, the i8 went on sale in 2014 as the high-performance flagship of BMW’s then-new i electrified vehicle range, above the i3 electric hatchback.

The mid-engined 2+2 has been sold with just one powertrain option throughout its production run: a 1.5-litre, three-cylinder, turbocharged petrol engine mated to a low-output electric motor. Performance figures have remained largely unchanged, although a 2018 update boosted output from 362hp to 374hp.

Last year, BMW research and development bosses confirmed to our sister publication, Autocar UK, that decisions were being made about the future of the i8; and that it could be reborn as an electric rival to the second-generation Tesla Roadster and long-rumoured Audi R8 e-tron.

Little is known about the drivetrain or design of the i8's electrified successor, but sources suggest it will be developed using a “race to road strategy” that aims to provide a “tangible link” between BMW’s involvement in Formula E and its i electric vehicle division.

In India, the BMW i8 was launched back in 2015 at Rs 2.29 crore. We reviewed the sportscar in Rajasthan and were drawn by its futuristic design and green credentials. The carmaker also showcased the i8 Roadster at Auto Expo 2018; but it was never launched here. Click here to read about our overseas review of the BMW i8 Roadster.