The new CR-V is bigger than the outgoing model; gets updated powerplants. 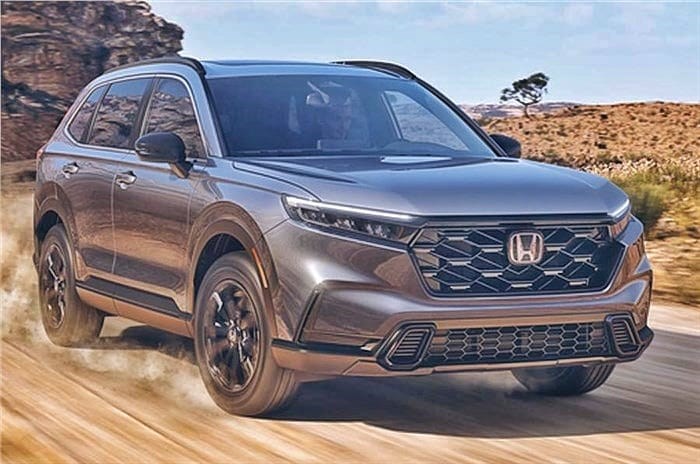 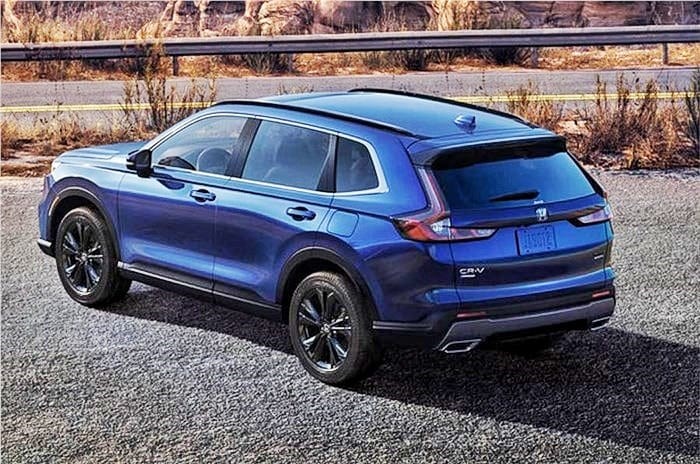 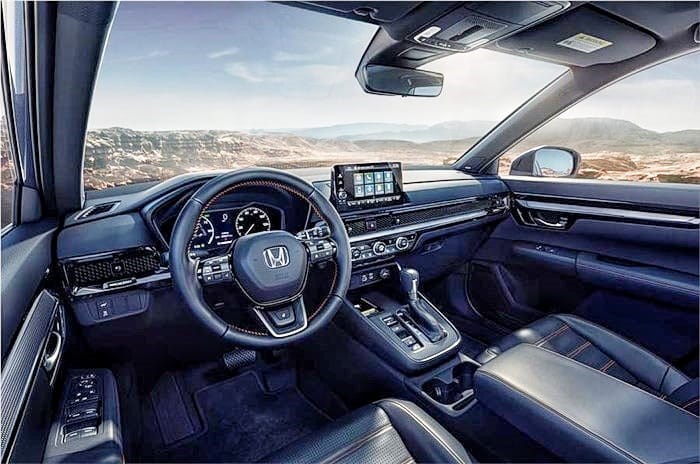 Honda has taken the wraps off the sixth-generation CR-V. The all-new model features completely new exterior and interior styling, more technology, and an upgraded hybrid powerplant. This new CR-V replaces the fifth-generation model that made its debut back in 2016 and received a mid-lifecycle update in 2019.

Gets new exterior and interior styling

The design of the new CR-V is a complete departure from that of the outgoing model. It gets a more upright silhouette and is 69mm longer and 10mm wider than the fifth-generation model. The wheelbase, too, sees a modest increase of 10mm.

The styling of the new CR-V is similar to the new BR-V. The front of the SUV features a large, upright grille flanked by wide headlamps that are connected by a prominent chrome strip. Unlike its predecessor, the new CR-V gets a long bonnet, and the side profile is characterised by a strong shoulder line and black cladding on the wheel arches. From the rear, the CR-V gets L-shaped taillights which are slimmer than before.

On the inside, the cabin looks very similar to the 11th-gen Honda Civic, which was unveiled last year. The new CR-V gets a 7.0-inch full-digital instrument cluster as standard and an option of either a 7.0-inch or a 9.0-inch infotainment screen that sits above a minimalist dashboard, with a honeycomb effect for the AC vents. Honda has retained physical knobs and buttons to control the air-conditioning.

In terms of engine options, the CR-V gets updated versions of the 1.5-litre turbo-petrol and the 2.0-litre hybrid unit. In international markets, Honda will offer the 1.5-litre engine on lower variants, while the Hybrid will be available on higher variants. Honda expects half of the new-generation CR-V sales to come from the hybrid version. The AWD is available on both engine options and some markets is likely to get a diesel engine at a later stage.

The CR-V was introduced in India in its second generation in 2004. The carmaker sold the SUV as a full import for two generations until the fourth-generation model was launched via the CKD route in 2013. The company unveiled the fifth-generation model in 2018, with both petrol and diesel engine options, unlike the previous generations that came only with a petrol engine. The diesel engine, however, was discontinued after a shift to BS6 emissions in 2020. The CR-V and the Civic were axed entirely in December 2020.

It remains to be seen if Honda will launch the new-gen CR-V in India. If it does, it will rival the Volkswagen Tiguan and the upcoming Hyundai Tucson in India. The carmaker is currently working on a new compact SUV and a midsize SUV for the Indian market.