The new Civic Type R is set to be the most powerful version yet thanks to several mechanical upgrades. 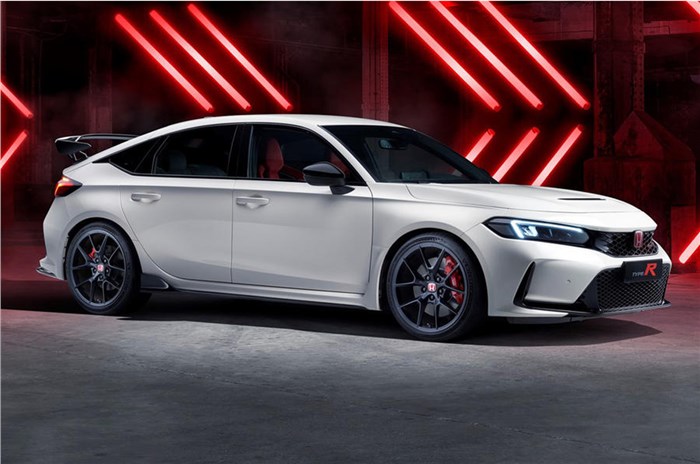 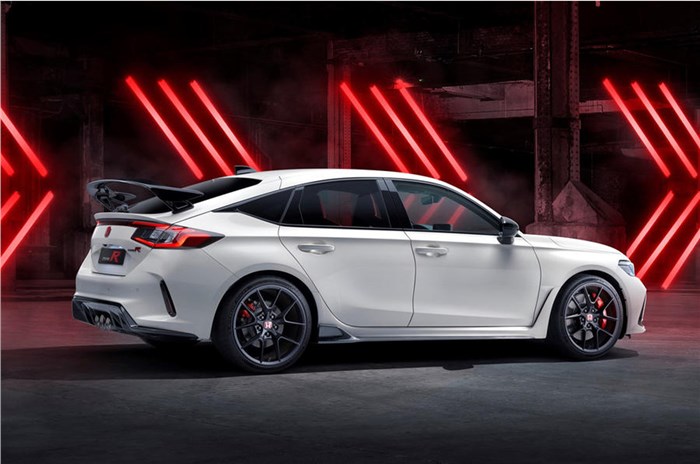 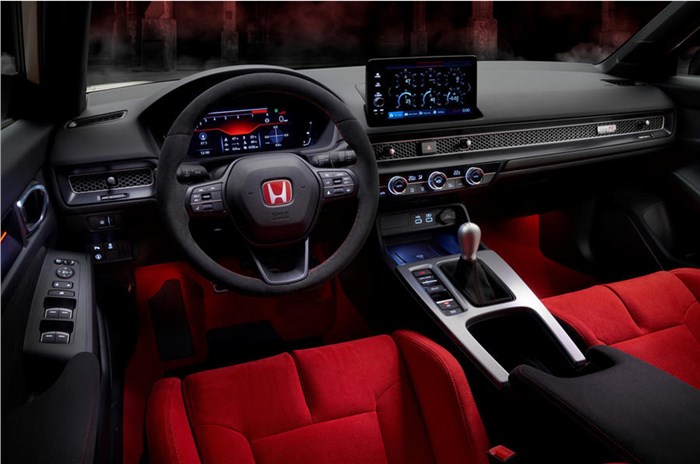 Honda has taken the covers off its new sixth-generation Civic Type R. First previewed in 2021, the new Civic Type R replaces the fifth-generation model that made its debut back in 2017 and received a mid-life cycle update in 2020.

Compared to the previous model that sported a bold exterior design, the new Civic Type R is far more understated. Based on the 11th-generation Civic, the new Type R gets a new bonnet with a scoop in it and an upgraded lower grille. This is complemented by bumper-mounted air vents on either side in order to improve airflow to the engine. At the sides, the performance hatchback gets new, lightweight 19-inch alloy wheels and upgraded brakes. The rear of the new Civic Type R features a large, fixed rear wing, a blacked-out diffuser and triple tailpipes.

On the inside, the new Civic Type R gets a completely new interior layout and features the iconic red Honda badge on the steering wheel, Type R sports seats, which are suited for both road and track driving, a 10.2-inch touchscreen, a digital instrument cluster, blind spot monitoring and red suede-effect upholstery.

Honda has confirmed that the new Civic Type R will be powered by an upgraded version of the 306hp, 2.0-litre, four-cylinder turbocharged petrol engine from its predecessor, which is mated to an improved six-speed manual transmission, with the power going to the front wheels. The firm has not yet revealed the specifications of the performance hatchback, but stated that the uprated engine, along with the revised turbocharger and new compact housing, is the strongest VTEC turbo in Type R history.

The Japanese brand also claimed that the upgraded mechanicals and aerodynamics allows the new Civic Type R to sport an improved power-to-weight ratio, torque and top speed over its predecessor. Honda previously emphasised the improved performance of the Type R, and prior to its unveiling, it rounded the 3.6Km Suzuka circuit in 2 minutes and 23 seconds, setting a new lap record. The new Civic Type R is 0.873sec faster than the previous record holder – the Honda Civic Type R GT Limited Edition, which is based on its outgoing version.

Honda is unlikely to bring the Civic nameplate back to India for a third time after having discontinued the 10th-gen model owing to lack of demand, along with axing the CR-V and shutting down production at its Greater Noida plant. Honda recently introduced the City Hybrid in India and its current line-up comprises of the City, Jazz, WR-V and Amaze.

What do you think of the all-new Civic Type R? Let us know in the comments below.