New Grand Cherokee gets third row of seats for the first time; standard two-row variant to debut later in the year; set to arrive in India by end-2022 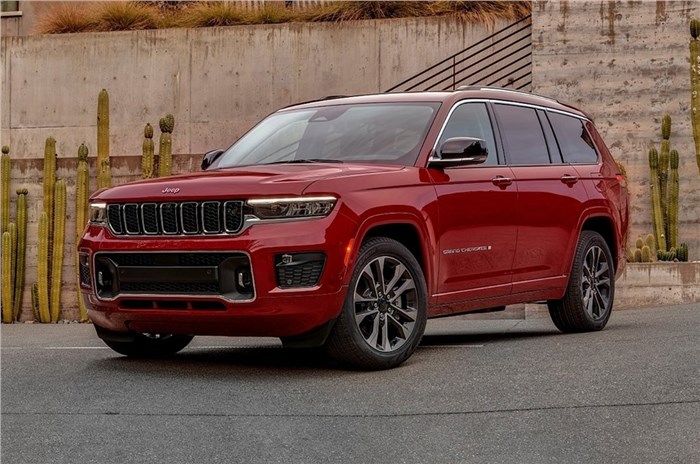 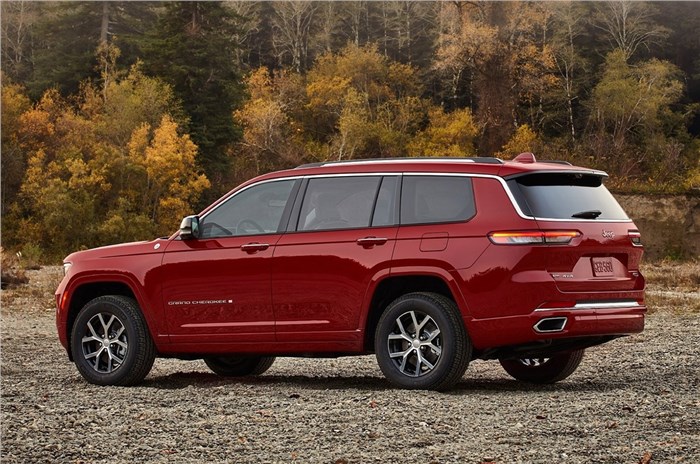 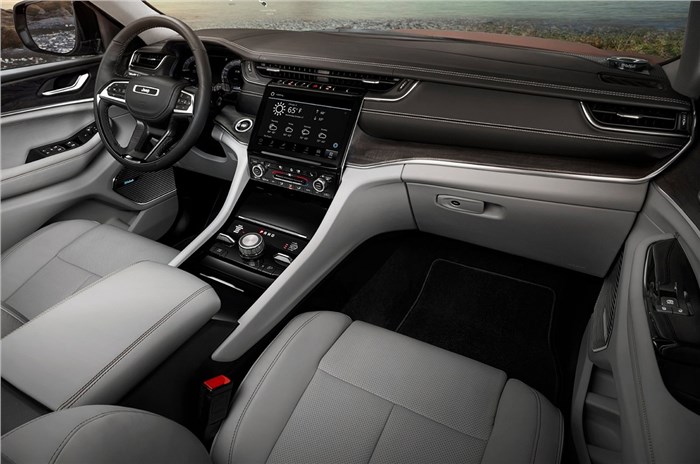 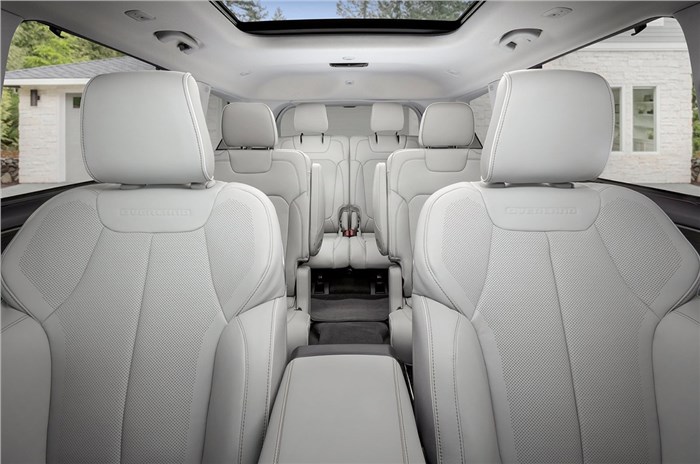 The new Jeep Grand Cherokee L has been revealed in international markets, with the smaller two-row model scheduled to arrive later in the year. The fifth-gen Grand Cherokee incorporates styling elements from last year’s Grand Wagoneer concept and, for the first time, offers a third row of seats.

Jeep has taken elements of its bold Grand Wagoneer concept to production with the new Grand Cherokee L. The borrowed design cues form the basis for a dramatic styling evolution for the Grand Cherokee, which arrives alongside promises of boosted off-road capability, an upgraded interior and improved rolling refinement.

On the sides, the new Grand Cherokee features a prominent beltline running from the headlamps to the slim tail-lamps along with large squared out wheel arches. Another design touch is the window trim that extends from the base of the A-pillar and along the upper edge of the window-line before flowing down and under the rear windshield – a design element also seen on the Jeep Compass.

At the rear the belt line seems to continue between the tail-lamps with the lower tailgate featuring an inset to house the number plate. Low set rear fog lamps and prominent exhaust finishers on the rear bumper round out the look.

The Grand Cherokee's interior is described as "one of the most exquisite and technically advanced" on sale. Clearly inspired by that of the Grand Wagoneer concept, it does away with many of the physical switches and buttons of its predecessor in favour of a predominantly touchscreen-based affair.

The dashboard is dominated by a 10.1-inch infotainment touchscreen that runs Jeep's latest Uconnect 5 operating system, while a new 10.25-inch digital gauge cluster can be configured to show "nearly two dozen" different displays.

The old car's conventional shifter has been swapped for a rotary item (paddle shifters are also equipped), and there are new spaces for smartphone storage and an optional wireless charger.

The L is offered with either six or seven seats – a first for the Grand Cherokee. Expect the yet to be revealed two-row model, to feature broadly similar technology and cabin styling.

As with all previous iterations of the Grand Cherokee, the L sits atop a unibody architecture, but one that has been heavily upgraded "to optimise ride, handling and quiet sound, while also reducing weight and improving fuel economy".

The SUV can be specified with a choice of three distinct four-wheel drive systems: Quadra-Trac I, Quadra-Trac II which adds in low range and Quadra-Drive II which additionally gets a rear electronically controlled limited-slip differential. An optional Quadra-Lift air suspension package can raise the ride height by up to 60mm for increased ground clearance or lower it by 46mm in Park Mode for ease of entry and exit.

Meanwhile, increased use of aluminium for the bodyshell and a series of revisions to the chassis are said to improve on-road behaviour. The front axle is bolted directly to the engine, for example, which reduces noise in the cabin, and new active engine mounts soften and stiffen according to the engine speed for reduced vibration.

The Grand Cherokee L will be offered with a 3.6-litre petrol V6 and the flagship 5.7-litre Hemi V8, but the standard car will likely also get a range of smaller-capacity engines, including a 4xe plug-in hybrid variant.

The smaller car will likely share the new arrival's economy-boosting technology, however, including a disconnecting front axle for reduced consumption at cruising speeds. Electronic driver aids will likely be shared by the two cars as well which includes a head-up display, night-vision camera, drowsiness detection, a digital rear-view camera and traffic sign recognition.