BMW’s answer to the Mercedes-AMG E63 gets updates to its design, more technology and a tweaked chassis setup. 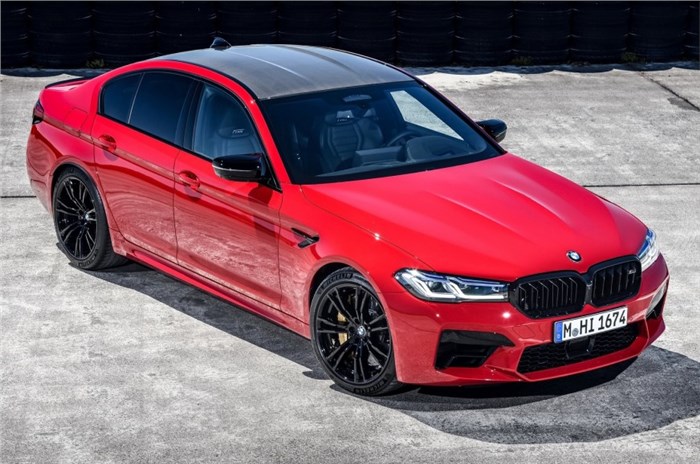 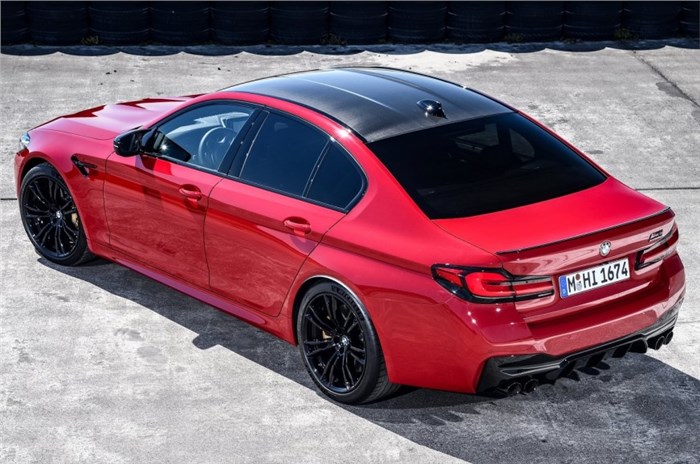 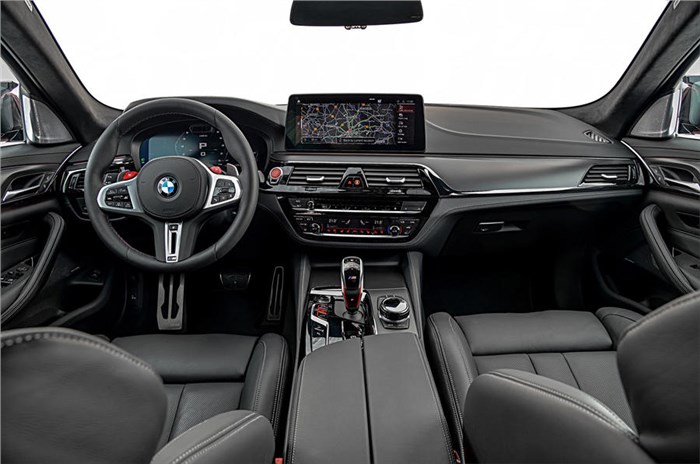 BMW’s M5 performance sedan has been updated to bring it into line with the recently facelifted 5 Series. The Mercedes-AMG E63 rival receives a number of revisions, including tweaked styling, new in-car technology and a retuned chassis.

The exterior changes for the M5 are mostly focused on the front end, where a new double-bar grille design features alongside a reprofiled bumper with new air intakes. The headlights have also been redesigned, bringing new L-shaped LED tubes and incorporating BMW’s Dynamic Laser Matrix Beam for extra brightness on full beam.

At the rear, there’s a new apron and diffuser design, alongside fresh 3D LED tail-lights and a new tailpipe shape.

The changes to the cabin reflect those in the standard 5 Series and include a larger 12.3-inch infotainment display running the latest, seventh-generation iDrive system. Efforts have been made to improve ergonomics, with two new buttons on the centre console taken from the M8.

One allows the driver to switch quickly from Road mode, wherein all the safety systems are operational, to Track mode, which disables all but the collision warning and Evasion Assistant. It even stops the hazard lights from coming on under hard braking. The other button quickly takes you to individual configuration modes for the engine, chassis and standard 8-speed automatic ’box.

Although there were suggestions that more power would be extracted from the M5’s 4.4-litre twin-turbocharged V8, there are the same two powertrain options as before. The standard M5 produces 600hp, while the M5 Competition gets 625hp.

Performance is identical, with the M5 Competition able to sprint from 0-100kph in a claimed 3.3sec and onto a top speed of 304kph when the optional M Driver’s Package is specified.

The M5 Competition has received chassis revisions, however, in the form of new shock absorbers from the M8 Gran Coupé. These are claimed to improve comfort by reducing body movements over bumps and ruts. The M Compound brakes are unchanged, but new colour options for the calipers are now available.

Officially, BMW India has yet to confirm the launch of the M5 facelift. However, the standard 5 Series is expected to arrive in India next year and the pre-facelift M5 has been on sale in Competition form since October 2019 for Rs 1.55 crore (ex-showroom, pan-India).