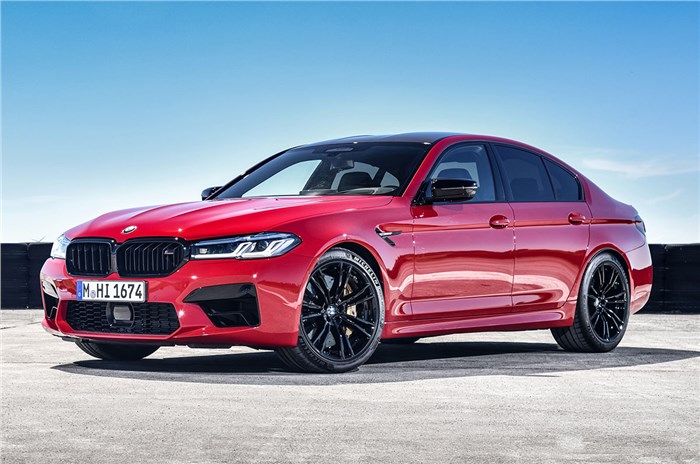 The BMW M5 Competition facelift has been launched in India at a price of Rs 1.62 crore (ex-showroom, India). This makes the updated M5 about Rs 7 lakh more expensive than the outgoing car, which was priced at Rs 1.55 crore (ex-showroom).

Starting with the exterior, the updated M5 gets styling revisions in line with the recently launched 5 Series facelift, replete with the revised grille, new Laserlight headlamps with L-shaped DRLs, and revised tail-lamps. Compared to the pre-facelift M5, the car also gets revised bumpers, with the rear featuring a new apron and diffuser design, along with revised exhaust tips. Buyers get a choice of three 20-inch alloy wheels.

Inside the cabin, the biggest change is to the infotainment system, with the car now getting the larger 12.3-inch touchscreen with the latest iDrive system and supporting Wireless Android Auto and Apply CarPlay connectivity.

BMW says that it has tweaked the car’s chassis as well, along with giving its performance sedan new shock absorbers.

Under the hood, the updated M5 Competition carries forward the 4.4-litre, twin-turbo V8 from the outgoing performance sedan, putting out an identical 625hp and 750Nm of torque. The engine is paired with an 8-speed automatic gearbox that channels power to all four wheels. Like with the pre-facelift car, BMW claims a 0-100kph time of 3.3sec.

At present, the M5 Competition’s closest rival is the Audi RS7, as the Mercedes-AMG E 63 is not on sale in India for the time being, following a facelift in international markets. The AMG sedan is expected to return to India in facelifted form in the near future.