The updated Mercedes E Class rival comes in three variants and with three engine options to choose from. 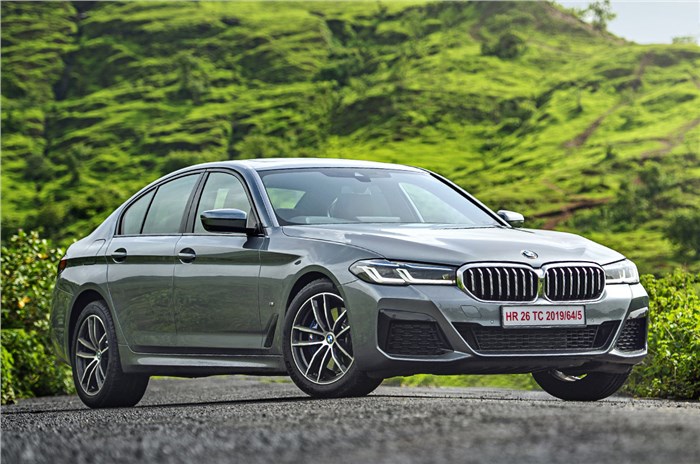 The exterior changes on the 5 Series facelift are concentrated on the front grille, which is wider and positioned lower than before. It also receives a new single-frame design, with a central element in chrome, and sits within a reprofiled front bumper. The larger grille gels very well with the new headlights, which feature BMW’s Laserlight tech in the higher M Sport variants. The headlights get quad LED beams, L-shaped daytime running lights and indicators that are located at the outer edges.

The facelift also gets more heavily structured tail-lights – which are similar in design to those on the latest 3 Series – as well as a redesigned rear bumper. Furthermore, all 5 Series models get trapezoidal tailpipes, regardless of the variant. What’s also standard across the range are the 18-inch alloys, with customers having the option to spec up to larger wheel sizes.

The updated 5 Series is 27mm longer than the outgoing model, though the width, height and wheelbase remain unchanged.

Inside, the 5 Series facelift gets the latest, seventh-generation version of BMW’s iDrive infotainment system, with the previous model’s 10.25-inch central touchscreen being replaced with a 12.3-inch touch display as standard. There’s also a 12.3-inch digital instrument cluster on offer. Furthermore, interior tweaks are focused on the dashboard, which gains a new lower climate display, alongside revised materials and gloss black centre console details.

The petrol variants, however, are now only available with synthetic leather upholstery, with the richer ‘Dakota’ leather and ‘Nappa’ leather options being exclusive to the diesel trims.

Entry-level models get more equipment as standard than before, like adaptive suspension and remote control parking. BMW has also added a ‘reversing assistant’ function, allowing the 5 Series to automatically back up for up to 50 metres, which should be nifty while getting out of tight parking spaces. And finally, there is Android Auto (wireless) on offer this time, in addition to wireless Apple CarPlay.

The BMW 5 Series facelift is available with three engine options – one petrol and two diesels. The petrol engine in the 530i variants is a 2.0-litre, four-cylinder, turbocharged unit that produces 252hp and 350Nm. The smaller diesel engine in the 520d is a 2.0-litre, four-cylinder unit that makes 190hp and 400Nm, while the larger diesel in the 530d is a 3.0-litre, in-line six unit that pushes out 265hp and 620Nm of torque. An 8-speed torque converter automatic gearbox is standard across the range.

In terms of rivals, the 5 Series competes with the Mercedes-Benz E-Class, Audi A6, Volvo S90 and the Jaguar XF in India. 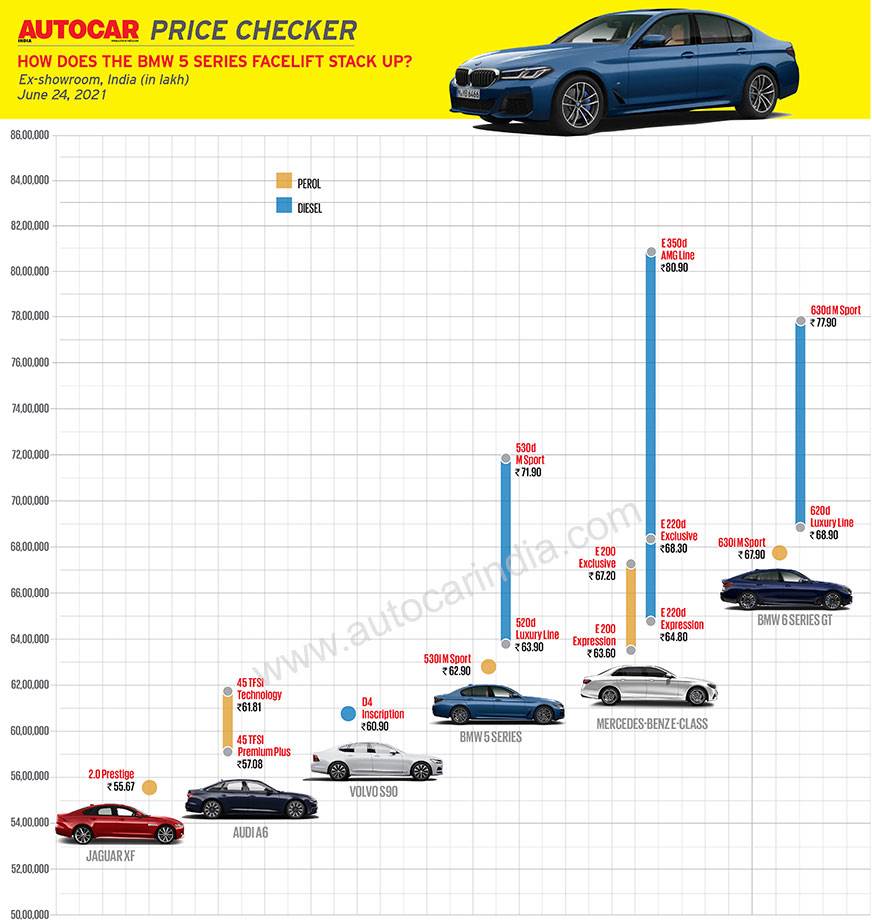