Ahead of its launch next week, dealers have begun accepting bookings for the new Hyundai i20 with the booking amount set at Rs 25,000; deliveries expected to commence by Diwali. 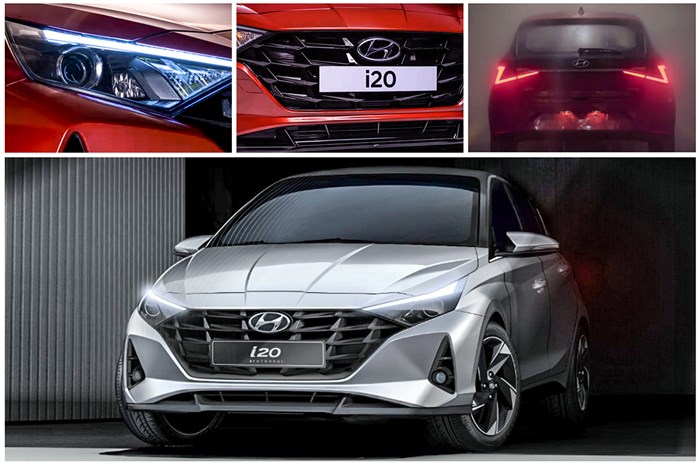 2020 Hyundai i20 bookings have opened unofficially ahead of its launch in November. Hyundai dealers are now accepting orders for the new-generation i20, with the booking amount set at Rs 25,000. The 2020 Hyundai i20’s India launch is set to take place in the first week of November, and dealer sources say, a handful of customers have already made bookings to get their hands on the very first units when deliveries commence by Diwali.

2020 Hyundai i20 interior and exterior details

Spy images leaked a few days ago, and Hyundai’s official sketches, have already confirmed the India-spec 2020 Hyundai i20, remains largely identical to the international-spec model revealed, earlier this year, both inside and out. That said, a new promo confirms the India-spec model ditches the all-LED headlights of the international-spec i20 and instead has projector headlights with LED DRLs.

On the inside, the new i20 appears to sport a dual-tone theme, combining black with coffee brown accents for certain trim elements, leather upholstery and contrast stitching. Standing out on the dashboard is a large, 10.25-inch touchscreen infotainment system. There’s also a digital instrument display, but unlike the high-resolution 10.25-inch colour screen found in the international-spec i20, it's a more cost-effective digital readout panel; the same unit as seen in the Verna facelift. The touchscreen sits above the central AC vents, which are incorporated into the horizontal blades that stretch all the way to the other end of the dashboard.

The new Hyundai i20 for India, has the same four-spoke steering wheel as seen inside the second-gen Hyundai Creta. Among other features of the new i20 visible in the spy pictures are cruise control,  front centre armrest,  Bose sound system,  centre armrest for the rear seat passengers and an air purifier placed between the front seats.

What most will also be thrilled to know is that the range-topping 2020 Hyundai i20 Asta will also have a sunroof. Expect to see Hyundai’s BlueLink connected-car technology to feature as well. Dealer sources say the new i20 will follow the same variant nomenclature as the outgoing model, with the range expected to include Era, Magna, Sportz, Asta and Asta (O) trims.

The 2020 Hyundai i20 Asta automatic, seen in previous spy pictures wears the DCT badge, which confirms the new-gen hatchback will come with the 7-speed dual-clutch automatic gearbox that does duty in a number of other Hyundai India models.

This gearbox will be paired with the 1.0-litre turbo-petrol engine, expected to put out close to 120hp. Entry-level i20 models are likely to come with a 1.2-litre naturally-aspirated petrol engine paired with a 5-speed manual, and there will also be a 1.5-litre diesel engine option that’s expected to be offered in its 100hp state of tune.

Hyundai is also set to offer its intelligent manual transmission (iMT) option on the new i20, which will most likely be an alternative transmission option for the 1.0 turbo-petrol.

When it is launched next week, the new-generation i20 will take the fight to the segment-leader, the Maruti Suzuki Baleno, as well as the Toyota Glanza, Honda Jazz and the Tata Altroz. Expect the 2020 Hyundai i20’s price to range from Rs 5.5 lakh to Rs 9.5 lakh (ex-showroom).

Think the new Hyundai i20 has what it takes to surge to the top of the premium hatchback segment? Let us know in the comments.