2020 Hyundai Creta previewed in official sketches ahead of Expo debut

Retaining nearly all the cues of the new ix25, the India-spec new Hyundai Creta will get minor styling changes; expected to be launched mid-March 2020. 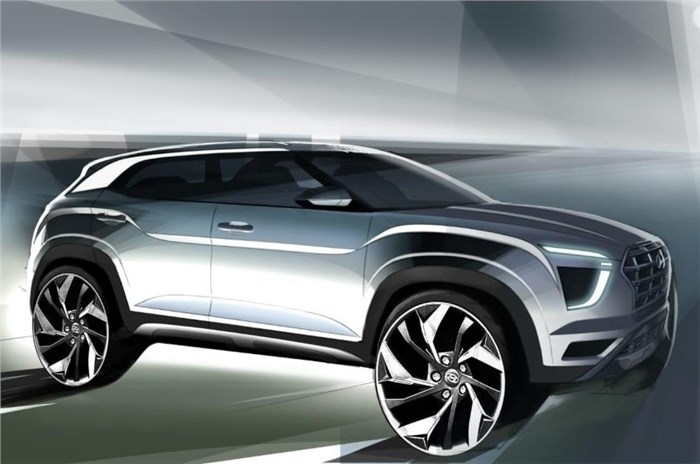 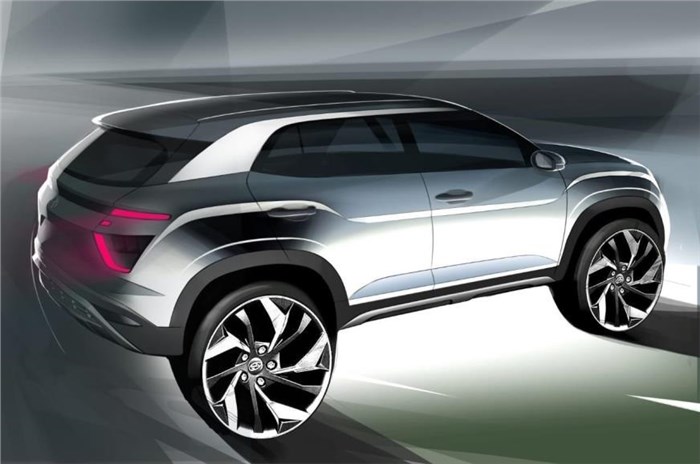 For years, the Hyundai Creta has enjoyed a largely unchallenged run in India’s midsize SUV market, but its cousin, the Kia Seltos, has turned up the heat in the segment. Now, it’s time for the all-new Hyundai Creta to make its presence felt, and the second generation of the hugely popular SUV has now been previewed in official sketches ahead of its debut at Auto Expo 2020.

As is evident in the sketches, the new Hyundai Creta is based on the second-gen ix25 revealed in China last year. It, by and large, looks the same, save for a different grille (more like the Hyundai Venue's) and a different design for the alloy wheels. Unsurprisingly, the new Creta retains the split head- and tail-light setups, as well as the squarish wheel arches of the ix25.

What will be shown on February 6, 2020 at the Auto Expo is only the exterior design of the 2020 Hyundai Creta, with the interior being blacked-out, similar to what the company did with the reveal of the Aura compact sedan. The new Creta's interior and more details about the second-gen SUV will be released closer to its market launch, which we can also confirm is slated for mid-March 2020.

On the inside, the new Hyundai Creta is expected to get the large panoramic sunroof and the 10.25-inch portrait-oriented touchscreen infotainment system as seen on the ix25.

In terms of powertrains, the all-new Hyundai Creta will borrow its engines and gearboxes from the hugely popular Kia Seltos and could also get the Seltos GT Line's 1.4-litre turbo-petrol option.

Armed to the teeth with features, along with an attractive price tag (Rs 10-16 lakh, estimated, ex-showroom), the second-gen Hyundai Creta will have the goods to take the fight to its rivals.

What do you think of the India-spec Hyundai Creta's design? Let us know in the comments.