Second generation of Hyundai's segment-defining SUV will make its global debut on February 6 at Auto Expo 2020; to be unveiled by Bollywood superstar Shah Rukh Khan. 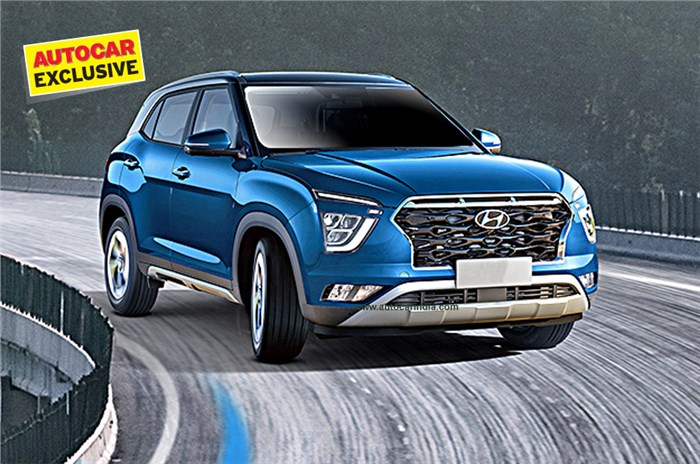 We’re now less than a month away from Auto Expo 2020, and we can now confirm the date for one of the most significant unveils at this year's show. The second-gen Hyundai Creta will make its global debut on February 6, which is the second press day at the Expo, and will be unveiled by Hyundai brand ambassador and Bollywood superstar Shah Rukh Khan.

However, Hyundai will not launch the new Creta at Auto Expo 2020. What will be shown on February 6 is only the exterior design of the 2020 Hyundai Creta, with the interior being blacked-out, similar to what Hyundai did with the unveil of the Aura compact sedan. The reason for it? Hyundai will reveal the new Creta's interior and more details about the second-gen SUV closer to its market launch, which we can also confirm is slated for mid-March 2020.

Based on the second-gen ix25 revealed in China last year, the second-gen Hyundai Creta is expected to get India-specific design changes, including a new grille, different alloy wheels and a few more cosmetic tweaks on the inside. However, the India-spec model is expected to retain the split head- and tail-light setups, as well as the squarish wheel arches, large panoramic sunroof and the 10.25-inch portrait-oriented touchscreen infotainment system as seen on the ix25.

In terms of powertrains, the all-new Hyundai Creta will borrow its engines and gearboxes from the hugely popular Kia Seltos and could also get the Seltos GT Line's 1.4-litre turbo-petrol option.

For years, the Hyundai Creta enjoyed a largely unchallenged run in the Indian market, but it now faces stiff competition from its own sibling, the Kia Seltos, and there’s also the MG Hector, which has found plenty of takers already. Action in the midsize SUV segment will only intensify with the arrival of the next-gen Mahindra XUV500, and other Chinese carmakers such as Great Wall Motors and Haima Automobile also eyeing the space. It’s safe to say the Creta will surely have its work cut out, but armed to the teeth with features, along with an attractive price tag (Rs 10-16 lakh, estimated, ex-showroom), the second-gen Creta will have the goods to take the fight to its rivals.