The most important points to keep in mind about Hyundai’s all-new budget hatchback. 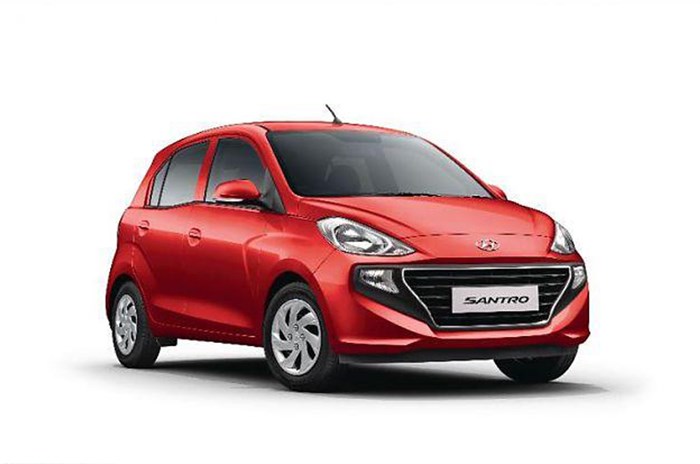 With the new Santro, Hyundai hopes to rekindle the magic of the older model in the budget hatchback segment. The Korean brand’s Eon failed to make so much as a dent in terms of sales, and now that it has been replaced by the upcoming Santro, Hyundai plans to take the fight to Maruti Suzuki and Tata in this competitive segment.

With this in mind, here are the five key things to remember about the all-new Hyundai Santro:

The new hatchback brings back the original model's nameplate and is also a return to the tall-boy design. While our specifications comparison showed it to be one of the tallest and widest in its class (1,645mm and 1,560mm, respectively), it is by far the shortest in length (3,610mm). While its silhouette may not put it at par with the original Santro or the boxy Maruti Suzuki WagonR, the new Santro is definitely a tall boy. This, along with the fact that the new hatchback is based on the same platform as the larger Grand i10, indicates that the Santro could boast class-leading space on the inside.

It gets segment-first features

A long features list is a very Hyundai trait and the Santro carries this ethos forward. The top-spec Asta trim will sport quite a few segment-first features, including a 7.0-inch touchscreen infotainment system with Android Auto and Apple CarPlay, rear AC vents and a reverse camera. Lower-spec variants are expected to get steering-mounted controls, power windows, a USB port at the front and power-adjustable and folding wing mirrors with integrated turn indicators. Interestingly, there is some kit that the Hyundai misses out on, like adjustable headrests at the front and rear and a height-adjustable driver’s seat.

Though it’s down on its safety kit

Surprisingly, the Santro does not get dual front airbags – a feature available on its rivals like the Datsun Go and Tata Tiago. Meanwhile, the Santro and Celerio both get a driver’s side airbag as standard though the Celerio gets the option of a passenger-side unit. Other safety kit on the Santro includes ABS with EBD, seat-belt reminders and pretensioners, a rear defogger and wiper, and rear parking sensors. The latter feature is meant to help the Hyundai meet the upcoming Indian crash test norms.

Marks debuts of AMT for Hyundai

For the first time since Hyundai's arrival in India, the brand will offer the low-cost automated manual transmission instead of the more expensive torque convertor automatic unit. The 5-speed AMT (and the 5-speed manual that comes as standard) comes mated to an updated version of the Epsilon petrol engine which powered the previous Santro Xing. In its current form, the 1,086cc, four-cylinder, naturally aspirated motor makes 69hp and 99Nm of torque, and has an ARAI fuel efficiency figure of 20.3kpl. The hatchback will also be offered with a CNG kit which brings output figures down to 59hp and 84Nm of torque, and is rated to go 30.5km/kg of gas.

It will be priced aggressively

In order to beat Maruti Suzuki at its own game, Hyundai is looking to undercut the Celerio. Our sources indicate that the new Santro will start at about Rs 3.7 lakh for the base Dlite variant and go up to Rs 5.4 lakh for the top-spec Asta trim. This means that it will comfortably slip under the Rs 4.21-5.40 lakh you have to shell out for the Celerio; though it will directly compare with the Tata Tiago petrol (Rs 3.40-5.63 lakh) and the recently updated Datsun Go (Rs 3.29-4.89 lakh).

2018 Hyundai Santro CNG to be offered in two variants

Hyundai Santro AMT to be offered in two variants