200hp plus Hyundai i20 N teased ahead of unveil 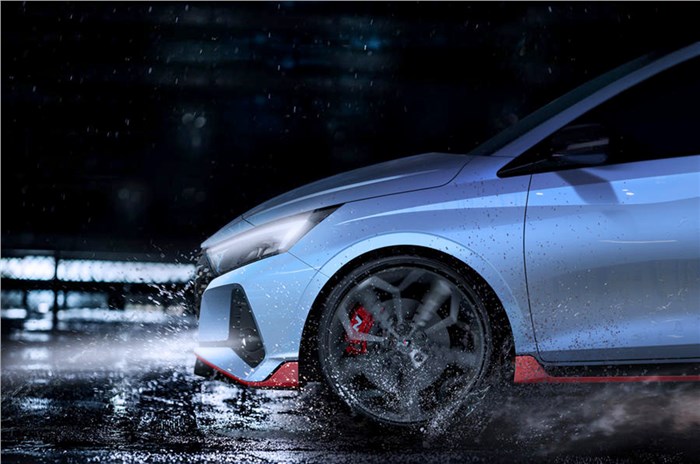 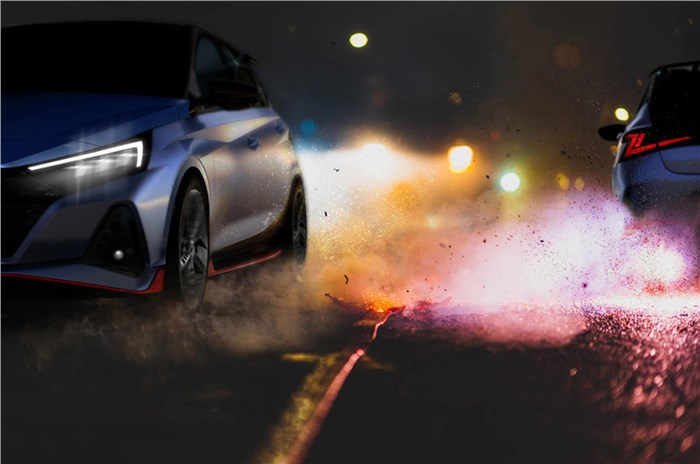 The performance oriented Hyundai i20 N will see a world premier soon.  The brand has released a first set of teasers and a few details. We tell you more about it.

The i20 N will be Hyundai’s answer to performance hatchbacks sold abroad like the Ford Fiesta.  The teaser images show the model in the Hyundai N brand's familiar shade of 'Clean Slate' grey, and reveal that it will be marked out from the standard i20 with red brake callipers, flared arches, more angular bumper designs and coloured lower trim.

The i20 N will come with bespoke sports alloys wrapped in low-profile rubber, behind which lie much bigger front and rear brake discs than those of the standard i20. Additionally, the i20 N also appears to sit closer to the ground for a lower centre of gravity and improved dynamic performance.

While the car has not been revealed in full, what can be confirmed is that the hot hatch will gain additional bespoke styling details, likely a rear spoiler, front splitter, enlarged air intakes and an extra exhaust outlet.  The i20 N could come with an upgraded version of the brand’s 1.6-litre turbocharged petrol motor for a power output of around 200hp.

Additionally, the i20 N will gain a stiffer suspension set-up, sports seats and a range of new configurable driving modes.

While the i20 N will see a world premier overseas, India is expected to get the standard version of the car soon. Sources tell us that the model will hit Hyundai India showrooms by the end of October or early November and more details on the new i20’s India launch plan are expected to be uncovered soon.  The new i20 will rival the likes of the  Tata Altroz, Maruti Suzuki Baleno, Toyota Glanza and Honda Jazz in the Indian market.