No car in its class gives you so much car for so little cash. But what’s it like to drive on a daily basis? And is it as practical and flexible as other 7-seaters? 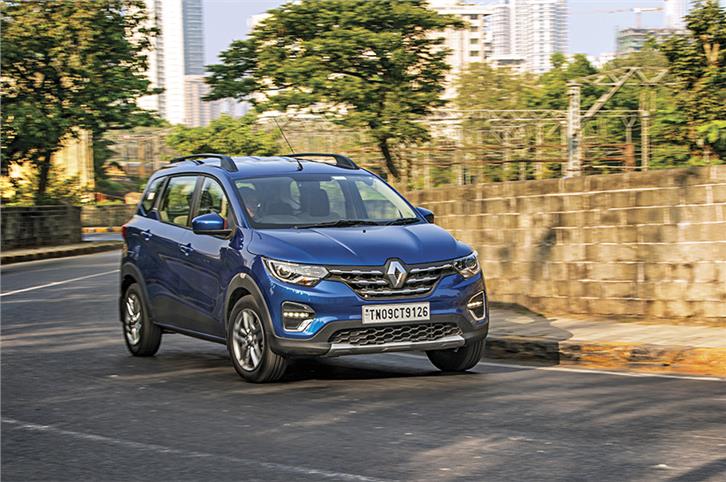 It’s nicer to drive around corners than you expect.

Pushing the envelope is something Renault does best. And here, without a shadow of doubt, is proof. The design is outstanding, the packaging is brilliant, and then, as you stand there going wow, you are hit with the killer price. How has Renault managed to deliver all this: the impressive build, the high-quality bits, the generous amount of kit, and seven usable seats, for less than Maruti Swift money? Is it any wonder then that the Triber is selling well and has helped Renault register growth even in this sharply declining market? 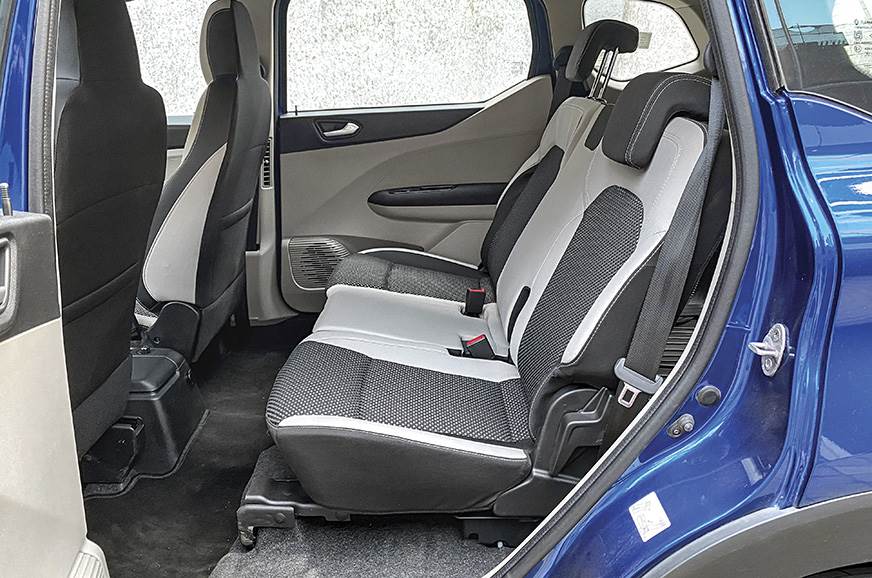 Acres of usable space on the inside, quality levels are quite impressive too.

Almost the first thing that impresses me when I start using the Triber on a daily basis is that you never need to take the key out of your pocket. Approach the car and it unlocks the doors for you. Even when you walk away, with your hands full, you don’t have to stop and put down what you are holding to lock the car. A step ahead of systems, with a push button on the door handle, and an absolute delight on a car of this price. 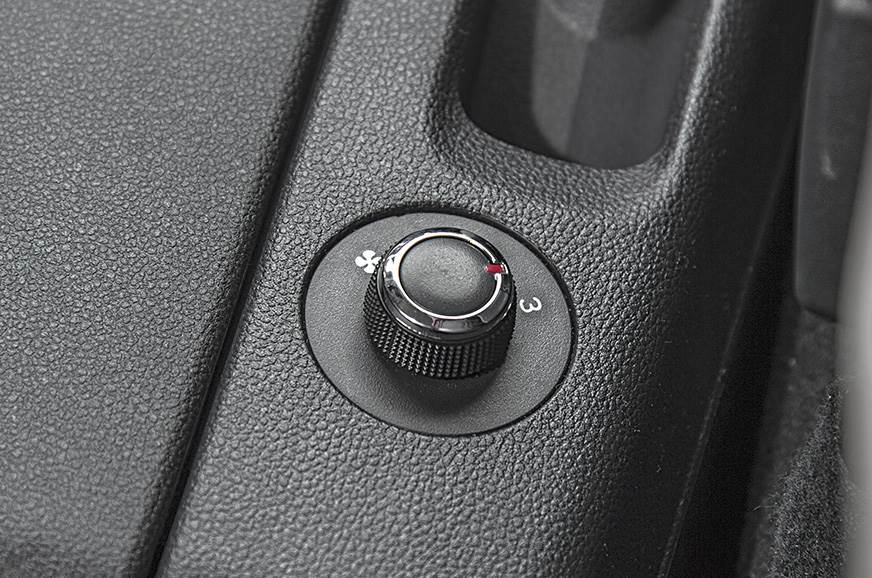 KEEPING IT COOL: The blower control allows you to push more cold air to the rear, important in summers.

Up next is the amount of space on the inside. With a second row that slides back and forth, vents for the rear-seat passengers, and nicely configured and designed seats, the rear of the cabin offers more comfort than any car at this price; and that’s even with a child seat locked in place. Yes, Isofix anchor points are missing and I don’t like that the third row doesn’t get retractable seatbelts (which means less people will use them), but, this apart, the Triber gets ABS, dual airbags and even a useful reversing camera. 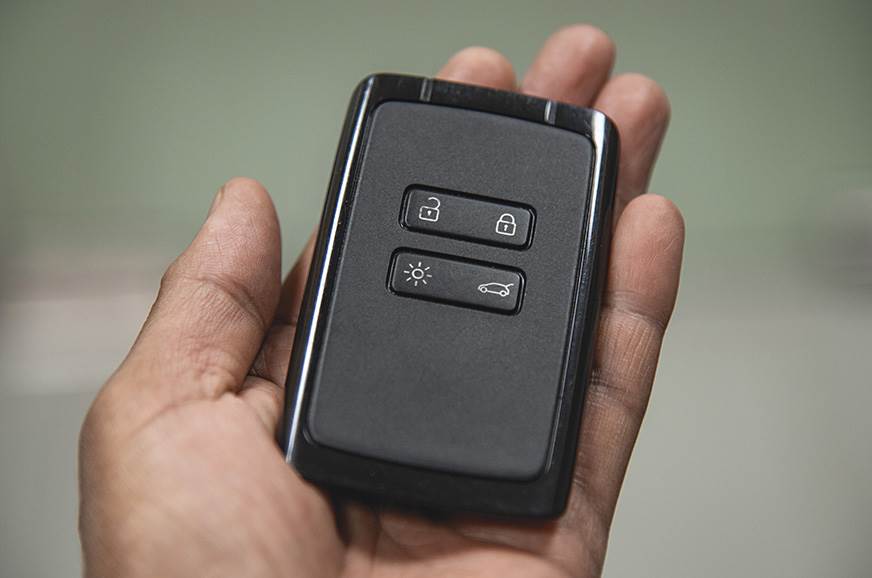 KEY POINT: Proximity sensors unlock the car as you walk up to it. Walk away and the doors lock too.

I also find the Triber mildly pleasing to drive, so getting behind the wheel isn’t all drudgery. Since the time it’s been with me, I’ve done my fair share of early morning and late night runs, and to my surprise, the Triber seems to have a nice balance. The steering is quick enough to make it a pleasant steer, it points nicely into corners despite the relatively long wheelbase, and though the top end is thrashy and loud, power increases nicely from 4,500 to 6,000rpm.

“Aren’t you enjoying yourself a bit too much?” asks the Home Minister from the rear seat during one of our late night drives home, not looking up from the phone. Guilty as charged. 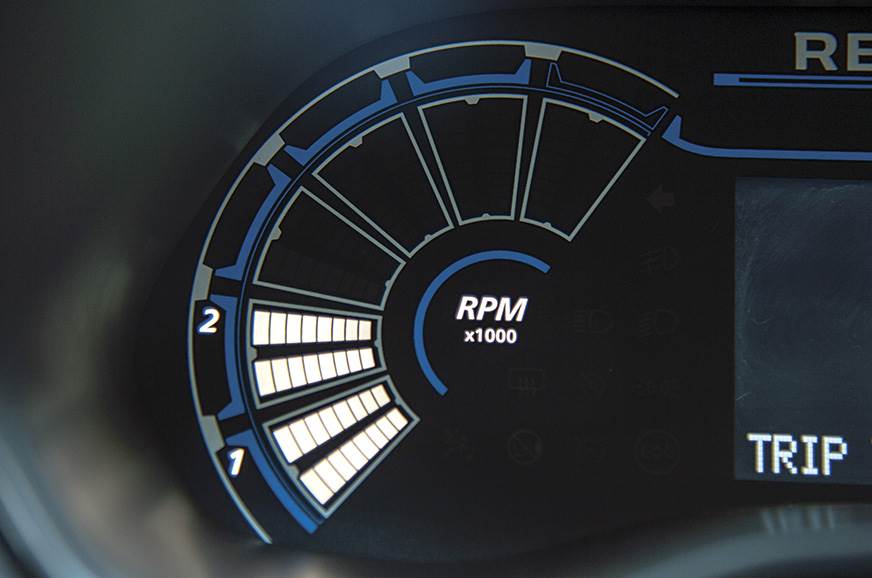 FEW HICCUPS: Low-engine-speed responses are strong, but progression at times is snatchy.

Of course, to meet its very aggressive price point, Renault has made some compromises. A bit rough around the edges in some areas and not as well signed off in others, the Triber isn’t perfect; far from it. This regularly manifests itself on the 6km, 40minute trudge from home to office. Now, the urban crawl is where you’d think the small-capacity engine wouldn’t have any downside. The bottom end, however, is jerky, especially when the engine is cold. There’s some hesitation, both on application of throttle and when you lift off the gas, and then spin the engine faster and there’s a sort of flat spot in the mid-range. 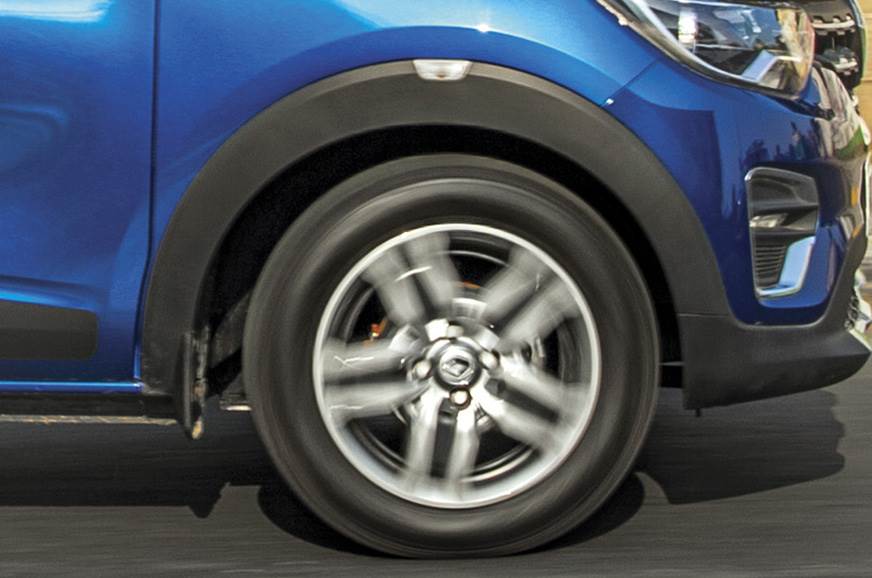 PLASTIC FANTASTIC: They look cool and are quite convincing, but they aren’t alloy wheels and only wheel caps.

Yes, the Triber pulls strongly at low speeds, when everything is working in concert, and the tug here is good too. Still, wish it were smoother in general and less thrashy at higher speeds. Also, while the ride is good for the most part – and the Triber rolls over broken patches of road with only some up and down movement – large-size potholes and deep craters present a more serious challenge: the raised suspension occasionally results in a loud ‘thwack’. At times, passengers also get tossed around quite a bit.

Despite this, the Triber is proving to be a relatively fuss-free car to live with. The large touchscreen is sharper and slicker to use, the car phone works well as long as I don’t mumble, and cranking up the volume on the audio system also delivers the desired effect. 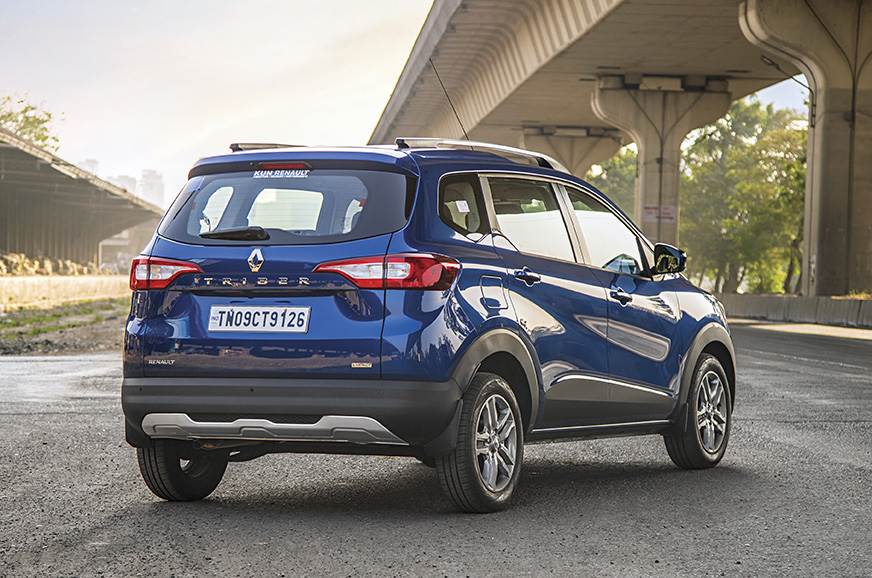 Also, coming up in our subsequent issues and long-term reports: how good the Triber is on the highway, how it deals with steep inclines when loaded, and what’s the stability like at high speeds. These and other difficult questions answered when we put the Triber under the microscope.