The compact 7-seat Triber will soon get the option of a 5-speed AMT automatic option. 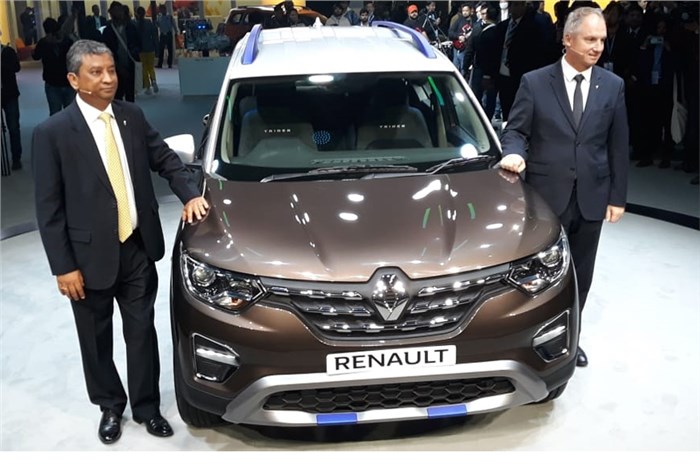 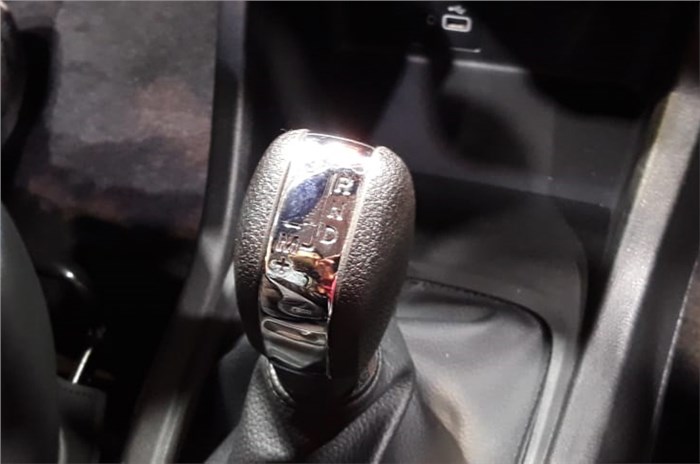 The Renault Triber has been on sale only with a single engine-gearbox – a 1.0 petrol engine with a 5-speed manual transmission – version so far. But Triber buyers will soon have the option of an AMT automatic as well, with Renault revealing a spruced-up concept of this version at Auto Expo 2020.

The Triber automatic is powered by the same BS6-spec 72hp, 1.0-litre, three-cylinder, naturally aspirated petrol engine like the manual, with the only mechanical change being the use of a 5-speed AMT gearbox. A conventional gear lever is part of the package, giving drivers the option to shift manually as well.

Though the AMT version that’ll go on sale is expected to look identical to the manual, the model on display at the Expo sports blue highlights on the roof rails, dashboard and on the door panels.

Like the manual, the top-spec Triber RxZ will get features like an 8.0-inch touchscreen infotainment system with Apple CarPlay and Android Auto, a digital instrument cluster, AC vents on all three rows, keyless entry and go and projector headlights with LED DRLs as standard.

When launched in Q2 2020, the Triber AMT will be costlier than the manual versions by about Rs 50,000. Further down the road, Renault will also introduce a more powerful 1.0-litre, turbo-petrol engine to the compact 7-seater's line-up.

Also on display at Renault's Auto Expo stall are the K-ZE EV, Zoe electric hatchback, Symbioz concept, and the Twizy.