Expected to rival the Honda CB350RS and Jawa Forty Two. 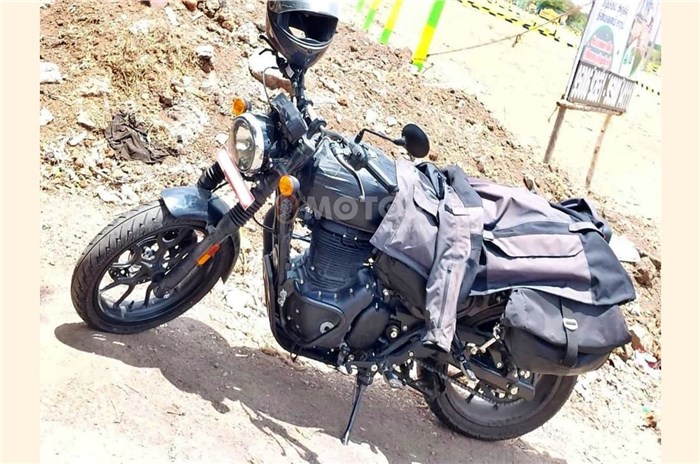 Royal Enfield is readying a new 350cc motorcycle that's been spotted testing recently. Although the Internet has dubbed it the Royal Enfield Hunter 350, we'd wait for the company to reveal its official name. For now, let's pore over  these images of the test mule that reveal a few more details about the upcoming motorcycle.

As we've said before, the new Royal Enfield 350cc motorcycle may sport a typical modern-classic motorcycle design. Although this motorcycle is based on the same J platform that the Royal Enfield Meteor 350 is built upon, the 350cc model you see bears a completely different design.

This is evident in the teardrop-shaped fuel tank, single-piece seat with a pillion backrest, as well as the short front and rear fenders. Interestingly, the tail-light on this test motorcycle is a round unit, unlike the one we had seen on the motorcycle being tested earlier last year.

Other details that catch the eye are the round headlamp with a chrome bezel, fork gaiters, and a comprehensive engine sump guard. There's an engine crankcase protector as well, however, it's unclear if these will be part of standard equipment on the production model.

Sharing the platform with the Royal Enfield Meteor 350 translates to using the same components. The switchgear, handlebar grips, instrument console with tripper navigation and ABS equipped brakes look similar to the ones on the Meteor.

The new 350cc motorcycle will also share the same 349cc, single-cylinder engine that makes 20.2hp and 27Nm of peak torque. It'll be paired with a 5-speed gearbox. That said, the exhaust pipe is upswept, unlike the straight exhaust on the Meteor. 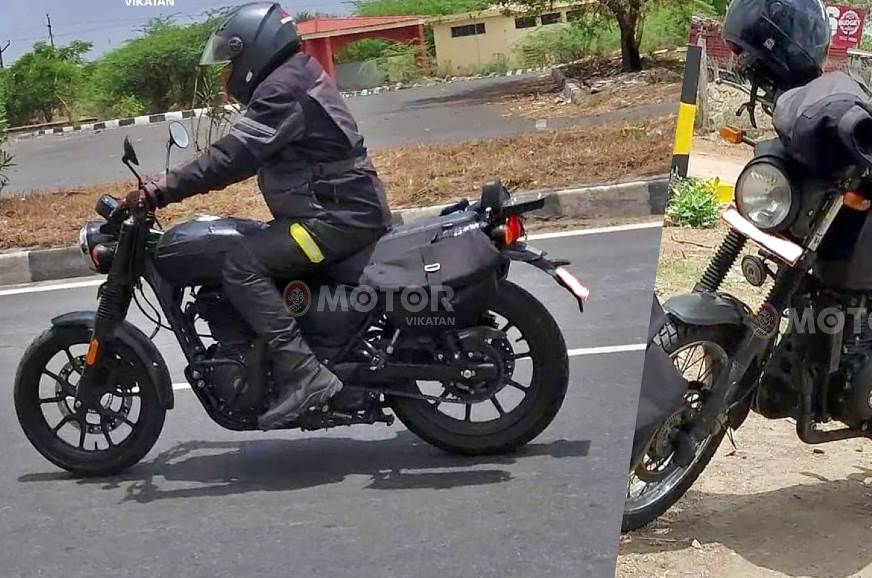 As far as the frame is concerned, the top-half of the split-cradle chassis should be similar to the Meteor. However, the bottom-half seems to be new, given the relatively centre-set position of the foot pegs compared to the Meteor's cruiser-style forward-set foot pegs.

In fact, the new Royal Enfield 350cc motorcycle will have a relatively upright and sportier riding position because of the flatter handlebar and repositioned foot pegs, and going by the way the test rider is seated.

Speaking of rivals, the new Royal Enfield 350cc motorcycle is going to go up against the Honda CB350RS and the 2021 Jawa Forty Two. Watch this space as more details about the new 350cc Royal Enfield motorcycle emerge.