The CB350RS is the second motorcycle to be based on Honda’s CB350 platform, following the H’ness. 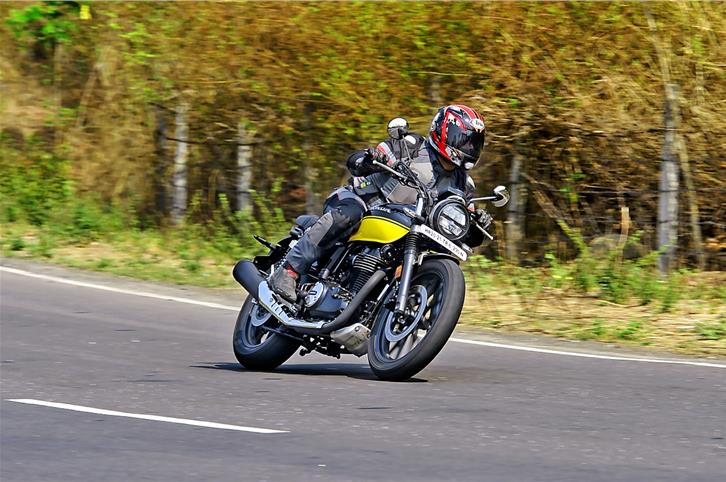 The benefit of platform sharing lies in the fact that you can spawn multiple products by largely using the same components. Case in point is the new Honda CB350RS that's based on the popular, retro-styled H'ness CB350. The RS takes a new approach towards design and ergonomics, while retaining the H'ness' frame, suspension, engine, et al. Which begs the question, should you pay the extra dough for the CB350RS?

Honda is clearly gunning for the youth with the CB350RS, and that's evident in its styling. Firstly, the similarities with the H'ness CB350 is evident in the shape of the fuel tank and LED headlamp. However, the dual-tone, black and yellow paint work looks attractive, while the headlamp uses a matt black ring instead of chrome. It is flanked by new LED turn indicators that seem to be plucked off the Honda Hornet 2.0.

The side panel is new as well, and thankfully, the hideous-looking H'ness  badge is not there, replaced with a nicer CB350RS badge. This side profile also reveals the motorcycle's predominantly black theme, with only a little chrome peppered on the exhaust heat shield, handlebar and mirrors. Besides that, the tail section has been redesigned for a compact, yet modern look and, personally, it is one of my favourite angles of the RS. 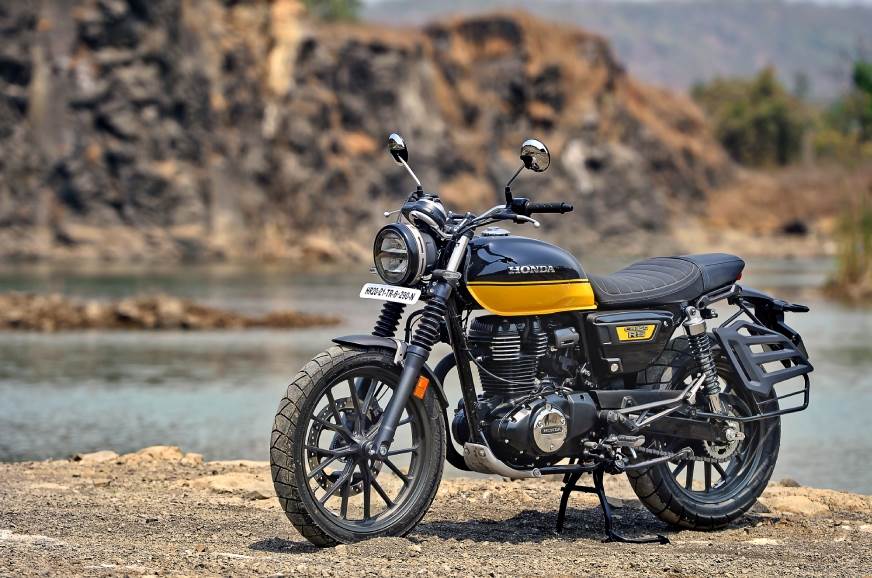 I like how Honda has integrated a rectangular LED tail-lamp and grab rail under the seat, while the small plastic fender puts up the new 17-inch wheel shod with a 150-section MRF Kurve tyre on full display. It adds to the stance of the motorcycle but don't let the wide block pattern on the tyres, fork gaiters, 19-inch front wheel and the new metal bash plate, attached to the bottom of the frame, fool you into believing that this is a Scrambler. Because it isn't and neither is it a cafe racer. It may seem that the CB350RS is suffering from an identity crisis because it can’t be classified as  a type of motorcycle, but let's just call it a very good looking, 350cc street motorcycle. We actually found it better looking than the H'ness CB350, and it looks striking as soon as you set your eyes on it.

As far as fit and finish are concerned, we've got no complaints, but considering the extra rupees that Honda is charging for the RS, you may feel a little short-changed after noticing at the features list. The Bluetooth connectivity module and a Type-C USB charger that's present in the H'ness CB350 DLX Pro variant is missing on the RS. While the USB port can be added as an accessory, there is no way to integrate Bluetooth connectivity. Then why is Honda charging nearly Rs 10,000 over the base H'ness CB350 DLX model? The company says that the new grab rail, fenders, fatter tyre and metal bash plate account for the additional input costs. 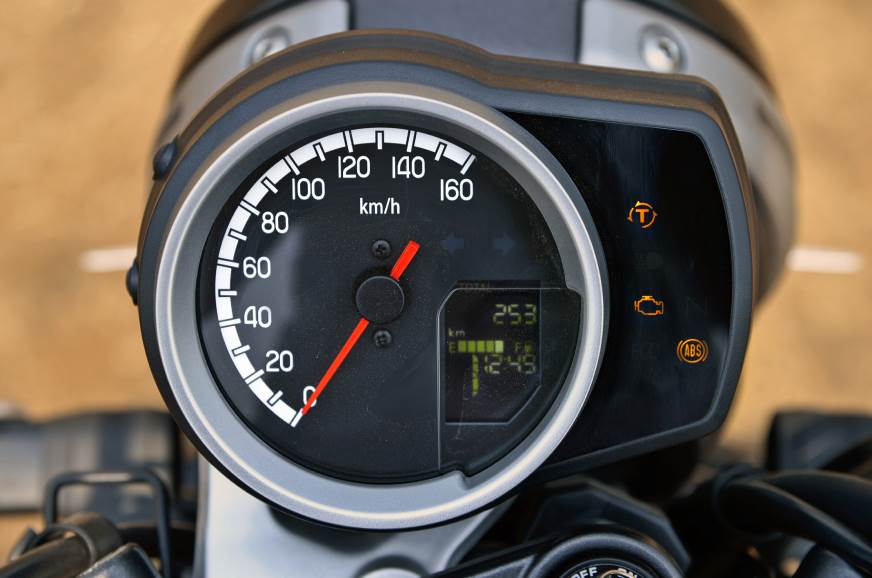 Besides the design, the ergonomics have been tweaked for a sportier riding position. In comparison to the H'ness CB350's upright and commuter motorcycle-style seating, the CB350RS puts you in a slightly more forward-biased position. This was achieved by moving the foot pegs behind by 112mm and placing them higher by 12mm, while the handlebar is a smidgen wide and placed 10mm higher and 41mm farther than the one on the H'ness. This, along with the slightly scooped, yet firm and supportive seat, results in a riding position that's sporty yet very comfortable. You get a feeling of being seated into the motorcycle, rather than on it, and this certainly helps in getting a more connected feel with the bike. 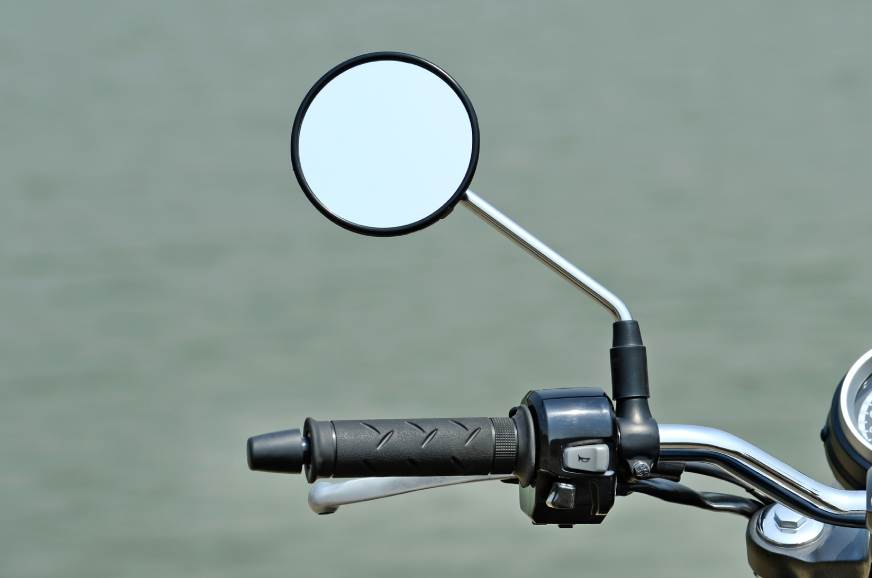 I could also easily see myself touring on the CB350RS without too much fatigue setting in, even after spending long hours in the saddle. Speaking of which, this seat has a lot of room for the rider, but my only concern is the suede-like texture that may turn out to be a pain to maintain in our dusty environment. The other issue I've got is with the mirrors – they show more of my arms and less of the traffic behind me. Then there's the annoying and unintuitive placement of the horn switch, which means you can't find the button when you need it the most, especially to warn someone of your presence.

But I'm okay to let that pass because the riding experience makes up for it.

This 348.36cc, long-stroke single is in the same state of tune as the H’ness CB350’s engine, producing 21.1hp peak power and 30Nm of peak torque. Honda hasn't even tinkered with the internal gearing or the final drive ratio.

This means you've got the same tall gearing and it comes as no surprise that the performance is closely matched, despite the RS weighing 2kg less than the H'ness. The fuel economy, however, is marginally better, with the RS managing to squeeze about 1.5kpl more in the city and the highway. But that could simply be down to the time of day and varying traffic conditions. 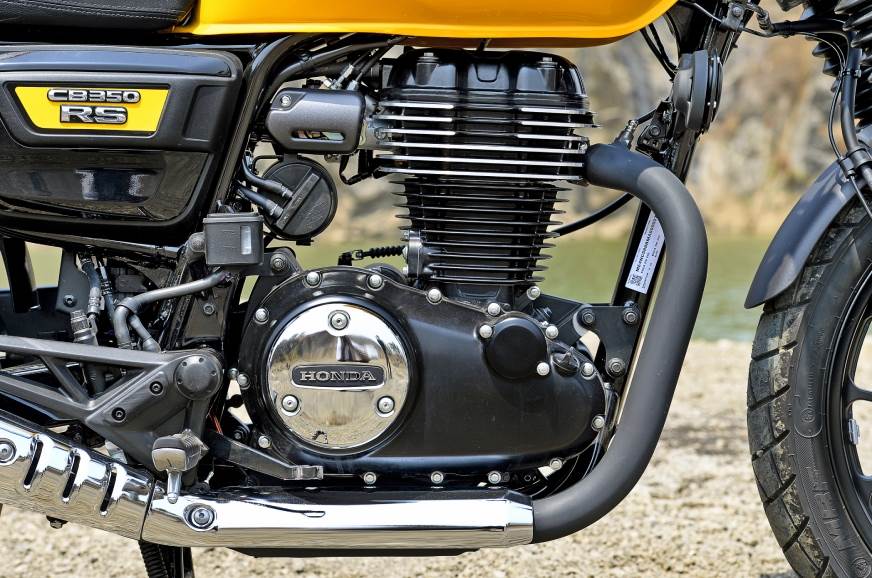 That said, we did complain about the tall gearing being a total mismatch on the retro-themed H'ness CB350,  but in the case of the RS, it suits the motorcycle's character and application. You see, given the way you are seated in a sporty stance, you get into this frame of mind where you want to ride aggressively. Which is why you won't mind this counterbalanced engine's need to be revved, especially after noticing its refinement, even at high speeds. The slick 5-speed gearbox and slip and assist clutch makes light work of keeping the engine in the powerband, while the raspy exhaust note elevates the riding experience. That said, a little more top end performance would've been nice and the tall gearing still compromises drive on uphill sections.

Underneath the bodywork, the  Honda CB350RS has the same half-duplex cradle frame as the H'ness, while the suspension units and steering rake are identical as well. The only major difference, as we've mentioned, is the switch to a 17-inch wheel at the rear and new block pattern MRF tyres.

On the road, these tyres offer decent amounts of grip, even when the motorcycle is leaned into a corner, while the handling is as neutral and predictable. The switchable traction control may seem like overkill on a 21.1hp motorcycle, but newbie riders won't mind the system being there to prevent unnecessary wheelspin on slippery surfaces. 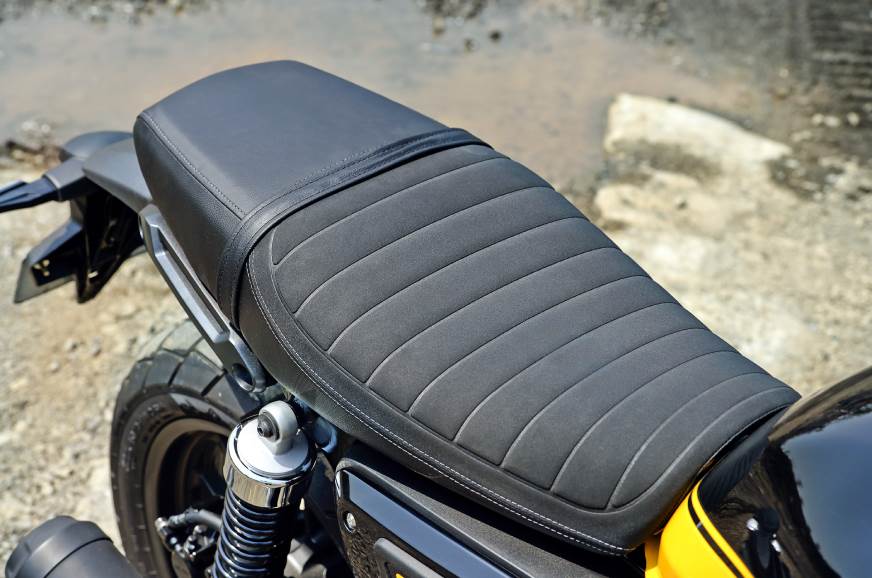 Considering the 19-inch front wheel and the tyre pattern, you can ride the motorcycle down a trail as well, and the additional 2mm of ground clearance on the RS makes it more capable to take on bad roads.

The ride quality at low speeds is a little stiffer than the competition but it remains composed as the speed rises. In fact, it is pretty good at isolating big potholes as well and you won't mind maintaining a fair clip over poor roads.

The brakes leave no cause for complaint either, and the ABS is well calibrated and does not intrude unless necessary. 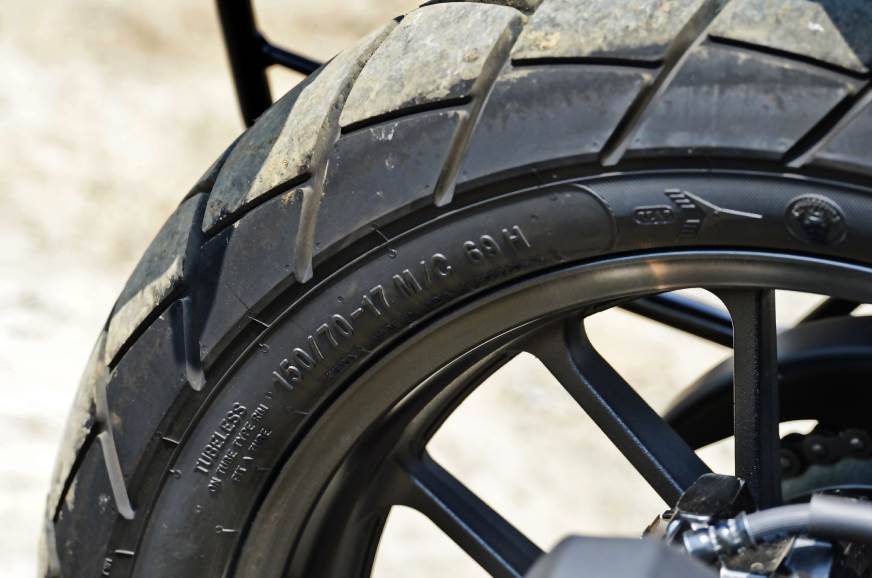 The Honda CB350RS has a lot going for it and it comes across as a very well rounded package. Although styling has always been a personal choice, the RS' design will find universal appeal. This, coupled with the involving riding experience, makes the motorcycle worth considering. In fact, I won't be surprised to see the RS appeal to a much wider audience than the H'ness CB350. However, what could turn out to be a spanner in the works for this motorcycle is the limited Big Wing sales and service network in India. While the number is steadily increasing, accessibility remains a concern.

All said, if you are considering a 350cc Honda in today's time, the CB350RS is the one to buy.