Royal Enfield posts slow sales in the month of March

Exports showed positive growth, with sales up by 33 percent. 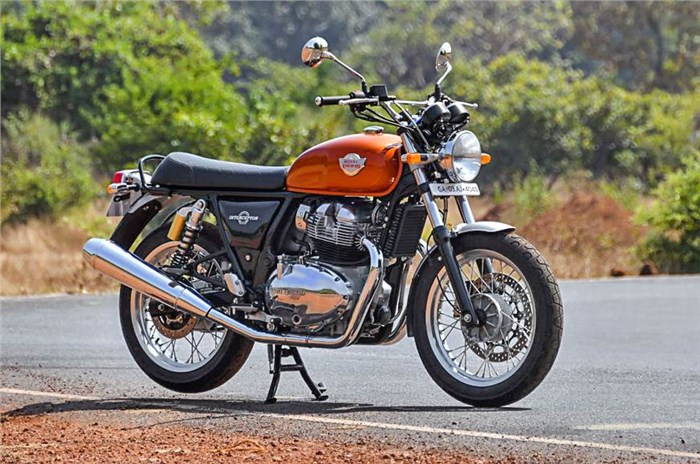 Royal Enfield posted a negative sales performance in the month of March 2020, owing to the poor sentiment in the Indian market and the COVID-19 pandemic that has gripped the world. Royal Enfield managed to sell 32,630 units in March 2020, while it sold 58,434 units during the same period in 2019.

These figures show the company's performance for the domestic market only. However, on a positive note, its exports market saw a jump in March 2020, with the company selling 3,184 units, whereas it only managed to sell 2,397 units in 2019. That's a 33 percent increase in exports.

That said, the poor sales in India has had a bearing on the overall performance this past month as sales slipped by 41 percent. Compared to March 2019 where Royal Enfield sold 60,831 units, this year the company only sold 35,814 units.

Royal Enfield's sales performance is an indicator of the slowdown in the industry, and with the coronavirus havoc, it's going to take a while before things start to look better.

The one thing that Royal Enfield won't have to bother about, however, is the BS4 to BS6 transition hassle as it managed to sell all of its BS4 stock well before the original March 31, 2020, deadline.

The company is also gearing up to launch a slew of new motorcycles in the upcoming months. The new Royal Enfield Meteor 350 was spotted recently, giving us a glimpse of what to expect in the future.