After a number of regular sightings of the test bikes, we finally get a good look at the production-spec Royal Enfield Meteor 350. 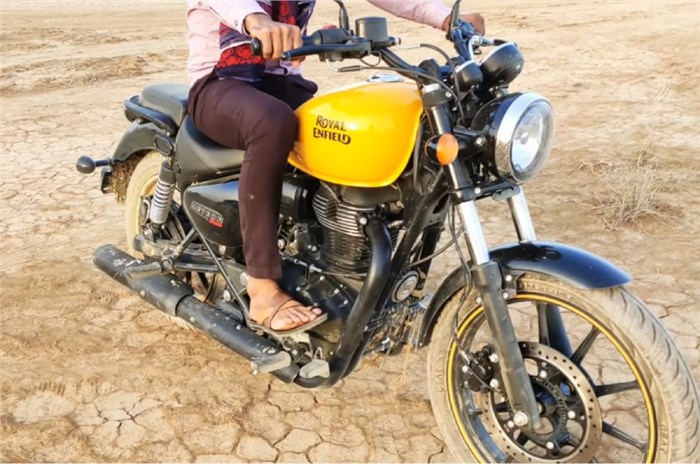 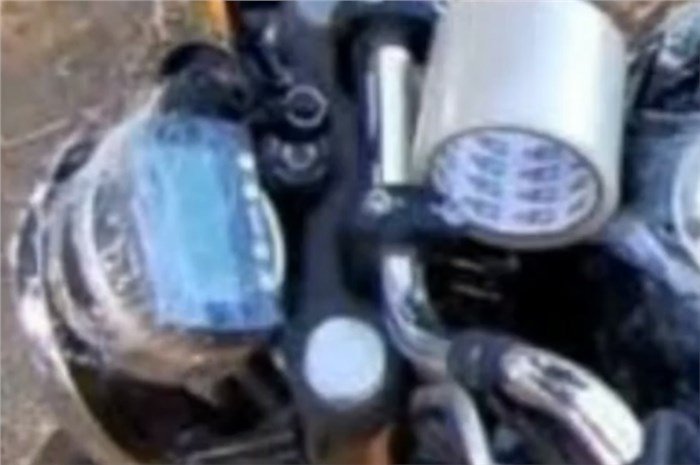 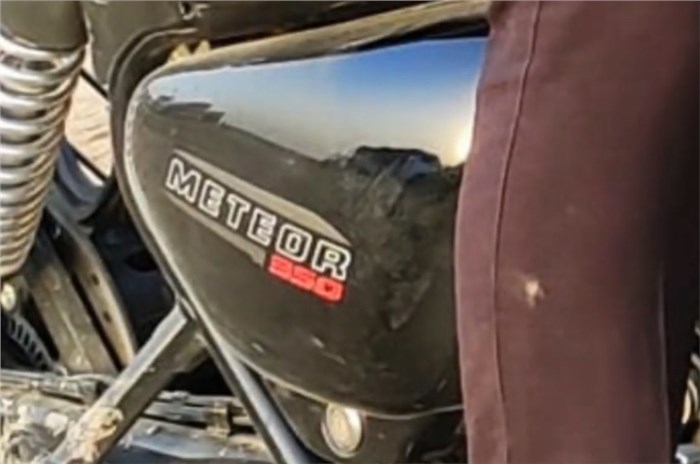 It's been rumoured for a while now that Royal Enfield will drop the ‘Thunderbird’ name in favour of ‘Meteor’, a name the company trademarked early last year. This has now been confirmed because the bike you see in these images here is the production-spec model of the next-generation Thunderbird, and you can clearly see ‘Meteor 350’ on its side panels. Why change what has become a strong brand name in the Indian market? Well, one reason could be that Royal Enfield doesn't have the rights to the Thunderbird in all countries, courtesy a rather iconic Ford. As a result, the Thunderbird was sold as the Rumbler in many international markets. In addition to this, ‘Meteor’ is a heritage name for Royal Enfield, and the company used to sell a bike by the same name in America in the 1950s.

What about the bike itself? There are no surprises here and everything seems to be in line with what we’ve seen in all the spy images previously captured. The only thing new is the bright yellow scheme that is similar to the bright colours on the current Thunderbird 350X models. The latest images highlight that the Meteor 350 will get a new circular instrument console with a larger, offset unit on the left that will house a small digital display. What the smaller circular unit on the right has to offer is presently unclear; there’s a possibility of it being a USB charger. Other details like the split seat, alloy wheels and large fuel tank remain the same as on the test bikes.

The biggest news with the Meteor is that it will sport a brand-new double cradle chassis and that it will also run a completely new engine. Royal Enfield has worked hard to ensure this motor keeps its classic design, but we’re sure to expect a more modern SOHC system for the valvetrain, and, of course, fuel injection. The hope is that this motor will be able to retain its easy-going, old-school feel and character, but also offer vastly improved performance and refinement.

It appears that it won’t be very long for us to find out if Royal Enfield has managed that because the Meteor 350 looks production-ready. In fact, these images were reportedly taken during a TVC shoot, which means a launch isn’t far off. We had previously reported that Royal Enfield’s next-generation, single-cylinder models were expected by mid-2020, and it looks like the Meteor 350 could be the first among them. But there’s much more to come and it’s no secret that the company is also working on a new-gen Classic 350 on the same platform. We even recently spied a completely new motorcycle with a Triumph Street-Twin-style design that was also running on the same platform. The COVID-19 disaster may well spell some delays, but we’re now in the final run-up to the first of Royal Enfield’s most important product launches in over a decade.