The Royal Enfield 650 platform is set to expand further with new models in the pipeline.

Royal Enfield is working on a number of new 650cc models, following the recently unveiled Super Meteor 650. While that happens, it is also parallelly working on upgrades to the Interceptor 650 and Continental GT 650, with the latter being spotted with alloy wheels. In this continuing cycle of updates and testing that’s involved, new pictures of an Interceptor 650 test mule has surfaced.

The Royal Enfield Interceptor 650 looks exactly like the current Interceptor 650 that’s on sale, in the rather fetching Mark 2 paint scheme. What’s new, however, is a large windscreen. The windscreen is quite tall stretching up to the test rider’s chest, and will certainly offer much better wind protection than the tiny, accessory flyscreen that’s currently available.

Besides the windscreen, the test mule is identical to the current Royal Enfield Interceptor 650, suggesting that the company may well be testing the new accessory before introducing them as part of its vast official accessories catalog.

Tell us what you think of the Interceptor 650 with the new accessories in the comments section. 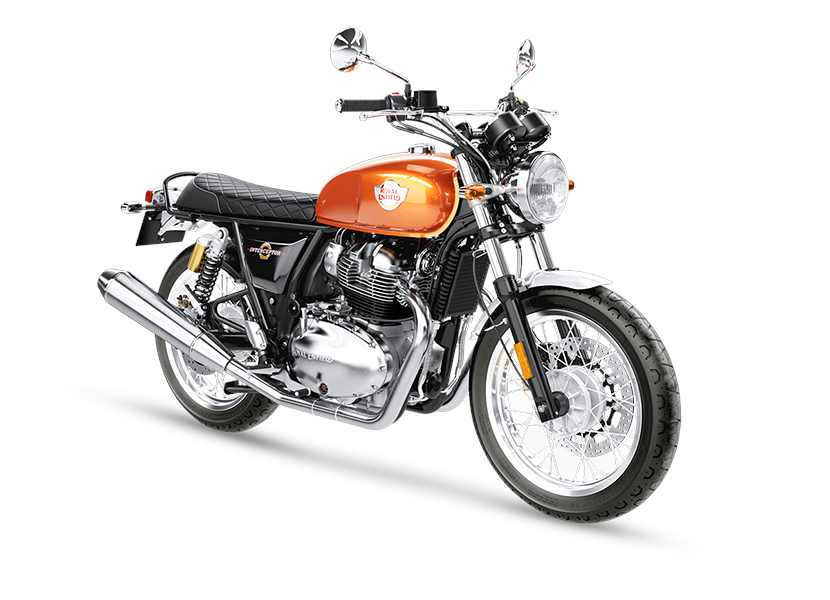