The new Royal Enfield Bullet 350X is a more affordable variant of the current Bullet 350. 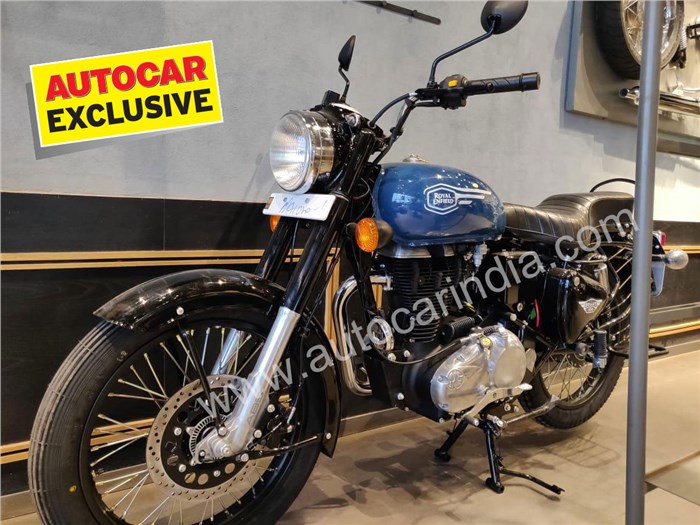 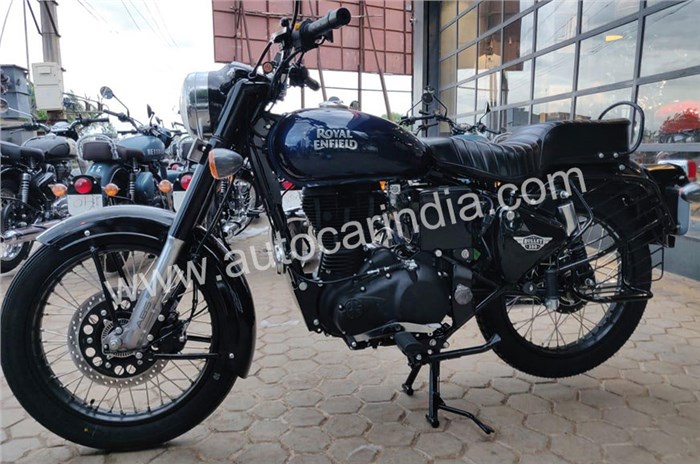 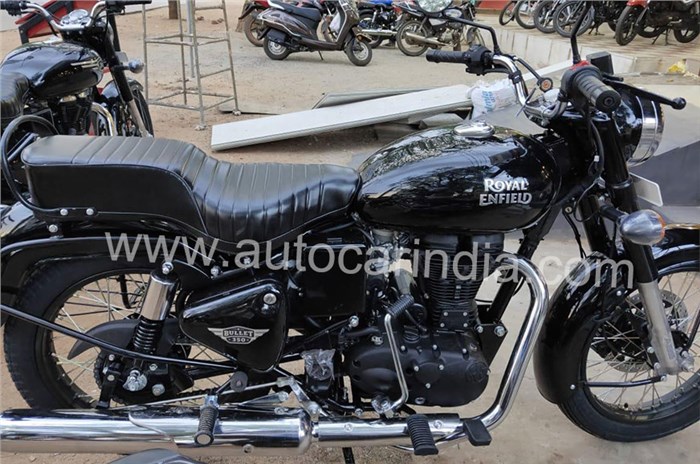 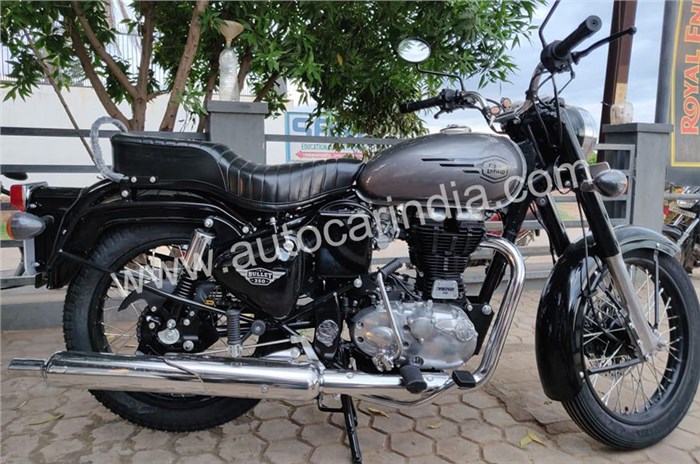 A few days ago, we brought you the news that Royal Enfield was readying a more affordable motorcycle for launch that would be based on the Bullet 350 platform. We now have exclusive images of this motorcycle and we can confirm that it will be called the Bullet 350X.

As we mentioned earlier, the Bullet 350X will be a styling exercise over the standard Bullet and the main difference comes in the form of a blacked-out theme replacing much of the chrome. The engine block is now finished in black as are the crank cases. The wheels, however, remain spoked units, unlike in the Thunderbird 350X, which moved to alloy wheels and tubeless tyres.

While the standard Bullet 350 only comes in black, the Bullet 350X will be available in several colours. Interestingly, in some shades, there’s a bit of silver finish on the top of the engine, as well as on the crank cases. We’ve also noticed that the insignia on the fuel tank is simpler and this also differs, based on the colour. In the case of the black version, you just get ‘Royal Enfield’ lettering, whereas the blue and silver versions also get a bit of graphic work around the lettering. It’s hard to tell from the images, but there appears to be a dark green and dark blue colour scheme available as well. What the Bullet 350X misses is the classic pin-striping found on the standard Bullets, and the insignia on the side quarter panel looks simpler as well.

Mechanically, the bike is almost certainly going to be identical to the Bullet 350. This means the bike will be powered by the same 346cc, single-cylinder air-cooled engine that produces a humble 19.8hp accompanied by a solid 28Nm of torque. If you’re eager to see more exciting power figures backed by increased refinement, you’ll have to wait a little longer until the new generation single-cylinder models debut sometime next year.