The upcoming model will be based on the Bullet platform and could go on sale in a month or two. 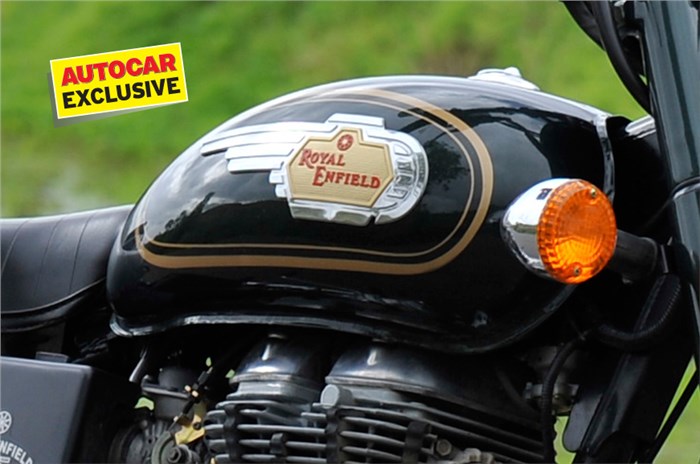 These have been difficult times for the entire auto industry, but Royal Enfield is really feeling the burn. In the quarterly financial results released by Eicher today, it was revealed that Royal Enfield sales have dropped by a whole 19 percent in Q1 FY 2018-2019, compared with the same period last year. Royal Enfield is a huge part of the Eicher group, and this dip has certainly contributed to group’s 7 percent drop in overall revenue over the same period.

While commenting on Royal Enfield’s quarterly performance, Vinod Dasari, the company’s newly appointed CEO, has been quoted as saying, “We will also be introducing new motorcycle variants in the coming months to widen our offering and provide greater accessibility to our discerning customers.”

Sources lead us to believe that the upcoming variant that Dasari is referring to will become the most affordable motorcycle in the company’s present line-up. This bike will not use the new-gen platform that has been spied on test on numerous occasions, but will instead be based on the existing Bullet platform. Royal Enfield’s most affordable models at the moment is the Bullet 350 that costs Rs 1.21 lakh (ex-showroom, Delhi). If you want your Bullet with the option of an electric start, you’ll have to shell out Rs 1.35 lakh for the Bullet 350 ES.

This new variant will be based on the Bullet 350, both kick and electric start. It will be visually distinguished by a simpler fuel tank badge and a black treatment for the engine and other areas like the indicators, etc., replacing most of the chrome seen on the Bullet. We expect that the mechanicals will remain untouched and that the bike will continue to be sold with spoked wheels and tubed tyres to help keep costs down. Royal Enfield may also make use of brighter colours on this new variant, something that has been well received on the Thunderbird X. The same treatment may also be given to the 500cc models.

Just how low Royal Enfield wants to price this bike needs to be established, but we could be looking at something around the Rs 1.10 lakh to Rs 1.15 lakh mark. If so, the entry level Bullet will enter the price ballpark of 200cc motorcycles like the Bajaj Pulsar NS200 and the TVS Apache RTR 200 4V. Royal Enfield is likely to launch this new variant in a month or two, and the lower pricing should create a much-needed sales push before the highly anticipated next-gen single-cylinder models arrive.