Royal Enfield bikes that will be offered with ABS will include the Bullet, Classic, Thunderbird and Himalayan models. 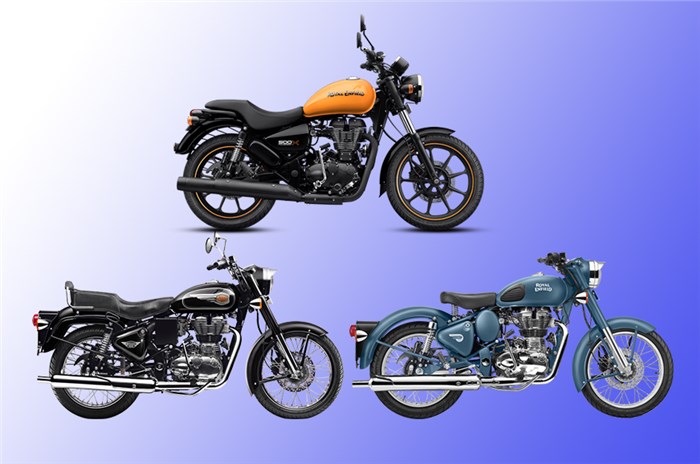 Royal Enfield is working on equipping its full range of motorcycles with ABS in a phased manner. This began today with the launch of the Classic Signals 350 and we believe that the full portfolio will have this life saving feature as standard possibly by the end of this year, or by early next year. The first models to feature this tech will be the Himalayan and the 500cc offerings. They get the feature next month. The 350cc models, on the other hand, will get ABS within the next four months.

We expect Royal Enfield to charge around Rs 10,000-12,000 more for this feature than the rear disc models that are currently on sale. This increment could grow slightly on models like the Bullet, which doesn’t feature a rear disc brake with a price difference closer to the Rs 15,000 mark. On the other hand, the Bullet might offer single-channel ABS which will come at a lower cost. This remains to be seen.

The recently launched Classic Signals 350 is the first offering from Royal Enfield to feature ABS in India. This special edition bike is around Rs 15,000 more expensive than the non-ABS, rear disc brake equipped Classic 350. That said, the bike does feature a special colour scheme and badging. Given that Royal Enfield does usually charge a little more for special colour schemes (think Classic Desert Storm), the additional cost for the ABS tech could be closer to the Rs 10,000-12,000 mark. Aside from the ABS light on the instrument console and the ABS decal that might make it to the upcoming models, they will remain visually unchanged.