The Honda PCX electric scooter was showcased in India at the 2018 Auto Expo. 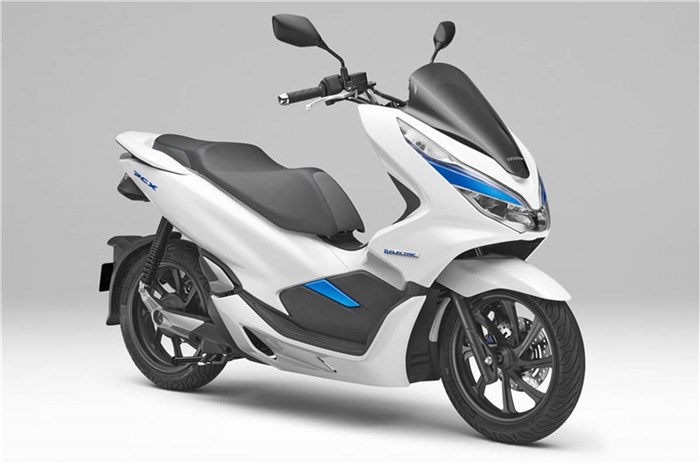 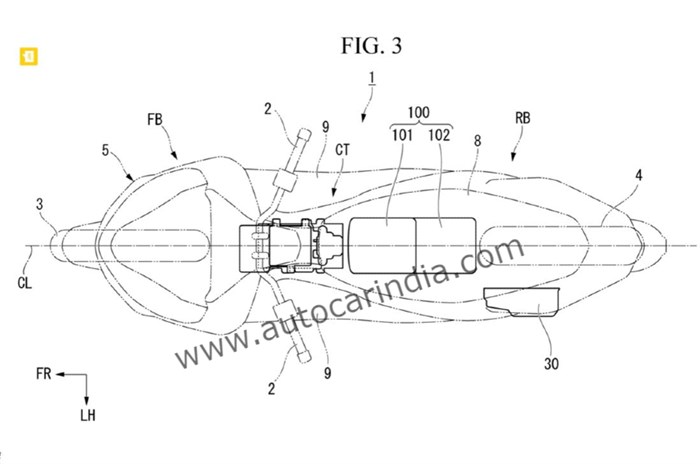 Honda has filed a patent for the PCX electric scooter in India, revealing a few details about the model.

The patent drawings of the Honda PCX electric scooter show a removable battery, a convenient feature for those without access to an EV charging station. The rider can simply haul the battery up to their home or office and plug it into a socket. We've already seen such a feature in some of the electric scooters that we've tested in the past. While the convenience is a given, one of the issues we faced was with carrying the heavy battery pack.

That said, those with access to an EV charging station can also recharge the battery of the PCX electric scooter using the charging cable that is provided.

The Honda PCX EV sold in international markets is powered by a 4.2kW (5.6hp) motor and has a top speed of 60kph, which is lower than scooters like the TVS iQube Electric.

The scooter gets two swappable battery packs and offers a range of 40km. The batteries can be charged in six hours when plugged to an EV charging station.

The Honda PCX electric scooter was first showcased in India at the 2018 Auto Expo and the patent drawings show a similar design theme. It has a large front apron with twin integrated headlights and a windscreen, and its side panels flow towards the tail section in typical maxi-scooter style. 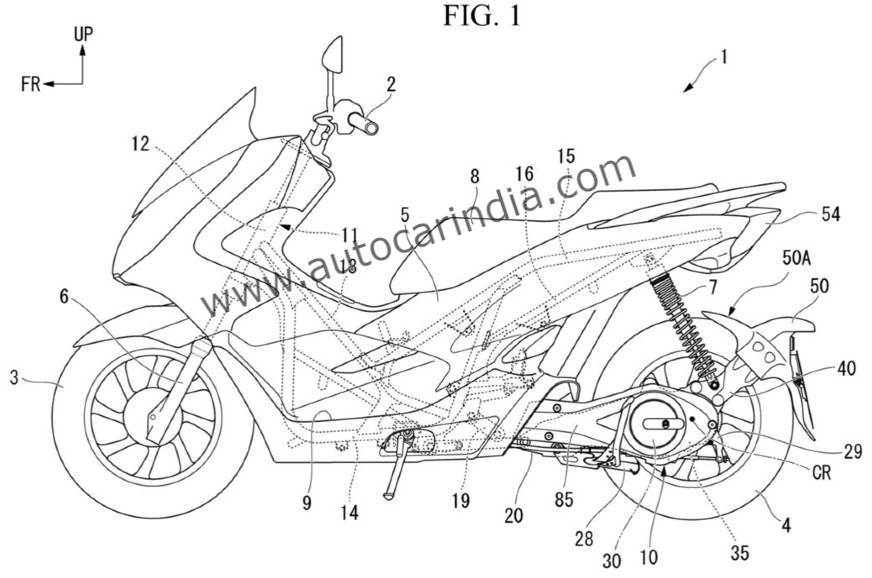 The long wheelbase also translates to spacious seating, with a wide floorboard split by a central spine.

The scooter rides on alloy wheels, with an ABS-equipped front disc and a rear drum brake setup. The chassis is suspended by a telescopic fork and twin hydraulic shock absorbers.

Honda recently announced its global plans for two-wheelers in the EV segment but made no special mention about India. While the filing of the patent for the Honda PCX electric scooter in India may seem like a positive development, it is way too early to say anything conclusive about its launch here.

As of now, there is a lot of action brewing in the electric two-wheeler space in India. Bajaj's Chetak, TVS' iQube Electric and Ather Energy’s Ather 450X are the three big Indian products in the market. Cab aggregator Ola Electric will also launch its electric scooter and also set up a Hypercharger network across India. On the other hand, Hero MotoCorp and Taiwanese company Gogoro will set up a battery swapping network in the country.