Ducati’s newly launched adventure tourer features some updates and improvements over its predecessor. How does it stack up against the fan favourite from Triumph? 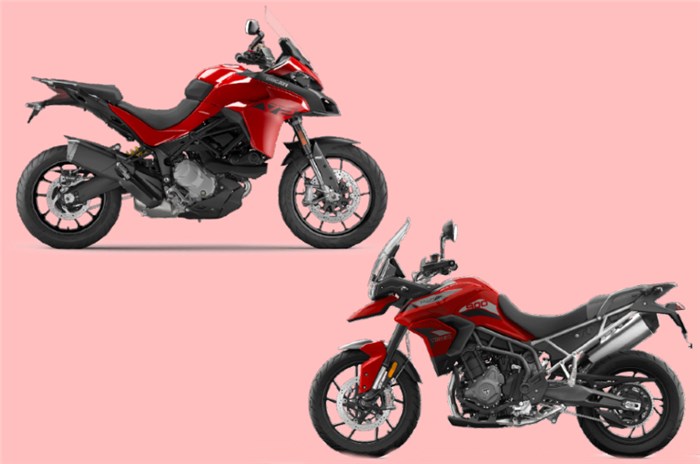 The Ducati Multistrada family of adventure tourers are often described as sportsbikes on stilts, owing to their zippy motors and sharp handling set-up. The latest in the line-up is the recently launched Multistrada V2, which is essentially an evolution of the Multistrada 950 that was on sale in India for a number of years.

But, when it comes to middleweight adventure tourers, the most popular bike in the segment had proven to be the venerable Triumph Tiger. A long time fan favourite in its 800cc guise, the brand made significant changes to the bike when it bumped up the displacement to create the Tiger 900 a couple of years ago. The GT variant of the Tiger 900 is the more street-oriented version that sits against the similarly road-focused Multi V2. So, how does Italian flair stack up against Brit brawn?

Both these brands have their own signature approaches to building engines, and the contrast between them is apparent in this comparison. Ducati's bread and butter is L-twin motors, and the Multistrada V2 uses exactly that layout in a 937cc format, managing some pretty healthy output figures in the process.
Triumph builds twin cylinder engines of its own, but has become renowned in the modern era for its inline-triples. The Tiger 900 aims to strike a middle ground between those two configurations, using an 888cc inline-triple motor, but with an uneven firing order that aims to more closely match the power delivery of a twin. This means the bike has lost its signature buzzy howl, making way for a more throaty twin-like exhaust note instead. The tradeoff is that its output figures have become more accessible, making the engine better suited to off-road applications.
The Tiger does have a bit of a displacement handicap, and its output figures are a little lower than the Duc's, but the margins are fine, and the Triumph is also slightly lighter, so there shouldn't be a whole lot of difference when it comes to real world performance. What's noteworthy is that despite its higher output figures, Ducati's 937cc mill isn't known for being the smoothest or most tractable at the bottom of the rev range, often coming across as juddery and clattery at low rpms. The Tiger, in comparison, is a happier playmate in the bottom reaches of the tachometer.

The Multistrada continues to have the upper hand in terms of specifications when we move into the chassis department. Its biggest advantage is in the area of suspension, where it offers fully adjustable units at both ends, giving you more scope to tune the ride and handling of the bike to your liking.

The Tiger, in comparison, is only adjustable in two out of three parameters at each end. But it does offer slightly more travel at the front wheel, and while the Multi's chunkier tyres might give it an edge when it comes to on-road grip, the Tiger's more slender rubber should make it more manageable off-road. Overall, the Tiger seems to have a little more off-road focus than the Multi, even though this is the more road-focused GT variant of the big cat. The Ducati certainly has the credentials to be taken off-road itself, but while still making for a pretty engaging and capable road bike. We even found its predecessor, the Multistrada 950, to be loads of fun out on the racetrack! Both bikes have more expensive variants that offer fully adjustable electronic semi-active suspension.

Seat heights on both bikes are relatively accessible, considering the format of these motorcycles. But the Triumph goes a little bit further by offering you adjustable seat height that can be dropped as low as 810mm. As we mentioned earlier, it's also the slightly lighter bike here, and these two factors, combined with the friendlier engine nature, should make it the more manageable and approachable option of the pair.

Considering it has the larger, more powerful engine and more sophisticated suspension hardware, it should come as no surprise that the Ducati is the more expensive motorcycle here. The margin seems to be quite proportionate, though – the Multi is under Rs 1 lakh costlier (Rs 14.65 lakh vs the Tiger's Rs 13.70 lakh)*, which is quite fair when you take it into account what it offers over the Tiger.

But that's not to say that the Triumph is an expensive or poorly equipped motorcycle in any way. Not at all. It's a well-rounded package in its own right, and both these motorcycles have very different characters when you ride them. So if you're conflicted between the two, the best thing to do would be to take a test ride. Check out our comparison review between the Tiger 900 GT and the Multistrada V2's predecessor to get an idea of the differing nature of the two motorcycles. 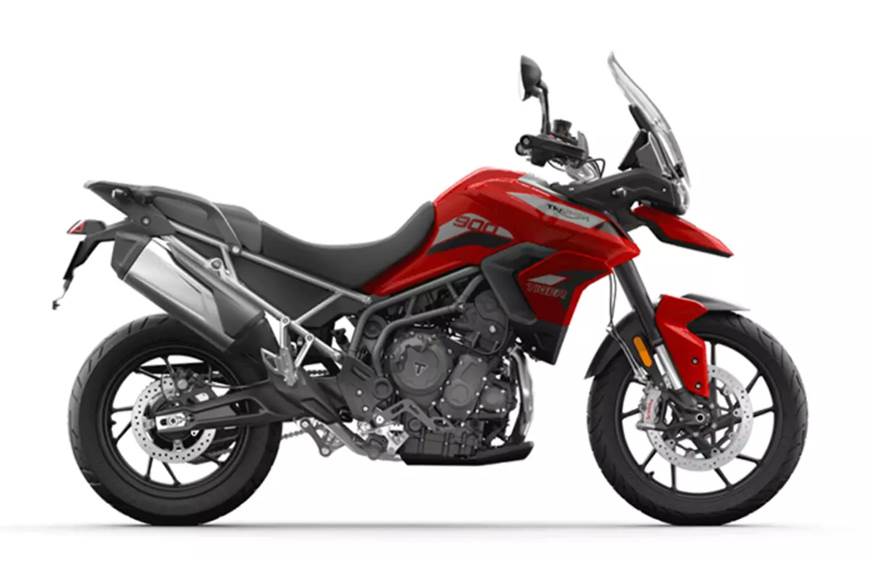 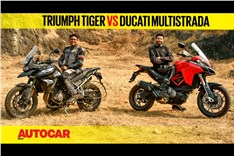