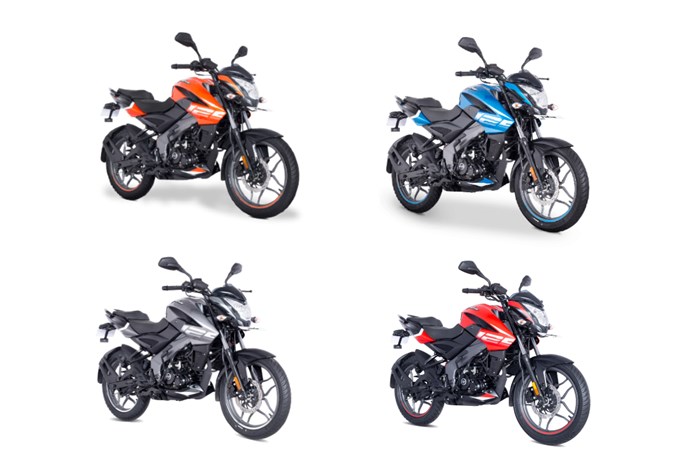 While it might look similar to the NS160 and NS200, the Pulsar NS125 is significantly different underneath.

The Bajaj Pulsar NS125 is the latest entrant to Bajaj’s line-up, taking the NS range up to 3 and Pulsar family to a total of 10 variants. Here are five things to know about it.

What’s new with the engine?

Powering the NS125 is a 124.4cc single-cylinder that makes 12hp and 11Nm of torque. These figures are very close to the ones on the standard Pulsar 125 (11.8hp and 10.8Nm). Like the Pulsar 125, this one also uses only air-cooling as its cooling method and makes do with a two-valve head. What this means is that the engine on the NS125 is far more basic than the units seen on the NS160 and NS200, or the KTM 125 Duke, for that matter. This engine comes paired to a five-speed gearbox.

What it shares with the higher-capacity NS models

It’s in the styling department that most similarities can be found. Not only does the NS125 sport an identical design to larger NS models, but it most likely even shares its body panels with those models. The fuel tank, for instance, appears to be the same unit and the spec sheet reveals that it has an identical capacity of 12 litres. The NS125 also features the same split seat and alloy wheel design.

What can one expect in the chassis department?

What’s nice is that the NS125 uses a perimeter frame like its larger siblings. Suspension, meanwhile, is handled by a telescopic fork and monoshock. The standard Pulsar 125 still uses twin shock absorbers.

The NS125 also uses a 80/100-17 tyre at the front and 100/90-17 tyre at the rear. These tyres are narrower than the ones found on the more powerful NS models and identical to the ones on the Pulsar 125. Interestingly, the NS125 also has the same brakes as the standard Pulsar 125 with a 240mm disc up front and a 130mm drum at the rear. The NS also misses out on ABS and uses a combined braking system.

Are the dimensions different?

What price range does it fit in?