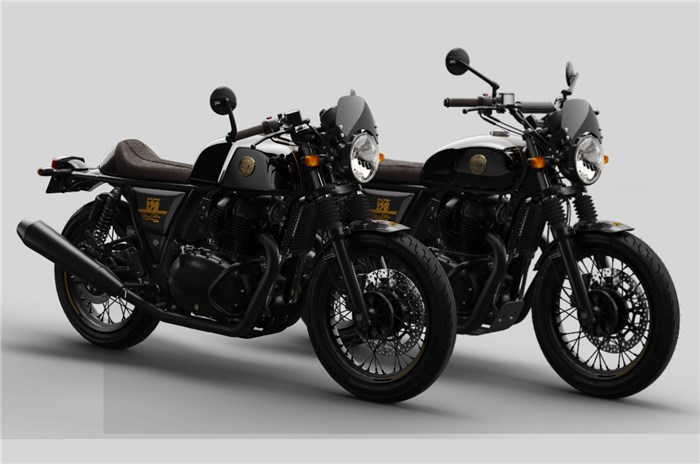 Royal Enfield has announced that 120 units of its limited edition anniversary 650 Twins, have been snapped up by buyers in just 120 seconds, or, two minutes.

A collector’s edition of 60 Interceptor INT 650s and 60 Continental GT 650s, launched in celebration of Royal Enfield’s rich and storied legacy, have garnered an overwhelming response from motorcycling enthusiasts across the country.

The 120 motorcycles were available for customers on a first come, first serve basis, and sold out within record time when sale opened at 7pm on December 6.

While there are no mechanical differences, the bikes feature a black chrome colour scheme and handcrafted brass tank badges, that represent the brand’s 120-year journey. Other changes include the engine, silencer and other elements finished in black. It also comes with an extended warranty for the fourth and fifth year over and above the three-year standard warranty.