The Interceptor 650 is now available in seven colour options, while the Continental GT 650 has got five new options. 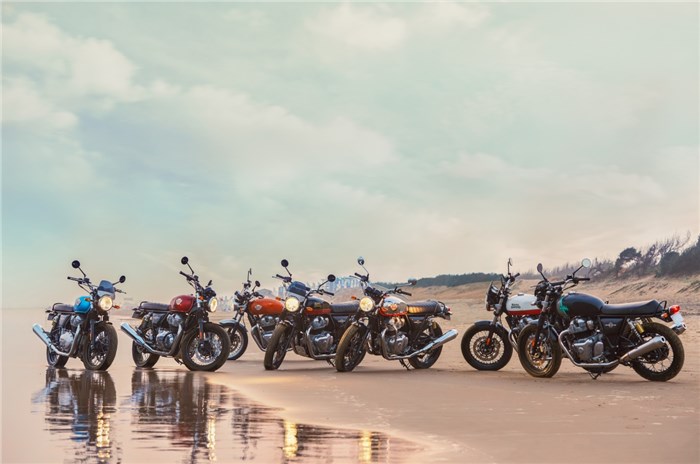 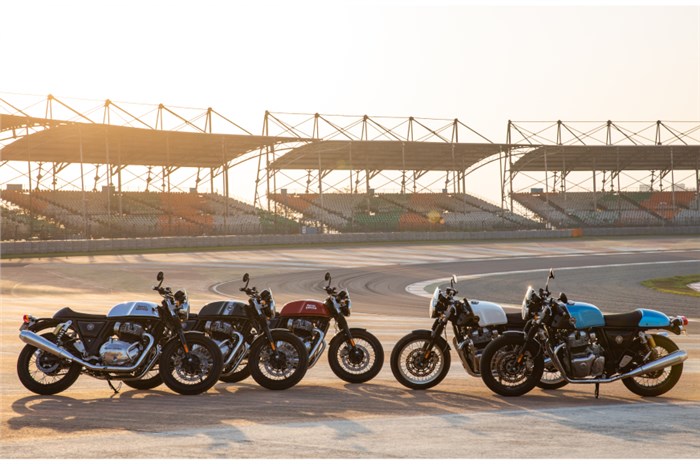 The Royal Enfield Interceptor 650 and the Continental GT 650 have just been launched in five new colour schemes, each. The 650 Twins from Royal Enfield have also received a host of Make it Yours (MiY) options with which customers can choose to personalise their motorcycles.

The Interceptor 650 is now available in two new Standard (single-tone) colour schemes, namely, Canyon Red and Ventura Blue. It also gets two new Custom (dual-tone) colourways – Downtown Drag, and Sunset Strip – and an updated version of the chrome Mark 2. Of the older colour schemes, the Interceptor 650 will continue to be available in the Orange Crush and Baker Express colours.

The Continental GT 650, meanwhile, gets two new dual-tone colours – Dux Deluxe and Ventura Storm – and has an updated version of the chrome variant in Mister Clean. Rocker Red and British Racing Green single-tone colour schemes have been added as well.

Apart from the new colours, Royal Enfield has also introduced blacked-out rims and mudguards to the single-tone colour variants of the Interceptor 650. Additionally, the MiY options also give customers the choice to include accessory seats, touring mirrors, flyscreen, sump guards and a host of other options.

The two motorcycles remain unchanged mechanically and have not received the Tripper navigation system that they were rumoured to be updated with.