F1 has announced races at Italy’s Mugello Circuit and Russia’s Sochi Autodrom on September 13 and 27, respectively. 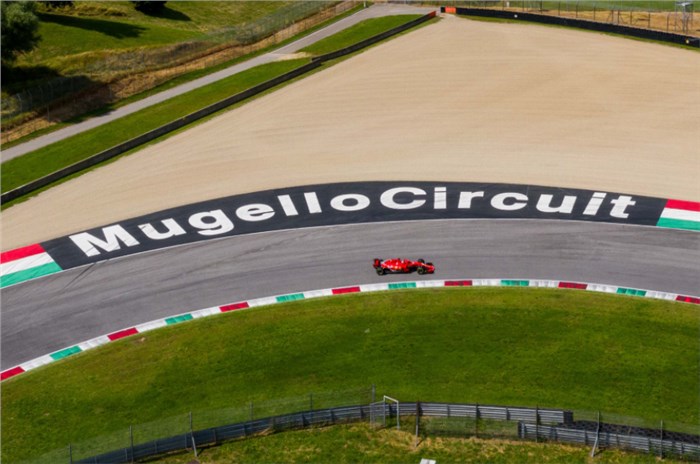 Formula 1 has added two more races to its 2020 calendar, confirming rounds at Italy’s Mugello Circuit and Russia’s Sochi Autodrom. The first-ever F1 race at Mugello will be held on September 13, while the Russian GP will retain its originally scheduled date of September 27.

This takes the total number of races for this season up to 10, but more events will be announced in the coming weeks. As reported earlier, F1 is expecting to host a total of 15-18 races and is looking to wrap up the 2020 season in Abu Dhabi in December 2020.

The Ferrari-owned Mugello Circuit has been a regular on the MotoGP calendar, but this will be the first time the venue will host an F1 race. Slated to be held over the September 11-13 weekend, the race will also mark Scuderia Ferrari’s 1000th F1 world championship race.

While F1 hasn’t raced in Mugello before, the fast and flowing circuit has been used for a number of tests, the most recent one being conducted by Ferrari (with Sebastian Vettel and Charles Leclerc) just prior to the season-opening Austrian GP.

Will spectators be allowed?

The initial set of races on the 2020 calendar will be held as closed events, with strict safety protocols in place. However, organisers of the 2020 Russian GP have confirmed that the 2020 Russian GP will be open to spectators and has re-opened ticket sales. The event’s organisers also added that they’re “meticulously preparing to receive spectators safely”. Of course, this could very well change considering the unpredictable nature of the COVID-19 situation.

Commenting on the newly confirmed races, F1’s Chairman and CEO Chase Carey said: “We are delighted to announce Mugello and Sochi will be part of the 2020 calendar and want to thank all our partners for their support in recent weeks. We had great start to our season in Austria last weekend and we are increasingly confident in our plans to race throughout the remainder of 2020.”