Bottas won the attrition-hit F1 2020 season opener ahead of Leclerc and Norris, while Hamilton was handed a penalty for colliding with Albon. 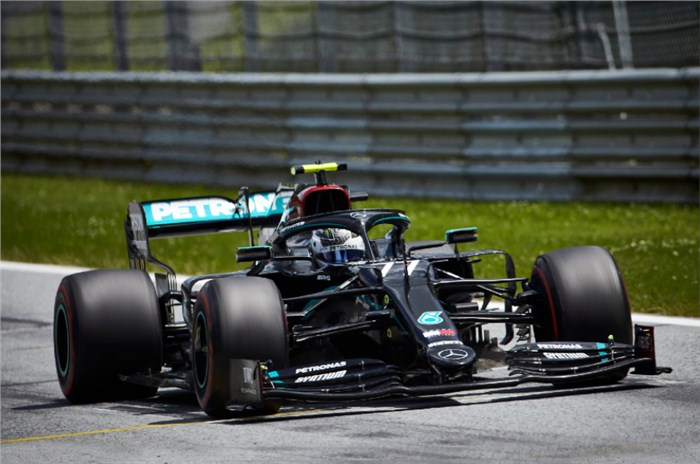 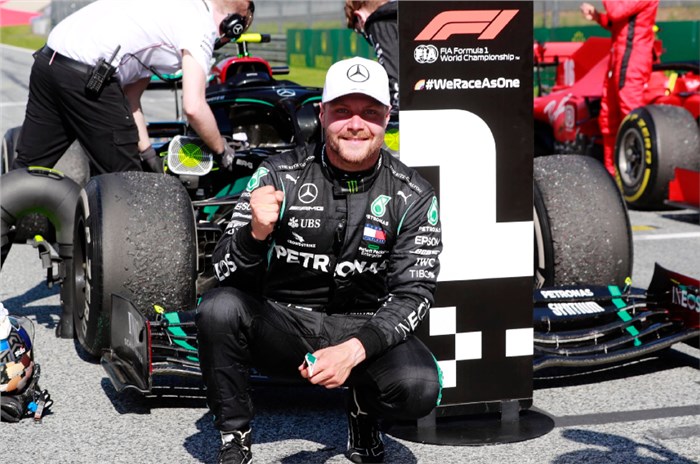 The Finn, who had started from pole, led Mercedes team mate Lewis Hamilton across the line. But the dominant champions were denied a one-two finish after the Briton was handed a five-second time penalty for colliding with Red Bull’s Alexander Albon, which dropped him out of the top three.

That elevated Charles Leclerc, already on course to salvage a 3rd place finish for Ferrari on a sobering weekend for the Italian team, up to 2nd. It also handed McLaren’s Lando Norris his first Formula 1 podium, with the 20-year-old (while 4th on the road) recorded as having pipped Hamilton by a margin of just 0.198 seconds in the final classification. Norris also took the extra point on offer for setting the fastest lap.

“No better way to start the season,” said Bottas, who kept his cool and the lead under relentless pressure from Hamilton through three safety car periods while also nursing a potentially-fatal sensor issue that threatened both Mercedes cars.

“There was definitely quite a bit of pressure - one safety car was okay, but I was like 'another, come on. Lewis was quick today but I was able to control it.”

Sunday’s win was the eighth of Bottas’ career and second at Austria’s Red Bull Ring. The 30-year-old, who also opened the 2019 season with a win, leads the standings on 25 points, seven points clear of Leclerc, with Norris a further two points adrift in second.

“Oh, I don't know, I'm speechless,” said Norris, who secured his spot on the podium with a bold wheel-banging move on Racing Point’s Sergio Perez.

“There were a few points where I thought I fudged it - I was fifth, (team mate) Carlos (Sainz) was closing in on me, but I didn't give up, got past Perez and I'm on the podium! I'm so proud of the team, coming back from where we were a couple of years ago. Proud to be part of it all.”

Leclerc was equally delighted if not surprised. His podium finish gave Ferrari, lacking pace and on the back foot, some cheer and crucial points as they wait until the third race in Hungary for updates that will hopefully make their car faster.

“I think we did everything perfect today to finish 2nd. We had a bit of luck with Lewis' penalty and some crashes, but that was the goal - to take every opportunity. There's still a lot of work to do, we are still very far away."

Nevertheless, he was up to 3rd in his black-liveried Mercedes in less than ten laps, before inheriting 2nd from Max Verstappen when the Red Bull driver, winner in Austria for the last two years, retired with suspected electrical problems.

The Briton tangled with Albon during the final safety car restart, as the latter attempted to pass him around the outside of Turn 4, with the contact pushing the Red Bull into a spin.

Still, Mercedes, who asked their drivers to ease off and keep off the kerbs thanks to the sensor issue, were fortunate to make it to the flag in a race that saw just 11 of the 20 cars make it to the finish.

Red Bull, tipped to be Mercedes’ closest challengers, suffered a double heartbreak at their home track.  Hamilton’s pre-race penalty elevated Verstappen to the front row with the Dutchman, starting on the more durable medium tyre compared to Mercedes’ choice of softs, eyeing a third Austrian win in three years.

But his early retirement dashed those hopes with Albon, who had been on course to salvage a podium until his tangle with Hamilton, also grinding to a halt with an engine issue.

American outfit Haas, already struggling for pace, also suffered a double retirement with both Romain Grosjean and Kevin Magnussen forced out by brake problems. Kimi Raikkonen meanwhile retired from the race in dramatic fashion when the front right wheel on his Alfa Romeo came off and rolled across the track in an incident that brought out the safety car.

Ferrari’s departing four-time world champion was involved in a tangle of his own. The German had steadily worked his way up the field after starting 11th and was running two places behind team mate Leclerc. But then a misjudged overtaking attempt on his 2021 Ferrari replacement Sainz saw him make contact with the McLaren and sent him spinning back down the order. He ultimately finished 10th.

Sunday’s race was the first since the outbreak of the COVID-19 pandemic after the scheduled season opener in Australia in March was called off hours before Friday practice got underway.

It was held behind closed doors with no fans and strict health, safety and social distancing measures in force. All those working in the sport including team, drivers, mechanics and the select number of invited journalists had to get themselves tested before the weekend started with tests carried out again at the track. There were no positive cases.

Formula 1 will be back racing at the Red Bull Ring again next Sunday, the first time the sport has held two championship races at the same track in the same season.

Branded the Styrian Grand Prix, after the region in Austria where the circuit is located, the race will be the second of eight races that have been confirmed so far.

Originally set for a record 22-race calendar, the sport is still aiming to host 15-18 races this year.