Mercedes has also pledged to further improve diversity within the team and F1 as a sport. 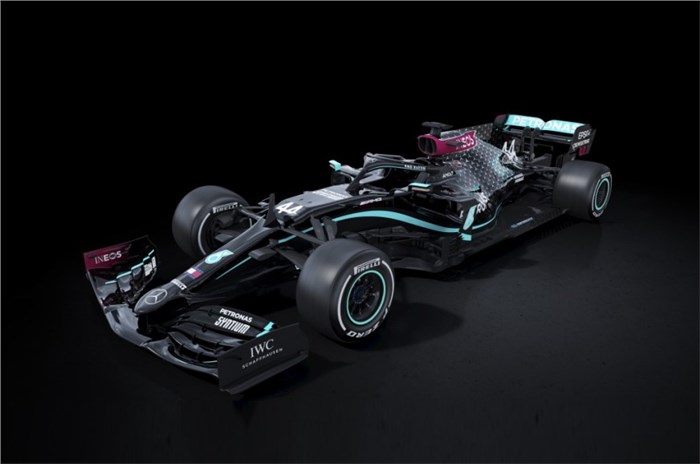 Just days before the 2020 F1 season officially kicks off, Mercedes has revealed that its cars will sport an all-new black livery this season, as a statement that the team stands against “racism and discrimination in all forms”.

In addition to the cars carrying a black livery, Lewis Hamilton and Valtteri Bottas will also race in black overalls. Both drivers will adapt their helmet designs accordingly as well. The cars will also display the phrase ‘End Racism’ on the halo, while the mirrors of the W11 will feature support for F1’s #WeRaceAsOne initiative.

Hamilton speaks up about lack of diversity in racing

Mercedes’ own driver Lewis Hamilton, who also happens to be the only black driver in F1 history, has been a staunch supporter of the Black Lives Matter movement. In the aftermath of the death of George Floyd in the United States and the global protests it sparked, racing series around the world have been forced to take a step back and reflect on the apparent lack of diversity in motorsport.

While speaking about the new initiative, Hamilton revealed that he’s also been subjected to racism in the past and highlighted the need to make meaningful changes that go beyond just the sport. “It’s so important that we seize this moment and use it to educate ourselves whether you are an individual, brand or company to make real meaningful changes when it comes to ensuring equality and inclusivity. I have personally experienced racism in my life and seen my family and friends experience racism, and I am speaking from the heart when I appeal for change. When I spoke to Toto [Wolff] about my hopes for what we could achieve as a team, I said it was so important that we stand united,” he said.

“We want to build a legacy that goes beyond sport, and if we can be the leaders and can start building more diversity within our own business, it will send such a strong message and give others the confidence to begin a dialogue about how they can implement change.”

Some important steps have been taken – F1 has launched its own equality and diversity taskforce (with F1 boss Chase Carey contributing USD 1 million) to increase opportunity for minority groups, and Hamilton recently announced the formation of the Hamilton Commission, a research partnership with the Royal Academy of Engineering. The Commission is dedicated to exploring how motorsport can be used to engage more young people from Black backgrounds with STEM subjects and ultimately employ them in teams or in other engineering sectors. And this latest move sees Mercedes, arguably one of the biggest teams in F1 right now, publicly display its support for greater diversity.

Mercedes has admitted that just three percent of its workforce belongs to minority ethnic groups and only 12 percent of its employees are women. “This lack of diversity shows that we need to find new approaches to attract talent from many areas of society we do not currently reach,” a statement from the team read. The team added it will announce a new Diversity and Inclusion programme before the end of the year.