Formula E, CEO, Jamie Reigle, says India remains a frontrunner to host an E-Prix as the championship looks to expand its calendar. 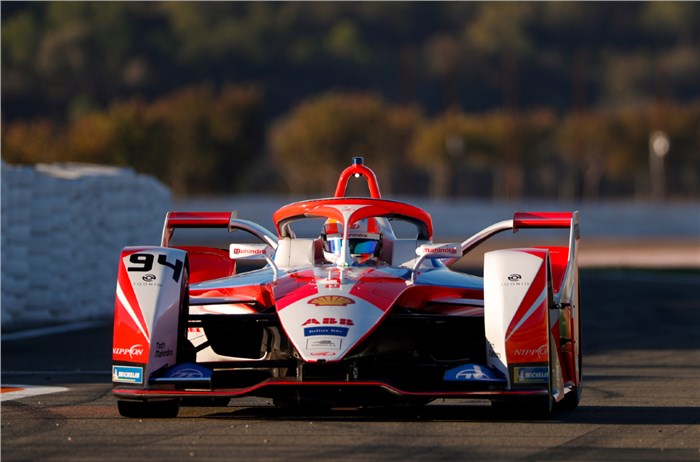 Talks of a potential Formula E race in India have been making the rounds for several years now, only bolstered by the fact that Mahindra Racing has been part of the grid since Season 1. While an Indian E-Prix hasn’t yet materialised, Formula E, CEO, Jamie Reigle, says the country remains on the top of the championship’s priority list as it looks to expand its calendar in the coming years.

Formula E is about to kick off its seventh season later this week, with a double-header – and its first night races - in Diriyah, Saudi Arabia, on February 26-27. This season will be pivotal for the electric racing series as this will be its first as an official FIA World Championship, joining the likes of F1.

The championship has been hit hard by the effects of the pandemic. Its earlier 2021 season opener in Santiago was postponed less than a month before the race and organisers are yet solidifying a full calendar. With the exits of BMW and Audi grabbing headlines, this season will also play a key role as the championship looks to secure the long-term commitment of manufacturers for Gen 3.

Now more than ever, Formula E needs to start branching out to different markets to secure its long-term future. As part of its Gen3 era (from 2022 onwards), Reigle claims the championship is looking to expand its calendar to up to 18 races, and India remains a frontrunner to host an E-Prix.

“We’re not encumbered by decades of history in Formula E, we can really be innovative and shift the product to still be true to what people have in mind when they think of motorsport, but do so in a way that breaks new ground and involves the fans in a different way. And I think that’s really well-suited to the level of digital integration you see in India,” Reigle said during a media interaction.

“There’s a lot of moons that need to align to make that happen, but when I look at our Gen 3 cycle that’s coming, we’re very clear that we want to increase the number of races. Today we’re at about 14; I think we can scale that with the next generation with the battery capacity to probably about 18 races. So, a longer championship, which would allow us to go to more cities and India features super high on that list.”

“It’s a huge market – deep understanding of sport, internationalist minded young generation that fits really well with our target consumers and if we can create a structure that makes sense, to have a race in that market would be amazing.”

Reigle hasn’t set a timeline on when India will host a Formula E race, since there aren’t any live feasibility studies being conducted at the moment. “But as soon as we can travel safely again, it’s very much on top of the priority list. If we have the support from our key partners and the right networking and the right influence locally, I’m confident that we can pull something off. So I have confidence, but it’s difficult to put a finger on when we can travel to India and start that process,” he added.

Reigle also believes having Mahindra Racing on board “is a huge benefit” as Formula E works on plans to bring the championship to India. Not only has the Indian outfit been part of the championship since its very inception in 2014, but it was also the first manufacturer to commit to the Gen 3 era.

Mahindra Racing struggled with reliability in the first-half of the 2019/20 season and ended up placing 9th overall. Armed with the all-new M7Electro, they are now hedging their bets on a new powertrain to help them return to their winning ways. The all-new powertrain is the first developed for the team by technology major ZF Friedrichshafen AG, following their partnership announced last year.

Also new on the M7Electro is the transmission system. The team’s partner, Shell, has also developed a dedicated e-transmission fluid to further enhance the efficiency of the transmission. This will be a pivotal change, considering the team had to switch to using an older spec powertrain last season due to a gearbox issue.

“I think this year the challenge is actually going to be how do we maintain that evolution through the year. And I think that is something on which we’ve done a lot of work in terms of growing the team. The mantra I have this year basically is to be consistent and persistent. We need to be consistent and then once we are at a good level, we need to be persistent to move that level higher,” he added.

As for the driver line-up former BMW Formula E driver Alexander Sims will join Mahindra Racing for Season 7. Sims also happened to win the Diriyah E-Prix last year and will be hoping to repeat that feat with Mahindra this time around.

Joining him is Alex Lynn, who was drafted in to replace Pascal Wehrlein for the final six rounds last season. Having to adapt to a new car in a relatively short amount of time, he picked up some strong points finishes for Mahindra Racing in Berlin, and even managed to outscore Jerome d’Ambrosio.