With Chile closing its borders to the UK, Formula E has had to postpone its 2021 season opener which was scheduled for January 16-17. 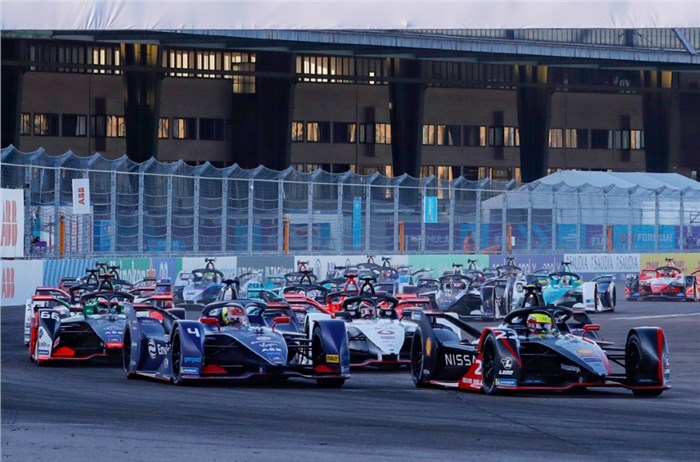 The Santiago E-Prix, which was supposed to be opening round of the 2021 Formula E season, has been postponed due to COVID-19-related complications. The decision comes after Chile, along with several countries around the world, closed its borders to the UK, following the discovery of a more transmissible strain of the virus.

The Santiago E-Prix was supposed to be held as a double-header on January 16-17 at the O’Higgins Park. However, with six of the 12 Formula E teams based in the UK, the new restrictions will prohibit staff from travelling to Chile for the races.

Organisers are working on re-scheduling the race to sometime later in the first quarter of 2021. A statement released by Formula E says, “In consultation with the Santiago municipality, the decision was taken to postpone the Santiago E-Prix. The races will no longer take place as a double-header on January 16-17 and Formula E is working with the city to finalise dates on which to stage the races later in Q1 of 2021.”

The Santiago E-Prix being postponed is the latest setback to hit the 2021 Formula E season. The all-electric racing championship had published its full Season 7 calendar in June, only to later retract it following the postponement of the scheduled races in Mexico and Sanya.

Several racing championships have successfully resumed action at closed-off circuits. However, Formula E’s format of hosting races in city centres has complicated matters for the championship. Keeping in mind the ever-changing nature of the pandemic, the 2021 Formula E calendar will be announced in batches.

For now, the Diriyah double-header on February 26 and 27 is the only confirmed event for next season. The event will be Formula E’s first-ever night race. But even this is uncertain since Saudi Arabia has also suspended all international commercial flights.

2021 will be Audi and BMW’s last year racing in Formula E. Audi will pull out of the championship to instead focus on its 2022 Dakar Rally entry. Meanwhile, BMW announced that it has “essentially exhausted any opportunities for technology transfer” between its Formula E project and production cars.

So far, Mahindra Racing is the only team to have committed to the Gen3 era of Formula E, confirming its spot on the 2022 grid.