Ahead of the 2021 F1 season-opening Bahrain GP, we give you a team-by-team lowdown on what to expect. 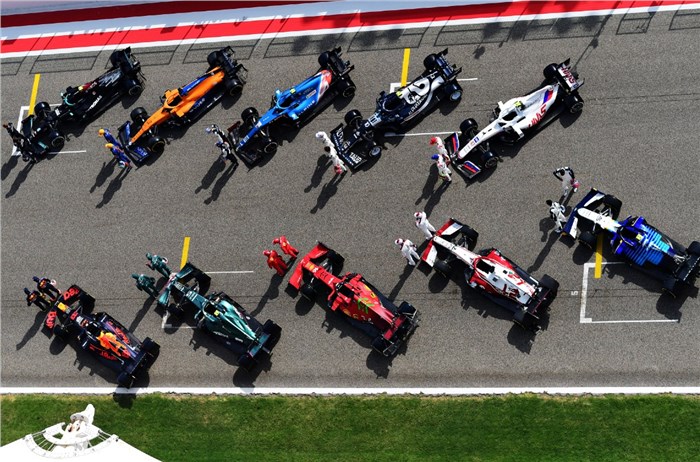 The 2021 F1 season will get underway in just a few days, with the Bahrain GP serving as the season opener on March 28. The teams have just recently completed the three-day pre-season test – the shortest ever in F1 history. And while testing rarely provides a clear picture of the pecking order, the fact that this year’s testing took place in Bahrain, at the same venue where the first race of the season will be held, means that testing form could be far more representative than in the recent past.

So which teams look like they’re in the best shape? Read on to find out: 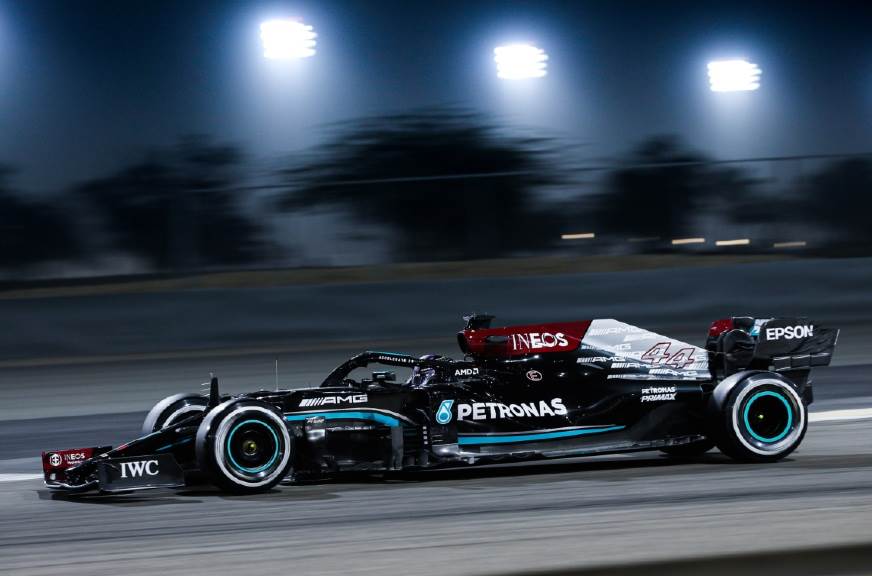 Mercedes endured an uncharacteristically tough time in the pre-season tests, racking up the least mileage out of all the teams. Development of some key chassis elements have been frozen for 2021. But some aerodynamic rule changes have been introduced to keep downforce in check, and this seems to have left the Silver Arrows slightly unsettled.

The new W12 E Performance ran into gearbox problems early on; Hamilton especially looked uneasy in the car, suffering multiple spins, and admitted that there’s “a lot of work to do” before the first race. But it’s not all bad news – F1 data shows that the team still leads the way when it comes to long-run pace and is second only to Red Bull on the short runs (albeit by a rather concerning 0.56sec).

Mercedes have simply dominated F1 in the current V6 hybrid era and are now on the verge of clinching an unprecedented eighth consecutive double title win. Despite a few niggling woes in testing, they’re yet very much the favourites heading into the season-opening Bahrain GP. 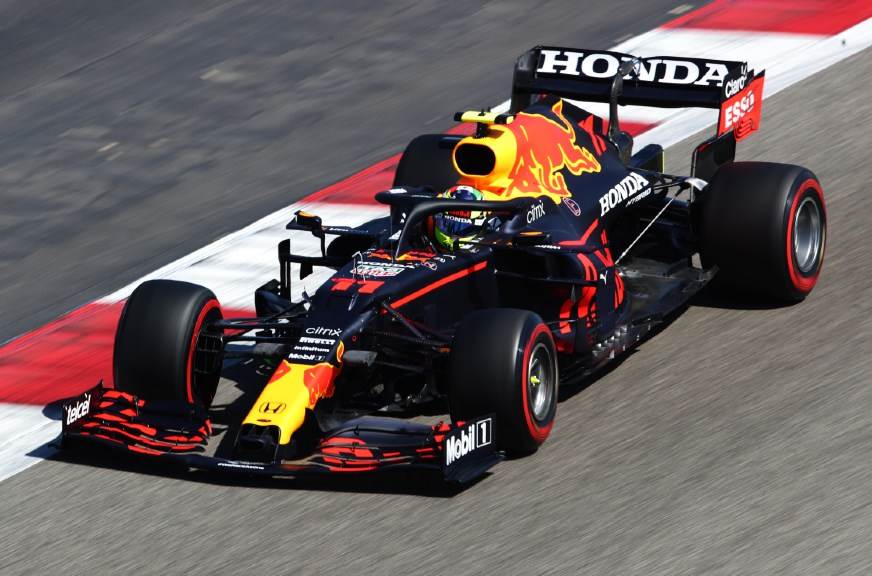 There are no winners and losers in testing, but if there were, Red Bull Racing would be the clear winners this year. The RB16B appeared to be stable and reliable in almost all conditions, and Verstappen even secured the fastest lap with a time of 1 min 28.960 secs. The Dutchman admitted that it’s probably been his strongest pre-season test yet. Despite the limited test time, Red Bull’s newest recruit Sergio Perez also seems to be settling in well.

Of course, there are no guarantees that Red Bull’s strong pre-season form will see them leading the pack from the get-go. But this is the most tangibly realistic shot the squad has had of beating Mercedes. And hopefully for F1 fans, this means we’ll see some more battles for race wins this year. 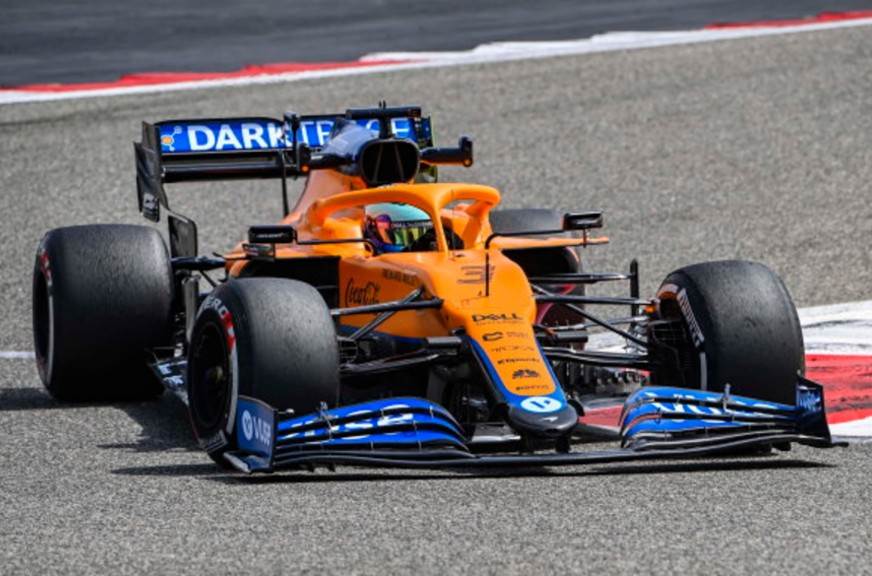 This year will see McLaren return to using Mercedes power. The team had their work cut out, having to fit an engine with a vastly different architecture into the existing chassis design. But there were no signs of faltering in the pre-season tests. F1 data shows they’re third overall on short-run pace, just 0.3sec behind Mercedes. The MCL35M, which features an innovative diffuser strategy, looked good in terms of overall reliability, too.

They also have a strong driver line-up this year – Daniel Ricciardo is a proven race winner and Lando Norris has impressed in his first two seasons in F1. So, overall, McLaren look well positioned to retain third place in the overall pecking order. 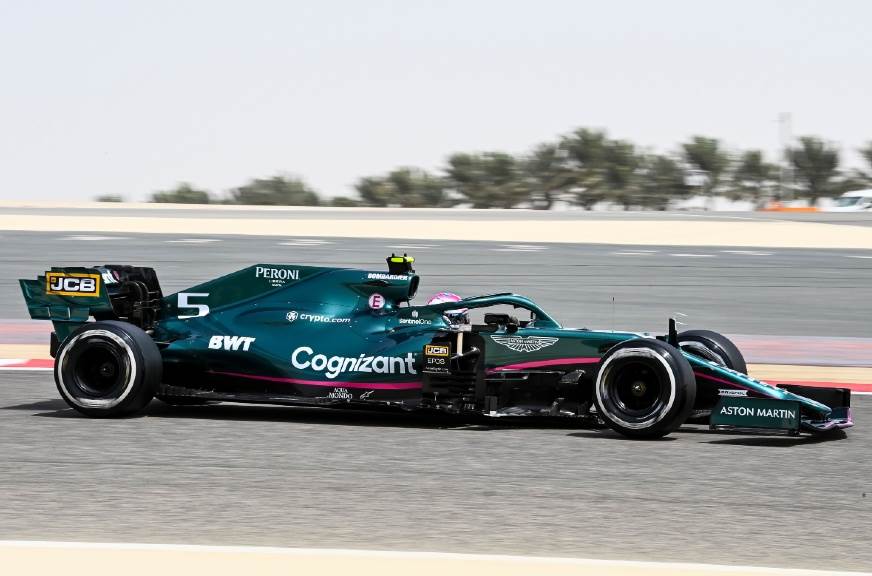 It was a frustrating pre-season test for Aston Martin (formerly known as Racing Point). The AMR21 is the company’s first F1 car in over 60 years, and on the back of a strong 2020 season for Racing Point, Team Principal Otmar Szafnauer is firmly targeting breaking into the top three.

But issues with the gearbox, turbo and electricals meant that car spent a significant amount of time just sitting in the garage. The team stands at the bottom of the mileage charts, only ahead of Mercedes by 10 laps. However, Lance Stroll did show some strong race pace when he was able to string together the laps.

Aston Martin never really got the chance to show off their pure pace, though; Vettel wasn’t able to complete even a single performance run. So, if they get their reliability issues under control, they could very well be a strong contender for ‘best of the rest’ title. 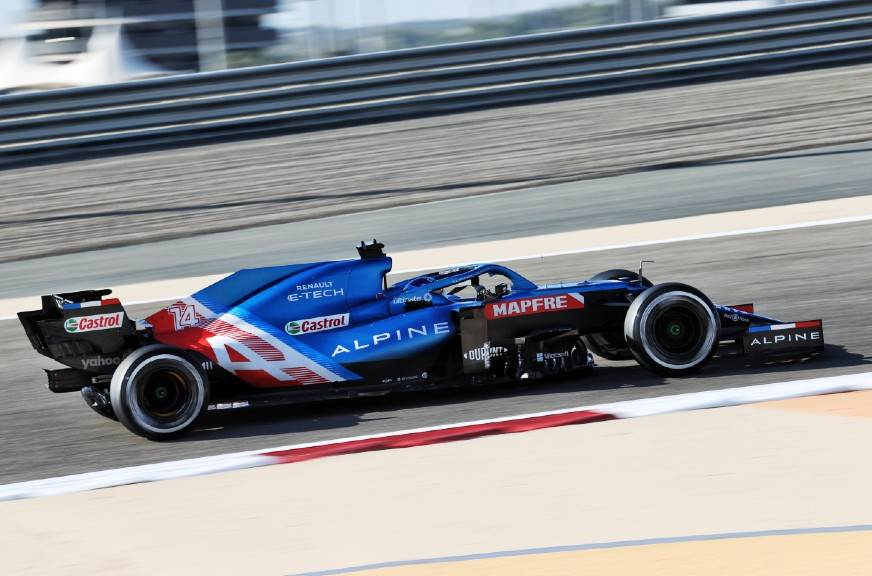 The biggest positive Alpine (rebranded from Renault) can take away from the tests is the fact that Fernando Alonso very much seems to be fighting fit. The returning F1 champion had to undergo surgery on a fractured jaw last month after a road cycling accident. But he looked as confident as ever out on track, racking up a total of 206 laps – 50 more than Hamilton and almost double of what Vettel could manage.

The team didn’t show any standout pace as such, but a consistent and trouble-free performance makes for a good starting point. Renault picked up three podiums last year and will be hoping to better that tally in 2021 as Alpine. 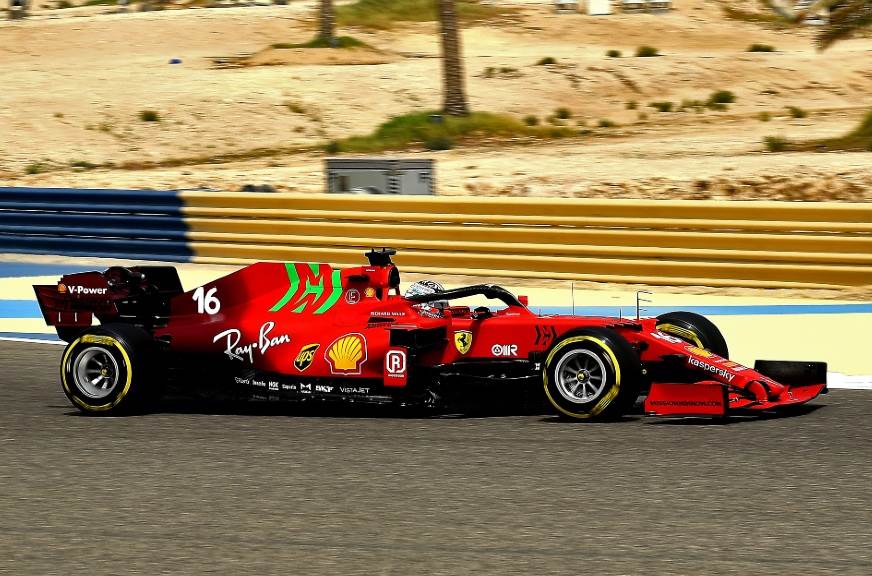 2020 was Ferrari’s worst season since 1980, as the team struggled to a 6th-place result. They simply cannot afford to have a repeat of last year, and that’s exactly why the Italian squad has introduced an all-new power unit.

Ferrari ran into some technical issues during testing, but the SF21 definitely seems like it has taken a step forward. Leclerc and Sainz made significant gains as testing progressed and team principal Mattia Binotto even said that straight-line speed is no longer an issue for the team. While all of this is certainly encouraging, Ferrari yet have to put a lot of work in if they want to return to their winning ways. 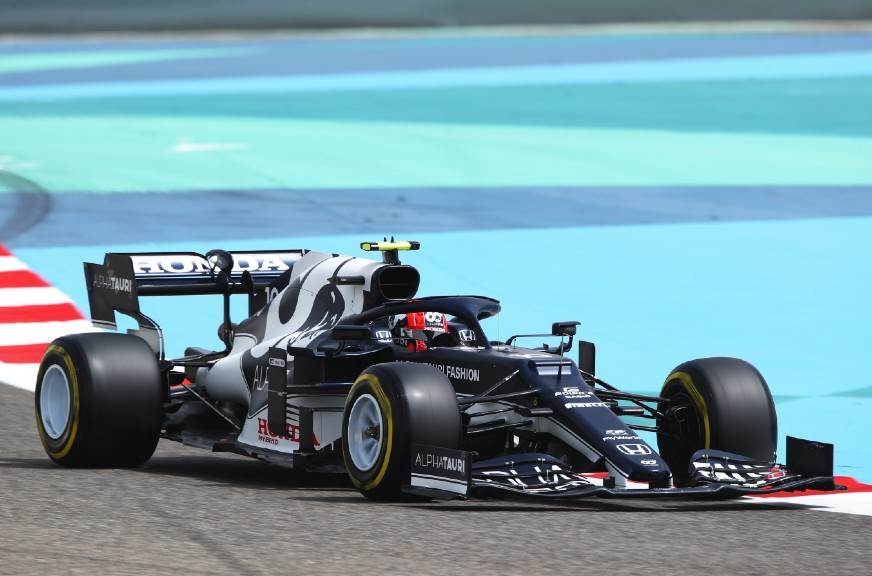 AlphaTauri completed testing with the joint-most laps (tied with Alfa Romeo). The team grabbed headlines when rookie Tsunoda set the second-fastest lap time across all three days, just 0.93sec off Verstappen’s fastest time. But Tsunoda was using the DRS button quite liberally during that lap – something that’s allowed during testing, but definitely not during a race or even qualifying.

Nevertheless, despite some minor issues with the DRS and brake pedal, it was a strong pre-season test for the team. Gasly showed impressive form last year, and will be determined to prove that his Italian GP win wasn’t a one-off. Tsunoda has just two years of international single-seater experience in hand, but testing showed just why he’s been promoted to F1 and he looks like a good fit for AlphaTauri. 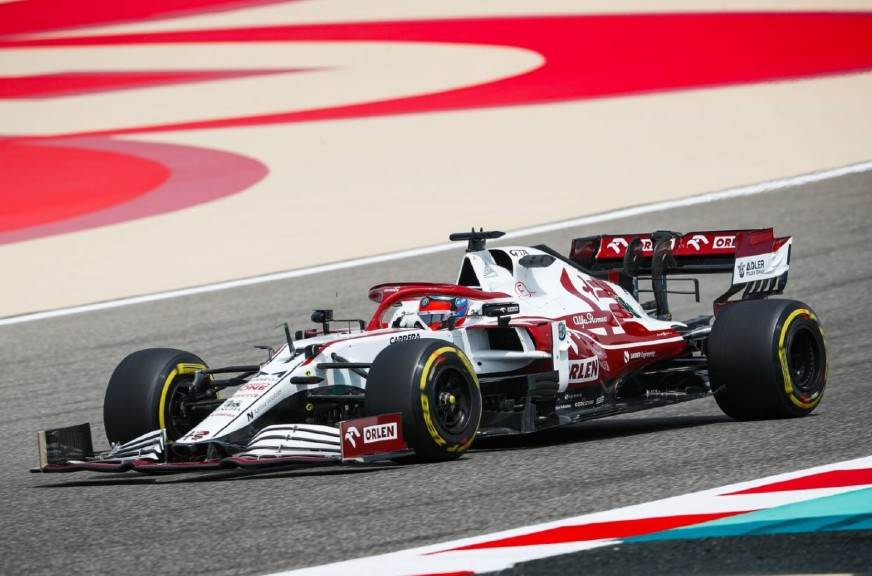 Alfa Romeo quietly went about their testing programme without any major issues. In fact, Raikkonen completed the second-most number of laps (229), just behind Gasly (237) and even set the fourth fastest lap time. The team spent their development tokens on changing the nose. That, combined with Ferrari’s new power unit, seems to have resulted in a fairly stable car, and both Raikkonen and Giovinazzi say they’re pretty satisfied with how the C41 handles.

Realistically speaking, though, the team’s main target for the year will be to outperform Haas and Williams and be the best of three teams in the tail end of the pack. 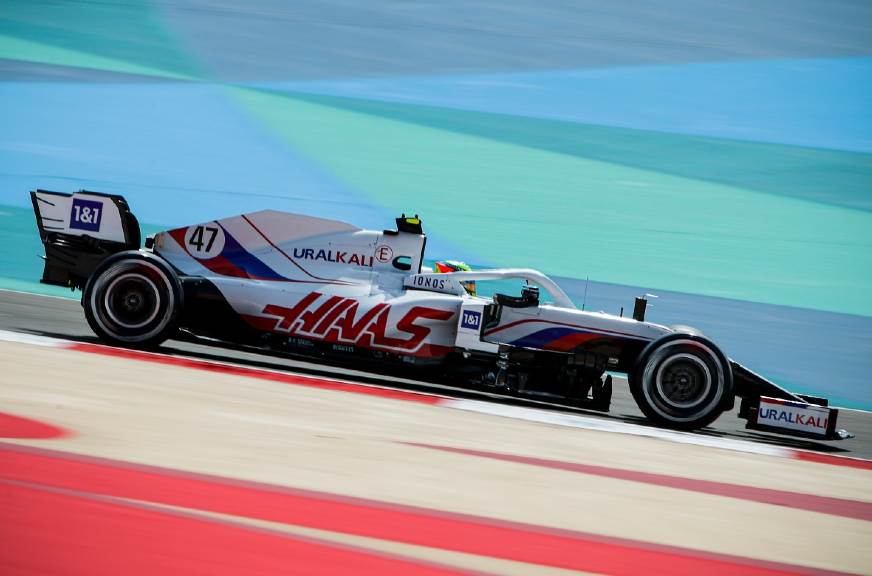 It’s a very different looking Haas F1 team this year; the team is sporting a brand-new livery and is fielding an all-rookie driver line-up, with Mick Schumacher and Nikita Mazepin. News of Mick’s move up to F1 had the racing world buzzing; after all, he is the son of seven-time F1 world champion and racing legend Michael Schumacher. But it’s going to be a challenging maiden season for both him and Mazepin.

The VF-21 showed good reliability in testing, but development of the car has been limited, with the American team confirming plans to divert as much resources as possible to 2022 when the new rules come into force. Nevertheless, armed with the updated Ferrari engine, Haas could yet bag a few good results, should the opportunity arise. 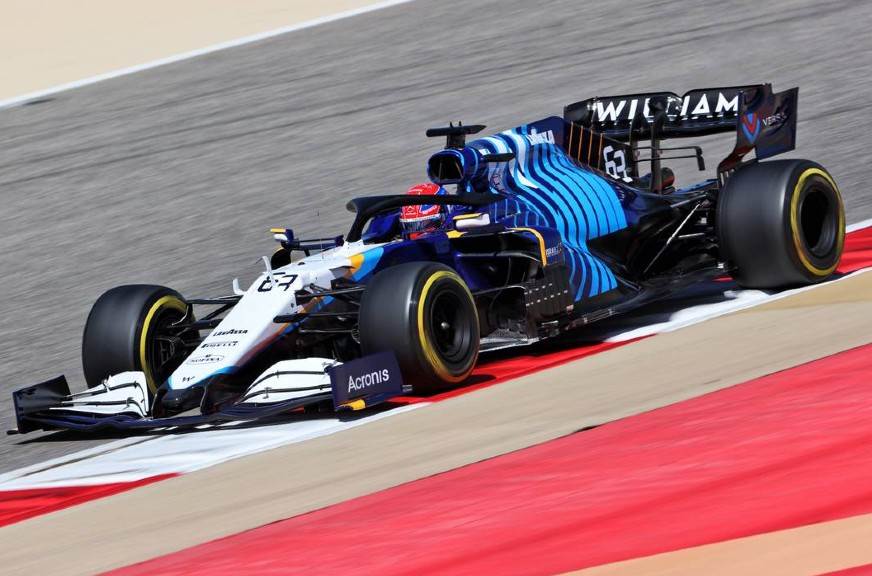 Williams have opted for a concept that focuses on peak downforce. As a result, the FW43B could vary in performance, depending on the conditions. The windy conditions in Bahrain only highlighted this weakness, with Russell confirming that the car was incredibly sensitive to wind. He conceded that the team would be “fast at some events and slow at others”.

But the team did seem to perform better than Haas on long run pace. They have already planned a whole slate of upgrades, some of which will be introduced fairly early on in the season. This should give Williams a realistic chance to beat Haas, who have instead opted to not develop their 2021 challenger at all.